Churchill Downs announced they are suspending horses trained by Baffert after the second test found betamethasone in the Derby winner's system. 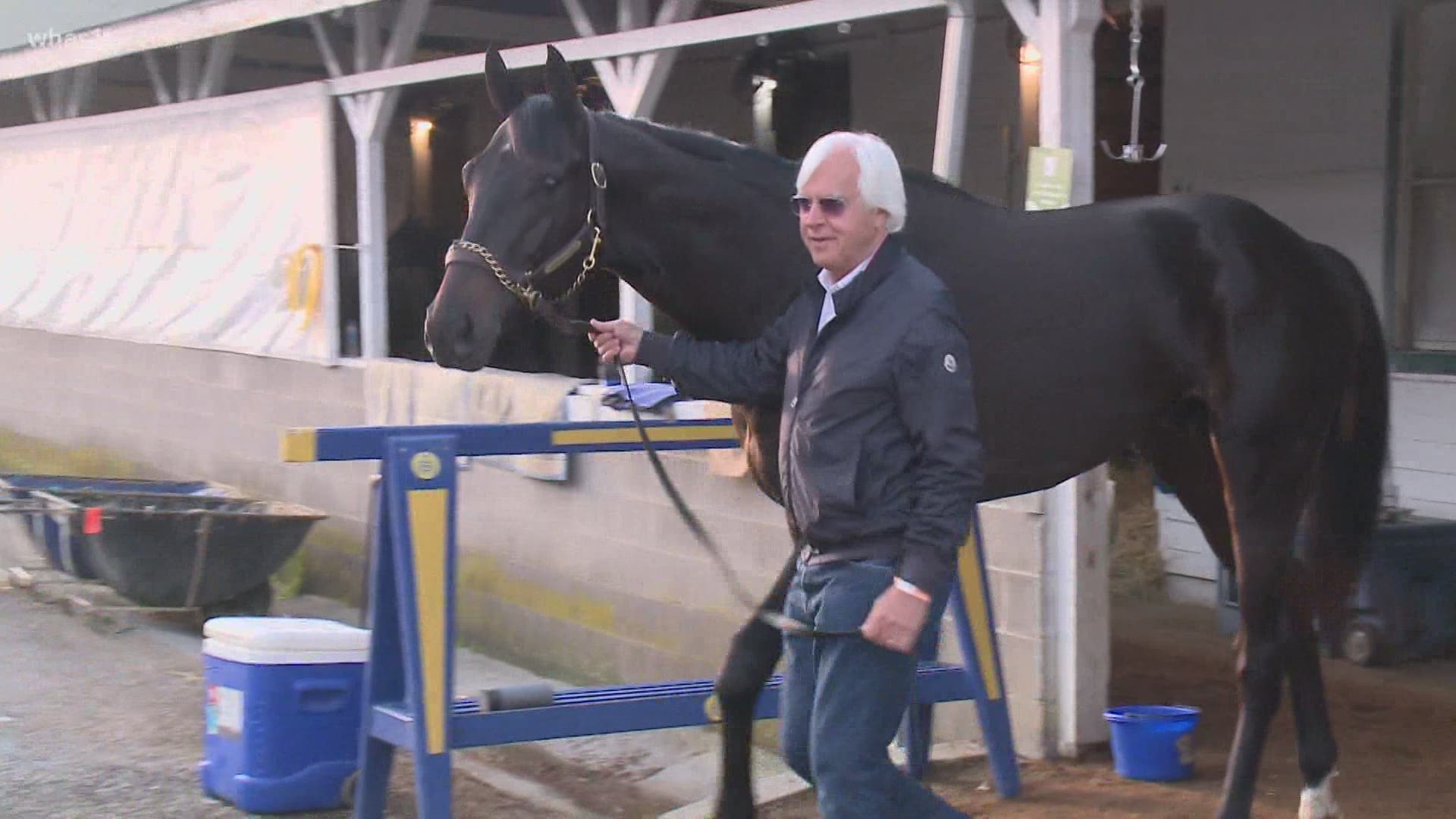 Betamethasone is an anti-inflammatory drug that can give horses relief from discomfort. The second test confirmed 25 picograms of the drug were found.

State horse racing rules require at least a 14-day withdrawal time from the medication, and any level of detection on race day is a violation.

A second test was conducted by a laboratory at the University of California, Davis and confirmed the findings of the initial test.

Baffert initially denied claims that the horse was treated with the drug but changed course.

Baffert said the 3-year-old colt was treated with Otomax, an anti-fungal ointment, to treat dermatitis. The seven-time Derby-winning trainer said he was informed that betamethasone is an active ingredient in the ointment.

Robertson said there is other testing taking place, including a DNA test.

"We expect this additional testing to confirm that the presence of the betamethasone was from the topical ointment, Otomax, and not an injection," Robertson said in a statement.

Clark Brewster, an attorney for Medina Spirit's owner, said his client has asked that the original post-race sample be sent to a different lab to be tested for the drug.

Statement from Baffert attorney 1/3: In response to the inquiries, this will acknowledge that the Medina Spirit split sample confirmed the finding of betamethasone at 25 picograms. There is other testing that is being conducted, including DNA testing. @WHAS11

Following the positive test, Baffert was suspended from running horses at Churchill Downs and other venues across the country.

Wednesday, Churchill Downs announced a two-year suspension of any Baffert-trained horses from running at the track.

"Churchill Downs Incorporated (CDI) has consistently advocated for strict medication regulations so that we can confidently ensure that horses are fit to race and the races are conducted fairly,” CEO of CDI Bill Carstanjen said. “Reckless practices and substance violations that jeopardize the safety of our equine and human athletes or compromise the integrity of our sport are not acceptable and as a company we must take measures to demonstrate that they will not be tolerated. Mr. Baffert’s record of testing failures threatens public confidence in thoroughbred racing and the reputation of the Kentucky Derby. Given these repeated failures over the last year, including the increasingly extraordinary explanations, we firmly believe that asserting our rights to impose these measures is our duty and responsibility."

Churchill Downs said that if the findings of the test were upheld, Medina Spirit's result in the Kentucky Derby would be invalidated and Brad Cox-trained Mandaloun would be declared the winner.

The racetrack said they are awaiting official notification of the split sample test results from the Kentucky Horse Racing Commission (KHRC) before making any decision on a potential disqualification noting that they have sole authority to nullify the Derby win.

KHRC said they cannot provide an update on the status of ongoing investigations.

"At the end of the day, we anticipate this case to be about the treatment of Medina Spirit’s skin rash with Otomax," Robertson said in closing. "We will have nothing further to say until the additional testing is complete."