The video, posted by Hurts Donut, has been viewed more than 100,000 times and promises a donut for best 'roast' comment 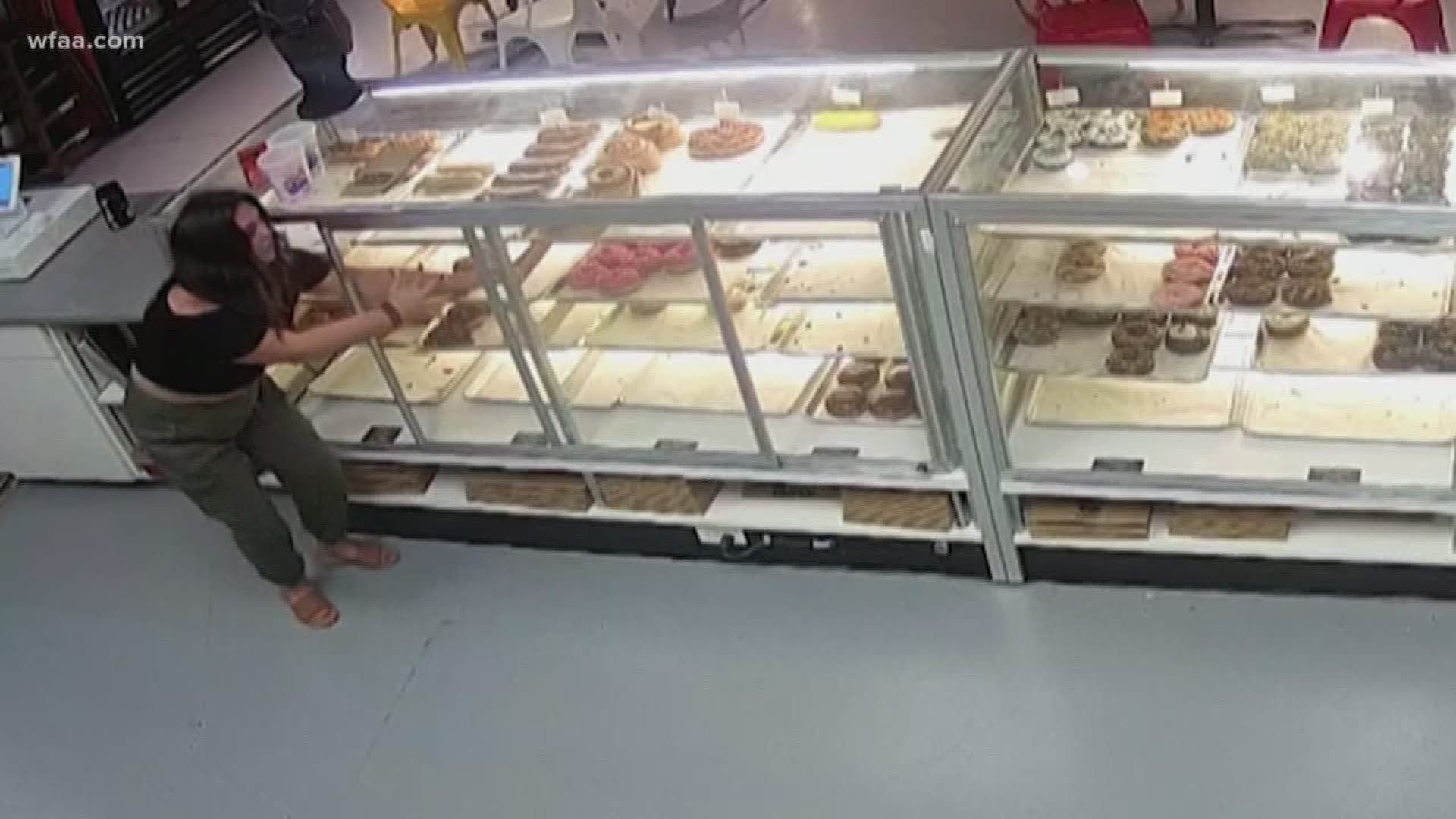 FORT WORTH, Texas — With flavors like Slim Shady, Andes Mint and Bacon Me Crazy, you can always count on some craziness at Hurts Donut in Fort Worth.

Around 2:30 a.m. – oh yeah, this place is open 24 hours a day – a customer snuck around the counter after her friends had all finished their donuts.

"She peeks around the corner and she decides to come in here," Selby said.

Video from three different angles shows what she did next. She snatched two donuts from the display case and made a dash for the door.

"I'm watching the video and I'm like, she's really stealing, and specific donuts, too," he said.

"She had to have the Homer," a sweet what you Simpson's fans would expect – a donut with pink frosting and sprinkles, Homer's favorite.

Then they did what most businesses do when they have a theft and it’s caught on camera, they posted the video to Facebook, and it took off.

The so-called "hurt and run" has been viewed more than 100,000 times. The post offers a free donut to the funniest comment, and one for the person who tags the woman.

"Oh my gosh, the comments," Selby said. "Whenever I'm bored I read the comments and just start laughing. You can't help but laugh."

Selby said people pointed him to the donut caper online, but she hasn't apologized yet. And that's all he wants, adding he's not going to call the police over two $1.75 donuts.

"We are kind of lighthearted here," he said. "We want people to have fun. We don’t want them to steal."

He gets his donuts may make people do crazy things, but he prefers them not to be criminal.