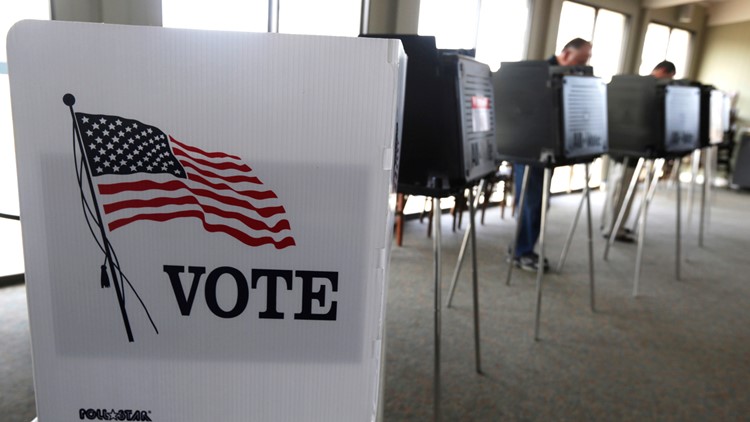 Photo by: AP
FILE - In this March 18, 2014 file photo, voters cast their ballots in the Illinois primary in Hinsdale, Ill. A lawsuit is challenging Election Day voter registration in Illinois while prompting concerns from civil rights groups about voter access in the November election. The lawsuit, filed in federal court last month by the legal arm of the Illinois Policy Institute, argues that voters in all 102 counties don't have equal access to same-day registration so it should be abolished at the precinct level. (AP Photo/M. Spencer Green, File)

FRISCO, Texas — Six of the seven Democratic candidates running for U.S. Senate will meet in Frisco Thursday afternoon for the first major event of the state’s primary.

"Frisco was first for a reason. The suburbs will decide the 2020 elections. Places like Denton County & Collin County could be the reason Texas turns blue,” said Ira Bershad, president of the Frisco Democratic Club, who organized the United States Senate Candidate Forum.

M.J. Hegar’s campaign said she had a previous commitment and could not participate today.

One of the Democrats will face incumbent John Cornyn in the 2020 presidential election. Despite more than 30 years of public service, Cornyn’s approval rating is mediocre with the same number of Texans disapproving of him than approving.

WFAA’s Jason Whitely, host of Inside Texas Politics, will moderate the forum.

The suburbs will likely be decisive in the 2020 presidential election. Long a Republican stronghold, the GOP has seen its support their erode in the last couple election cycles.

On Wednesday, The Hill named Tarrant County as a bellwether for the 2020 presidential election. The website said Tarrant County is one of ten counties nationwide that could determine the next president. Tarrant has traditionally voted Republican but in 2018, flipped to Democrats narrowly.