Dr. Jacquelyn Wilson, Center Director of C2 Education on Fry Road in Katy, says the College Board is constantly re-writing the SAT to keep questions from being leaked, and some versions are easier than others. 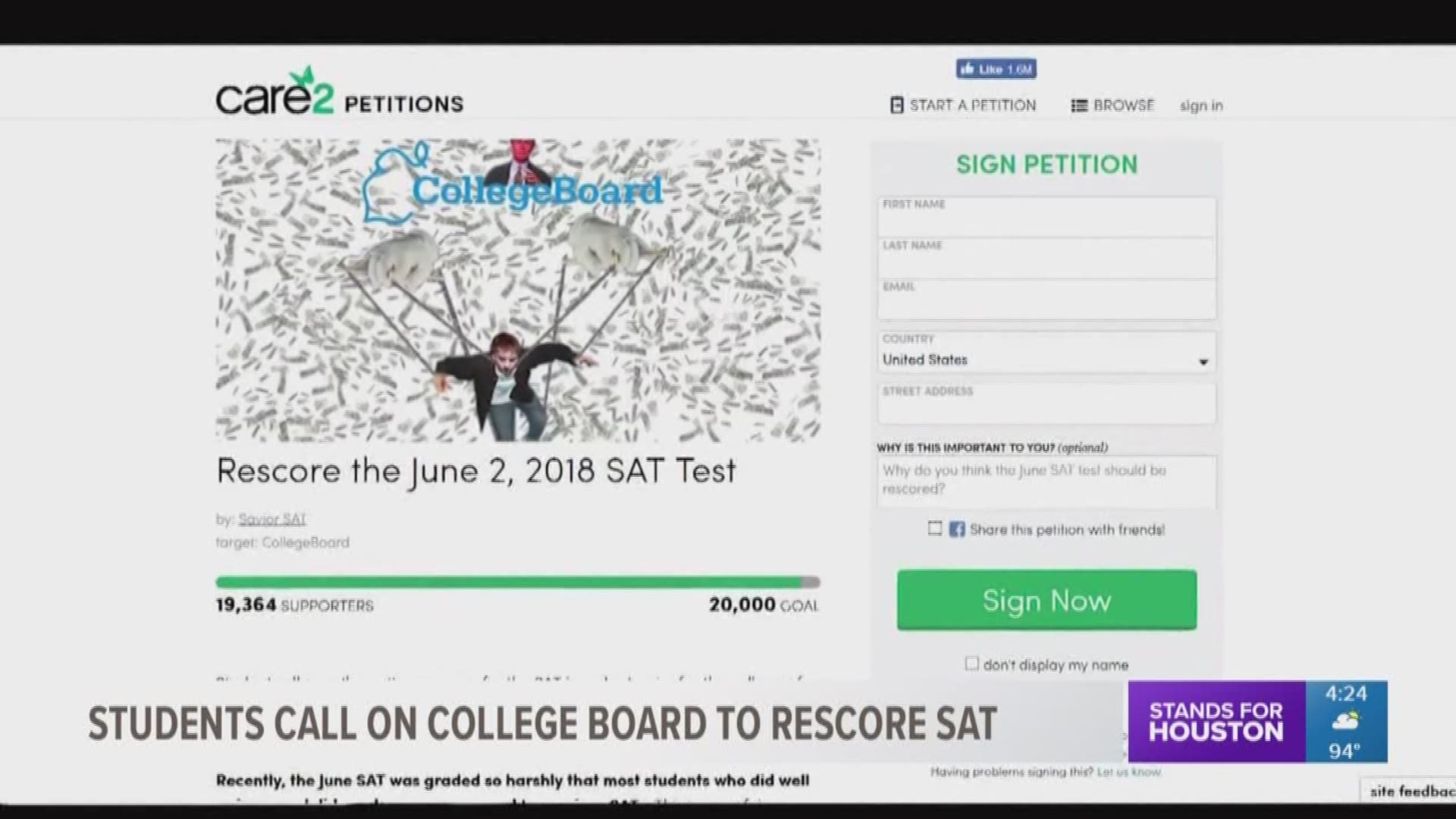 HOUSTON — Nearly 20,000 people have signed a petition demanding the College Board rescore the June SAT after students received lower scores compared to previous attempts, even when they got more questions right.

Some educators believe the test was too easy and resulted in lower scores due to the College Board’s scoring formula.

Dr. Jacquelyn Wilson, Center Director of C2 Education on Fry Road in Katy, says the College Board is constantly re-writing the SAT to keep questions from being leaked, and some versions are easier than others.

Dr. Wilson says the College Board deducts more points for a wrong answer on easier versions of the test in fairness to the students who took a harder version.

“They want to make sure that when they design them that a test from March of 2016 is the same core value as the test from June of 2018,” said Dr. Wilson. “What they did this particular test is they just made it too easy. They didn’t just scale it back for students. They made it very, very simple, and they had to have a way to distinguish between those students that scored 650, 700, 750 even 800. Two students could miss the exact same number of questions and get 650 and an 800 in the math section.”

Brian Tripsa, an incoming senior at Seven Lakes High School in Katy, said some of his friends who took the June SAT experienced lower scores.

“I’ve heard some people have missed like less questions or they missed like 10 less questions, and they got the same score,” said Tripsa. “The curve just like killed their hopes of getting into the colleges that they wanted to get into.”

Students all over the U.S. are reporting similar experiences. Nearly 20,000 people have signed a petition urging the College Board to rescore the June SAT.

Students and parents have been sharing their experiences and questioning the easiness of the June test on a recently created website, while some students are posting about their experiences on Twitter with #FixTheCurve and #RescoreJuneSAT.

KHOU reached out to officials at the College Board for an explanation of the June SAT scores and asked whether they would be rescored.

“The June scores we reported are accurate – the result would be the same even if we rescored it,” wrote Jaslee Carayol, Associate Director of Media Relations, in an emailed response.

Carayol directed KHOU to their web page explaining how the SAT is scored, which includes a special section on the June SAT.

The next SAT testing date is set for August 25.