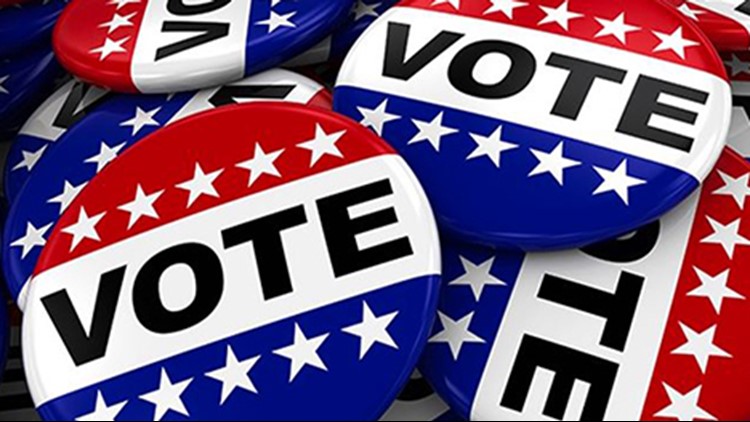 After months of campaign promises, political ads and social media wars, Election Day for the midterms is finally here.

Millions of voters have already cast their ballots, shattering early voting records all over the country.

If you chose to wait until Election Day, you have to vote your precinct area.

What form of ID do I need to bring to the polls?

If you’re confused about what ID to bring to the polls, you’re not alone. The legal wrangling over the state’s requirements has turned rather complicated. Here are the seven types of photo ID that will be accepted at the polls:

What if I don’t have one of the seven approved forms of ID?

If you have qualifying photo ID, bring it. But if you don't, you can still cast a ballot.

Voters who do not have any of those documents and cannot “reasonably obtain” them can still cast a vote if they sign a form in which they swear that they have a “reasonable impediment” from obtaining appropriate identification.

Those voters will also have to present one of the following types of ID:

A “reasonable impediment” can include a lack of transportation, disability or illness, family responsibilities or lost or stolen identification, among other things. And election judges may not question a voter about the reasonableness of a claimed impediment.

The “reasonable impediment” declaration forms will be available at each polling location. Voters are not expected to fill them out ahead of time.

Before you vote, you need to know who and what are going to be on your ballot. All Texans who vote decide statewide races, but ballots vary widely around Texas based on the candidates, bonds and other local issues unique to your location.

One simple way to find out which districts you live in is to plug in your residential address on Texas.gov, which will tell you your:

What devices should not be used in the polling place?

Who does this prohibition apply to at the polling place?

It applies to all voters within 100 feet of the voting stations.

What about voters with disabilities?

In recent years, advances in technology have enabled cell phones, tablets and other wireless communications devices to assist voters with disabilities. As an example, a voter may use a program/application on a cell phone to translate verbal communication into sign language, allowing the voter to understand communication by an election official. While this situation is not expressly addressed in the Election Code, an election judge or early voting clerk may use their authority to allow a voter to utilize these programs/applications at their discretion.

What about poll watchers, may they use these devices?

What about election officials, may they use these devices?

Yes, if they are using the device to conduct official duties.

What if the polling location is also a business location where a person may be employed and needing to use a wireless communication device for employment related matters?

This is permissible if the person is acting in the course of the person’s employment.

What if a person enters the 100-foot area while using a wireless communications device or appearing to record sound/image?

Questions or clarification should be directed to the early voting clerk or the presiding judge in your polling place, as appropriate.

How should voters be notified of this law?

A notice may be posted at the polling place by the early voting clerk or presiding judge. The notice should be posted where it can be read by persons waiting to vote. Our office has prescribed the wording of such a posted notice: Notice of Certain Devices Within 100 Feet of Voting Station.

Security Cameras in the Polling Place

Security cameras are essentially recording devices. If a building is being used as a polling place and has security cameras installed, our advice is to have the cameras turned off during the hours that voting is being conducted if it is possible to do so. If it is not possible, then making sure the cameras do not cover or film the voting areas is essential. The camera should not view the voting equipment at all.

In addition, recording of sound is a separate but equally serious problem. If it is possible to turn off that feature during the hours of voting, that will be necessary.

Voters are allowed to bring written materials into voting stations to assist them in casting their ballot. However, it is important to remember that the prohibition on electioneering within 100-feet of the polling place does apply to written materials. Election judges and early voting clerks may use their discretion in determining if a voter is electioneering for or against any candidate, measure or political party through the use of written materials.

It is also prohibited to use a sound amplification device to electioneer within 1,000 feet of the early voting or election day polling place; per Section 61.004 of the Code, a violation of this provision is a Class C misdemeanor.