Numbers may not come in until 2 a.m. 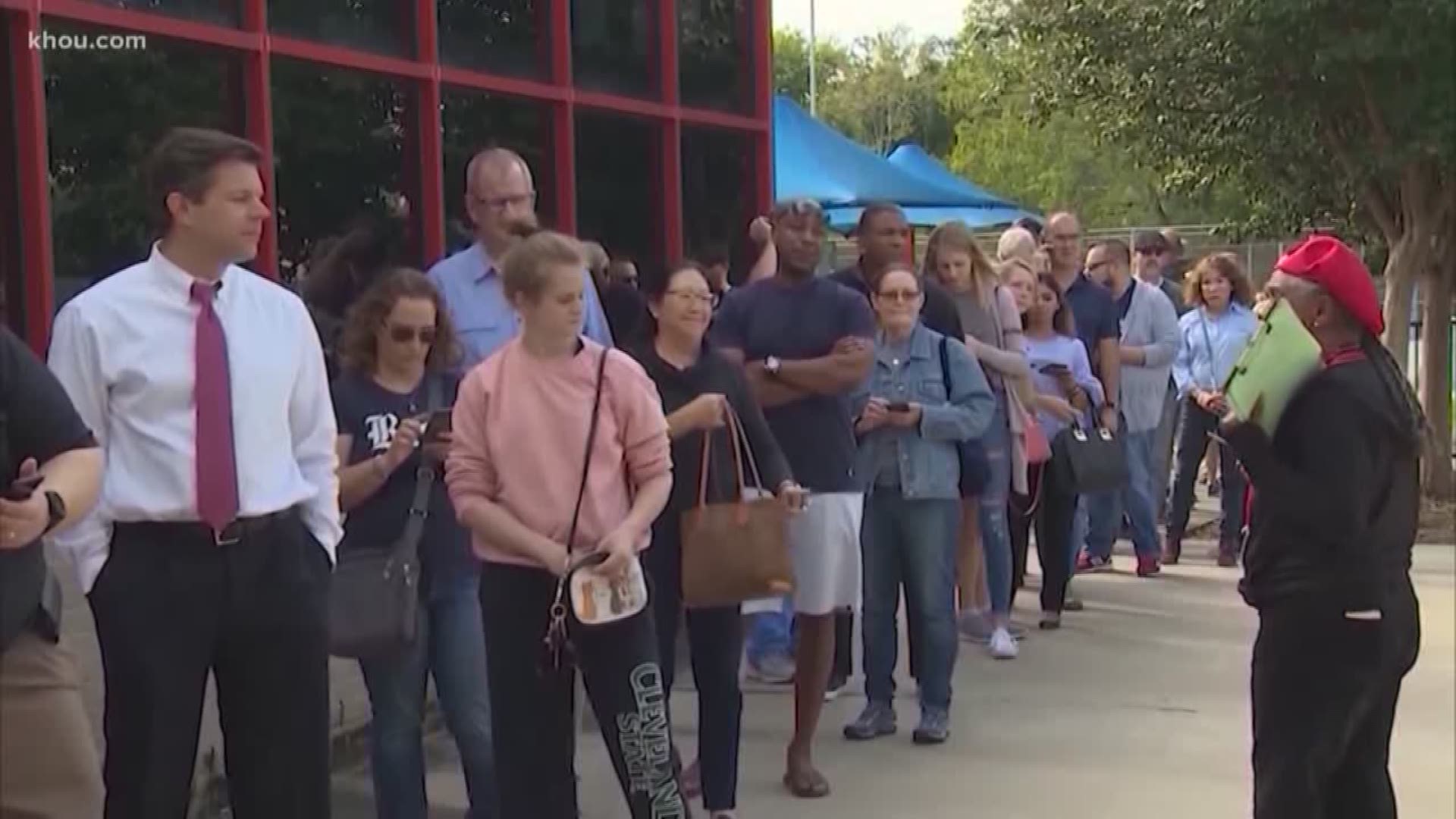 HARRIS COUNTY, Texas — Harris County election officials say it could take longer to tally up results on election night after a surprise rule change during early voting by the state agency overseeing elections.

Harris County Clerk Diane Trautman said the Secretary of State put out an election advisory Oct. 23 that requires her staff and law enforcement to drive mobile ballot box cards from each of the 757 Election Day polling sites to the downtown central counting station.

The previous plan called for them to bring the cards to ten drop-off sites spread around the county to transmit electronically. It’s an operation that Dr. Trautman, who took office in January, says ran smoothly during May elections.

“This was very unexpected and very frustrating as the Harris County Central Count Plan had been developed and posted earlier in the month and was approved by the Secretary of State in August,” said Dr. Trautman on Friday afternoon. “It is baffling why they waited to let us know about this change until now.”

Dr. Trautman says her office is expecting complete unofficial results that could be delayed because of the state directive and the number of polling sites. In the past, she says final reports were not complete until around 2 a.m.

However, nothing will change for voters or poll workers. Early voting and mail-in ballot results will still be released once polls close at 7 p.m. on Tuesday.

Dr. Trautman says she and her staff are waiting to hear from the Secretary of State as to why the change is happening and why now.

KHOU also reached out to the Texas Secretary of State’s office on Friday afternoon and is waiting to hear back.

The Harris County Republican Party released this statement on the matter:

"Harris County Clerk Diane Trautman announced today that reporting of election-day voting results next week will be delayed, but she tried to shift blame onto the Texas Secretary of State, and her excuse rings hollow. The real reason for the inevitable delay is Clerk Trautman is pushing a system not ready for prime time, with disregard for the law.

"To ensure election integrity, a 10-year-old Texas statute forbids connecting voting equipment to an external network such as the Internet, yet that is exactly what Trautman planned to do. Thanks to the efforts of Harris County Republican Party's Ballot Security team, Clerk Trautman's attempt to circumvent the law has been stopped. Clerk Trautman's statement today blaming the Texas Secretary of State for her delay in reporting is like a driver blaming the police for having to stop for red lights, and a lame attempt to distract from her rush to implement her agenda regardless of what the law requires."