The landmark theater, like most others, has seen historic revenue losses during the pandemic. 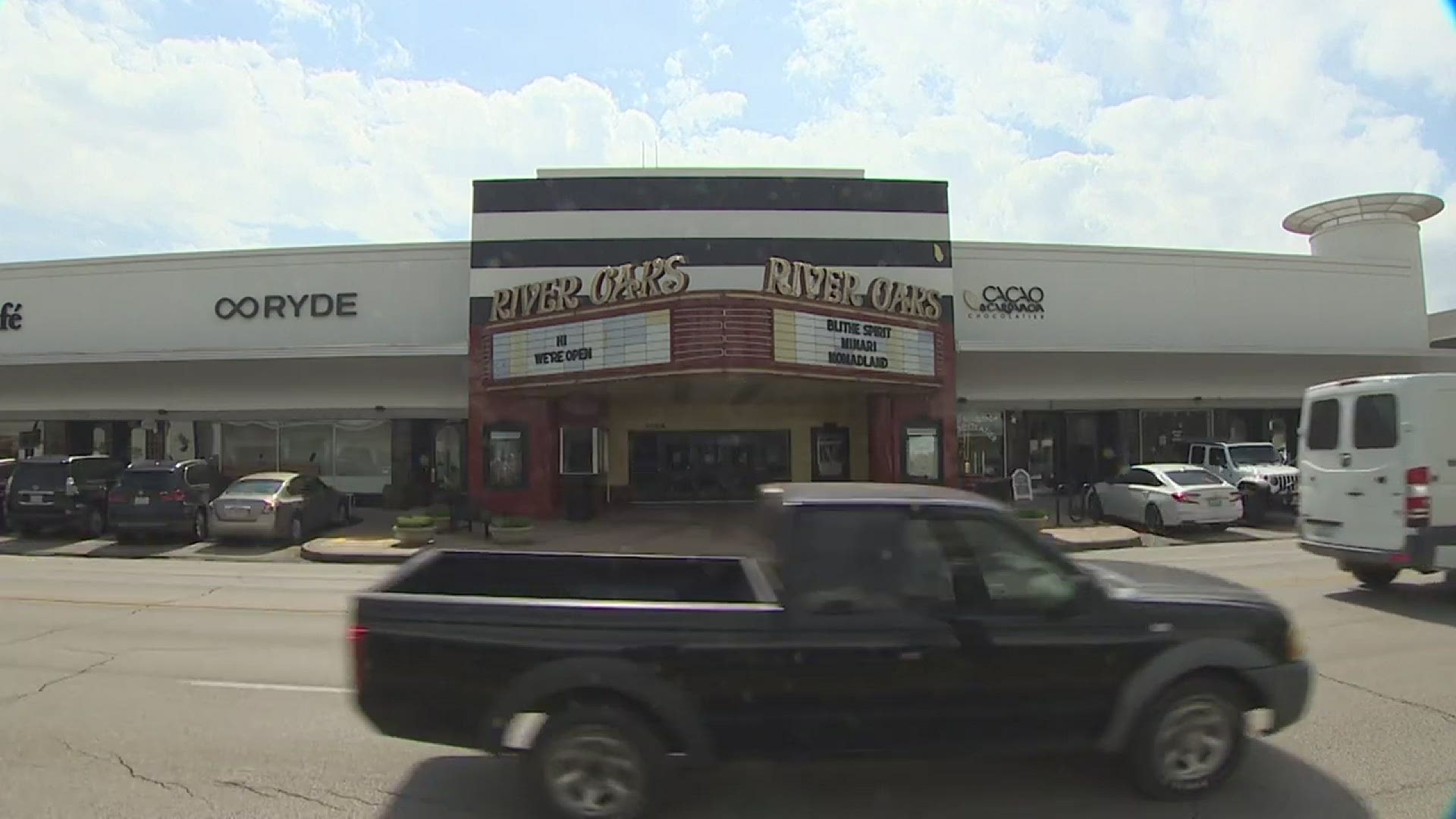 Countless movies and lots of memories are what Dzik recalls.

"Well, when you go in, you feel like you’re in an old-time theater,” said Dzik.

"The current lease at the River Oaks expires at the end of March,” said Paul Serwitz, president of parent company Landmark Theatres.

Serwitz spoke with us from his office in California.

He said River Oaks is one of more than 40 similar venues Landmark operates across the county.

Some of them have lost up to 95% of their revenue amid the pandemic.

Blast from the past: River Oaks Theater shortly after opening in 1939⬅️➡️aerial of River Oaks Shopping Center around the same time. The landmark theater is threatened once again after a disastrous year. I'll have more on the current dilemma: @KHOU at 4:30. Pics: @PresHou #khou11 pic.twitter.com/ShSRN6OGXm

"Talks have stalled and have been very intermittent," said Serwitz of current negotiations concerning River Oaks.  "And we really don’t know, with just over 30 days left before the official expiration of our lease, what the status is.”

"Conversations have indicated that their business model doesn’t support paying more than a fraction of the previous rent going forward,” Weingarten said in a statement.

"My hope is that the owners will start to see it as an asset,” said David Bush with Preservation Houston.

Bush hopes the historic building survives as it did amid a re-development threat years ago.

"The River Oaks is a City of Houston landmark," said Bush.  "It’s been designated a landmark."  "However, under our preservation ordinance, landmarks can be demolished.”

That's something Dzik and many others would hate to see.

“I think there’s a lot of people like me that love the theater,” said Dzik.

“Silver Cinema Acquisition Company has been a key component to River Oaks Shopping Center. We have continued to work with the Company who has not paid rent since March of 2020. Conversations have indicated that their business model does not support paying more than a fraction of the previous rent going forward. Unfortunately, the pandemic has caused many businesses in the entertainment industry, such as theaters, to fail.”