Man taken to hospital after being hit by Metro rail 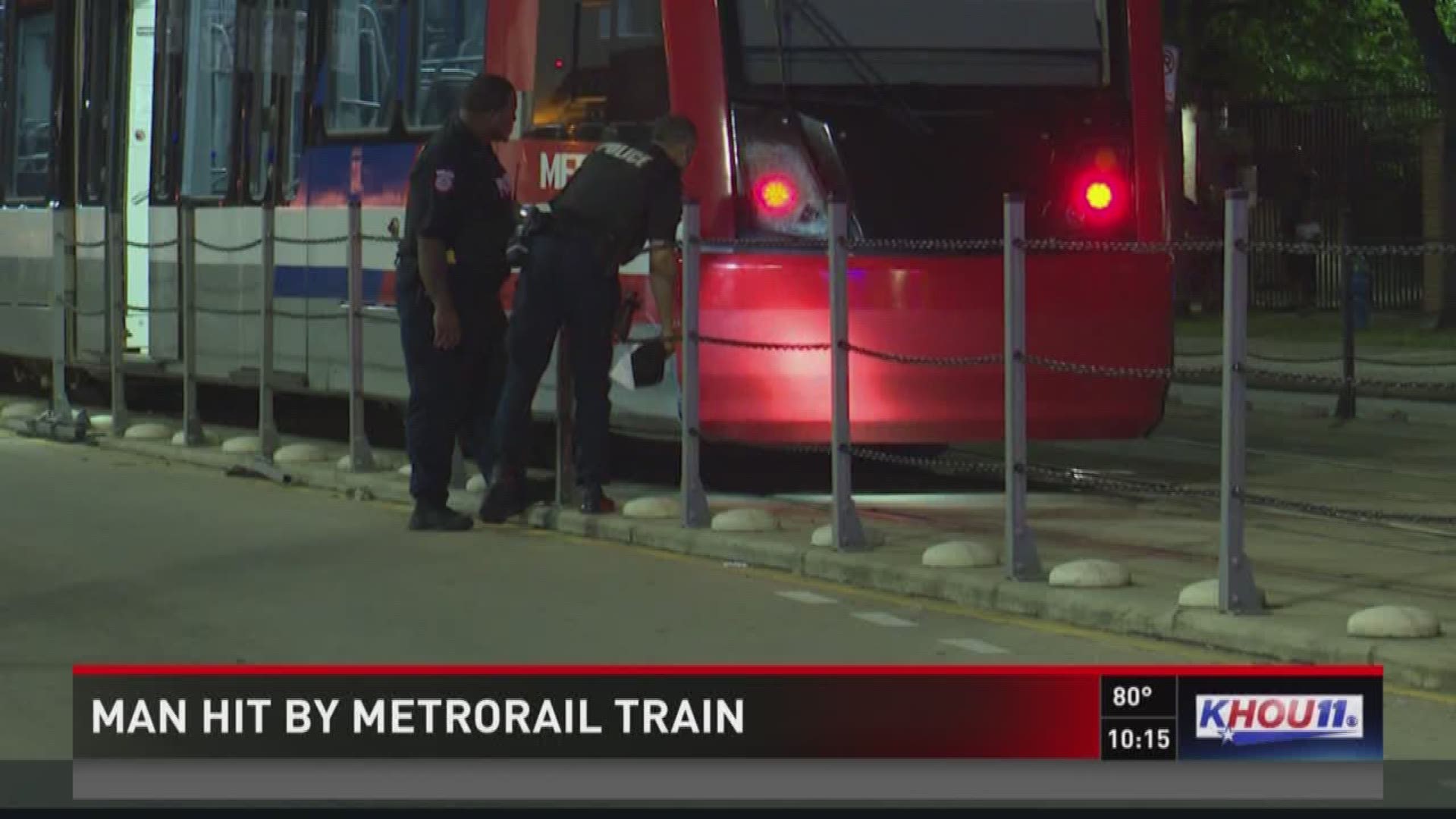 HOUSTON - A man was taken to the hospital after he was hit by a Metro rail train Saturday evening.

The man reportedly crossed in the middle of the street, under the pedestrian gate when he was struck.

Witnesses said he was still breathing when he was transported to the hospital. There is no word on his condition at this time.