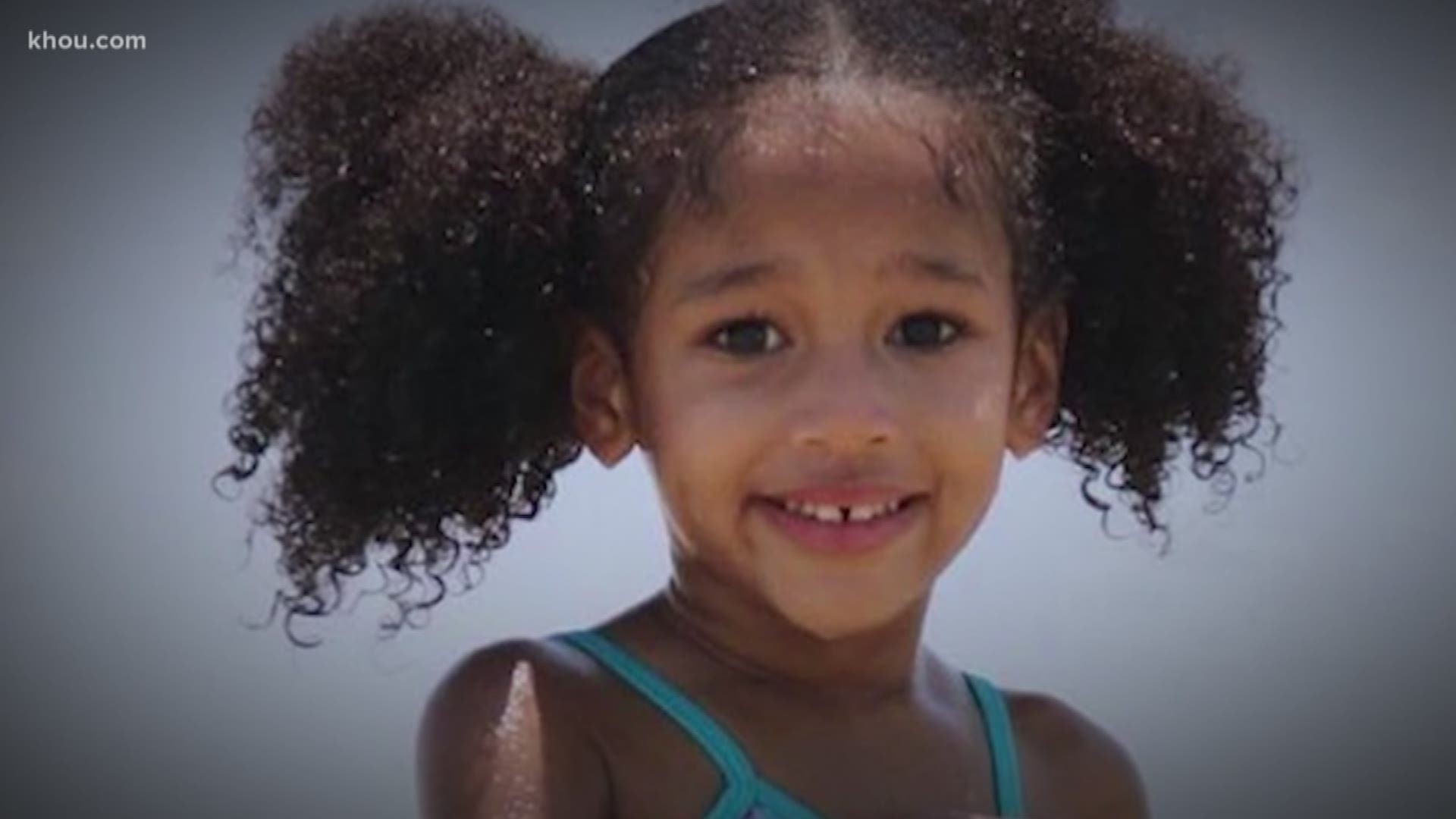 HOUSTON — An Amber Alert remains in effect for a missing 4-year-old who was reportedly kidnapped by three men in north Houston.

The Amber Alert is for Maleah Davis. Maleah's stepfather, Derion Vence, told investigators he was driving to Bush Intercontinental Airport at around 9 p.m. Friday with the girl and his 1-year-old son, Courtland, to pick up Maleah's mother.

While he was near Highway 59 and Greens Road, police say Vence heard a noise with his car and pulled over to check his tire. While he was out of his car, he says he was approached by two men who were in a blue Chevrolet pickup truck.

There was reportedly another man waiting in the pickup when the attacked happened.

The men then put Vence, Maleah and Courtland in their blue pickup and drove off.

Vence said he was in and out of consciousness and didn't really know where he was until 6 p.m. Saturday. He told police when he woke up he was somewhere off Highway 6 in the Sugar Land area with Courtland in his arms.

He said he walked around and asked people for help but no one would come to his aid so he walked to Sugar Land Methodist with his son. He is said to have arrived at the hospital between 9 p.m. and 10 p.m.

Courtland was not injured, according to police.

Maleah's mother, who had been flying in from Massachusetts, called someone else to pick her up from the airport when Vence didn't show up.

Houston police said traffic cameras captured the car Vence was in -- a 2011 Nissan Altima -- in Sugar Land at around 3 p.m. Saturday. The vehicle, which had recently been purchased, has temporary tags with the license plate 3092G9.

Police are not only looking for Maleah. They are also looking for the Nissan Altima, which belongs to Vence's wife, Brittany, and the blue Chevrolet crew cab pickup that the suspects were driving.

Maleah's family and friends spent Sunday evening handing out flyers at Oyster Creek Park in Sugar Land. They want to get her face out there as much as possible.

"It's a child," said Dominique Bryant. "There are families out here with children. We're just asking them to share the flyer on social media."

Bryant says everyone is aware time is of the essence.

"It's the most important thing right now," said Bryant. "I know a lot of people are tied up with the story and what's true or not true, or what makes sense, but that's not important right now. The focus is getting her home safely and as soon as possible."

On Monday, Maleah's mother, Brittany Bowens, pleaded to the public for help. 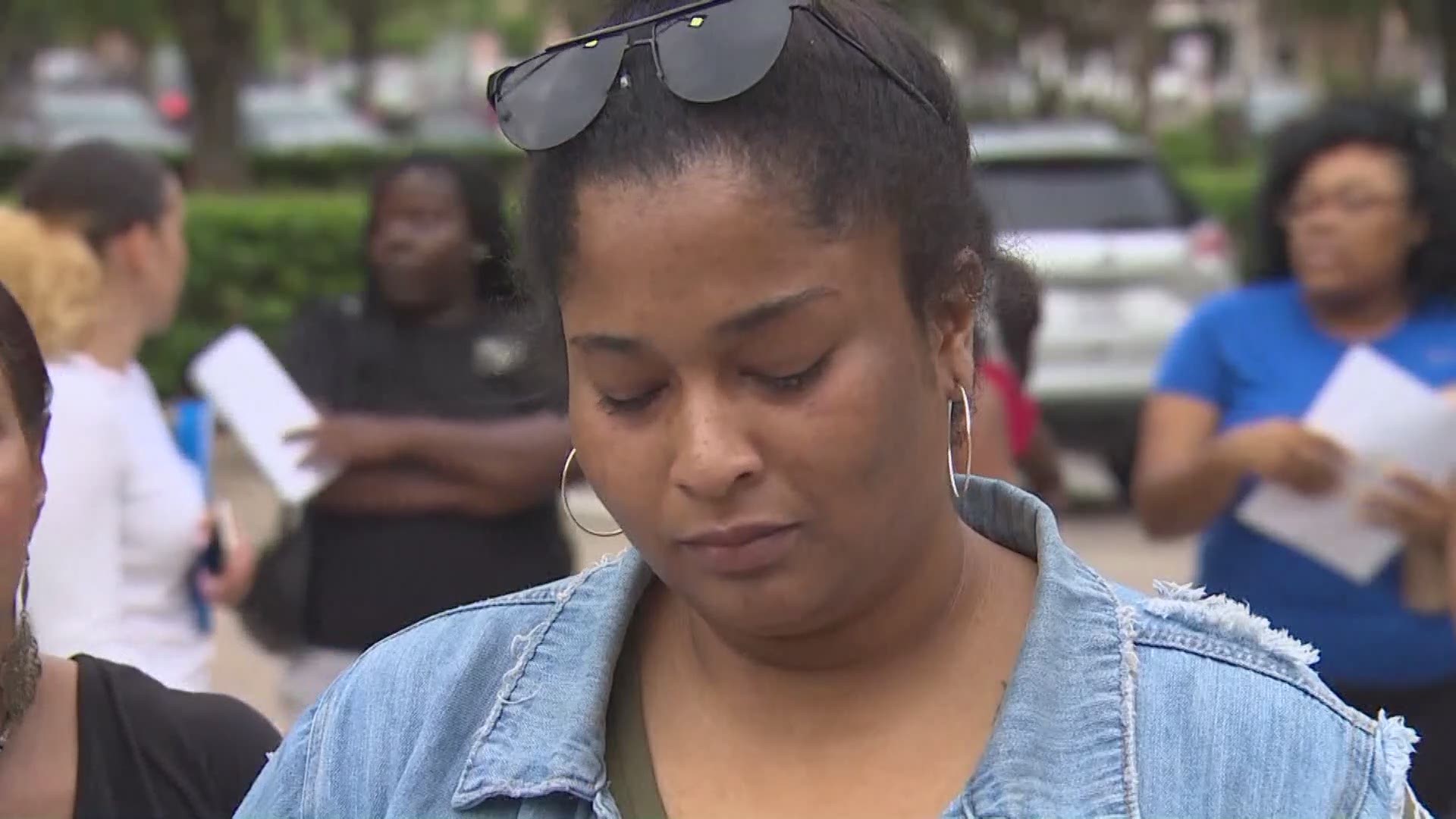 Maleah is around three feet tall and weighs between 30 and 40 pounds. She was wearing a pink bow in her hair, a light blue zip jacket and gray/white/pink sneakers.  She recently had brain surgery and requires significant medical care.

Anyone with information on Maleah Davis' whereabouts is urged to contact Houston police at 713-308-3600 or Crime Stoppers at 713-222-TIPS.

Editor's note: This child was first reported to be 5 years old, but police on Sunday night updated the Amber Alert to indicate Maleah Davis is actually 4 years old.