Investigators say a suspect ran at least two red lights before crashing into another car at an intersection under the freeway. 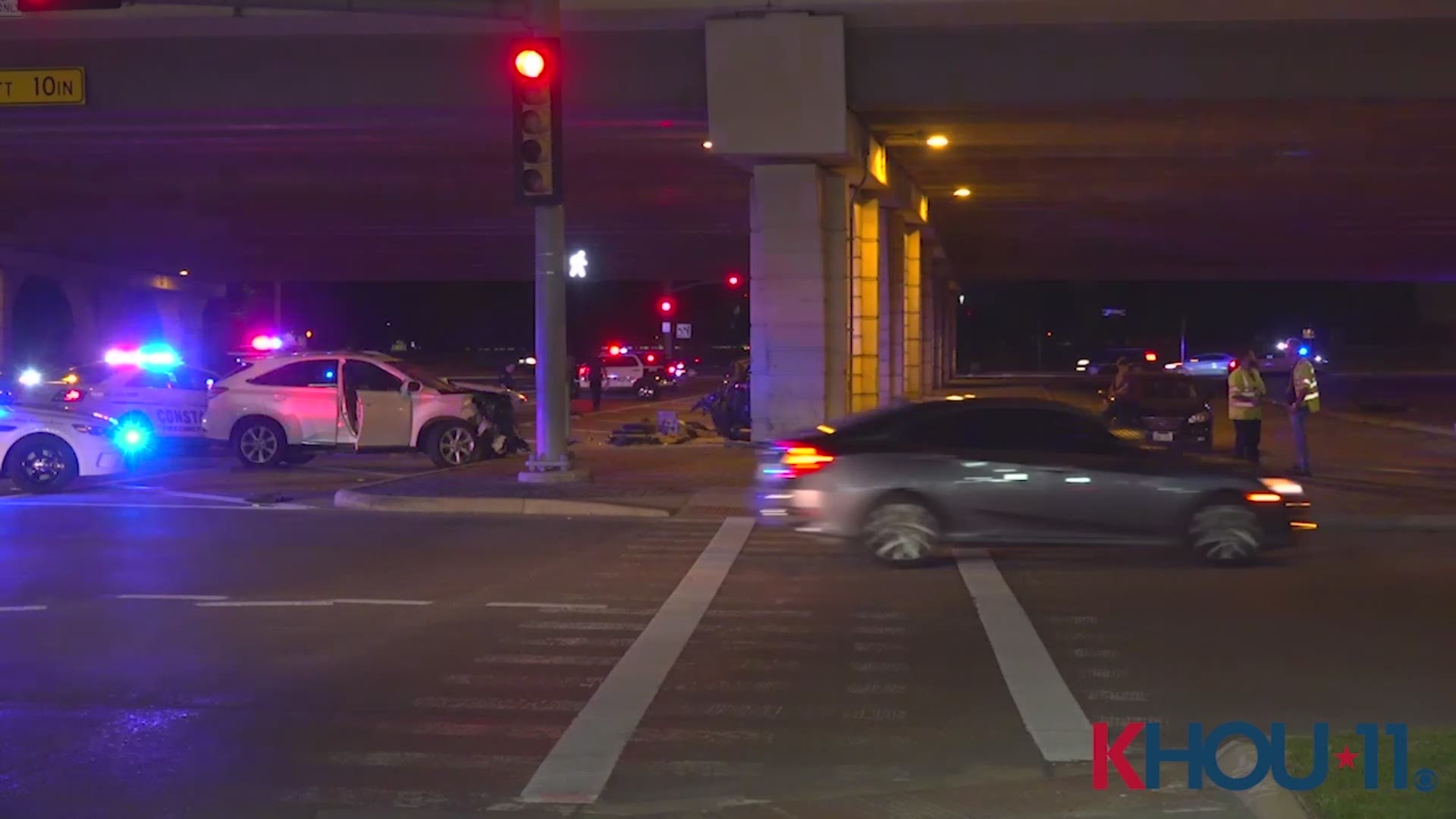 HOUSTON — A chase ended in a deadly crash on Eldridge Parkway under the Katy Freeway overnight.

The pursuit started around 6:45 p.m. Sunday when a Harris County Precinct 5 deputy spotted a vehicle that ran a red light at Eldridge Parkway and Memorial.

The deputy attempted to pull the car over, but the driver refused to stop, investigators with the Vehicular Crimes Division said.

The chase continued to the Katy Freeway where the suspect car ran another red light and then crashed into a white Lexus, investigators said. The male passenger in the suspect vehicle died either on the way to or at a local hospital.

The female driver of the Lexus was transported to a local hospital after suffering minor injuries and was released.

Investigators said the suspect driver, a man in his 20s with a criminal record, was charged with murder. They also found two guns and drugs inside of his car

Investigators say they found guns and drugs his car.