More victims say they were swindled by Houston-area jeweler 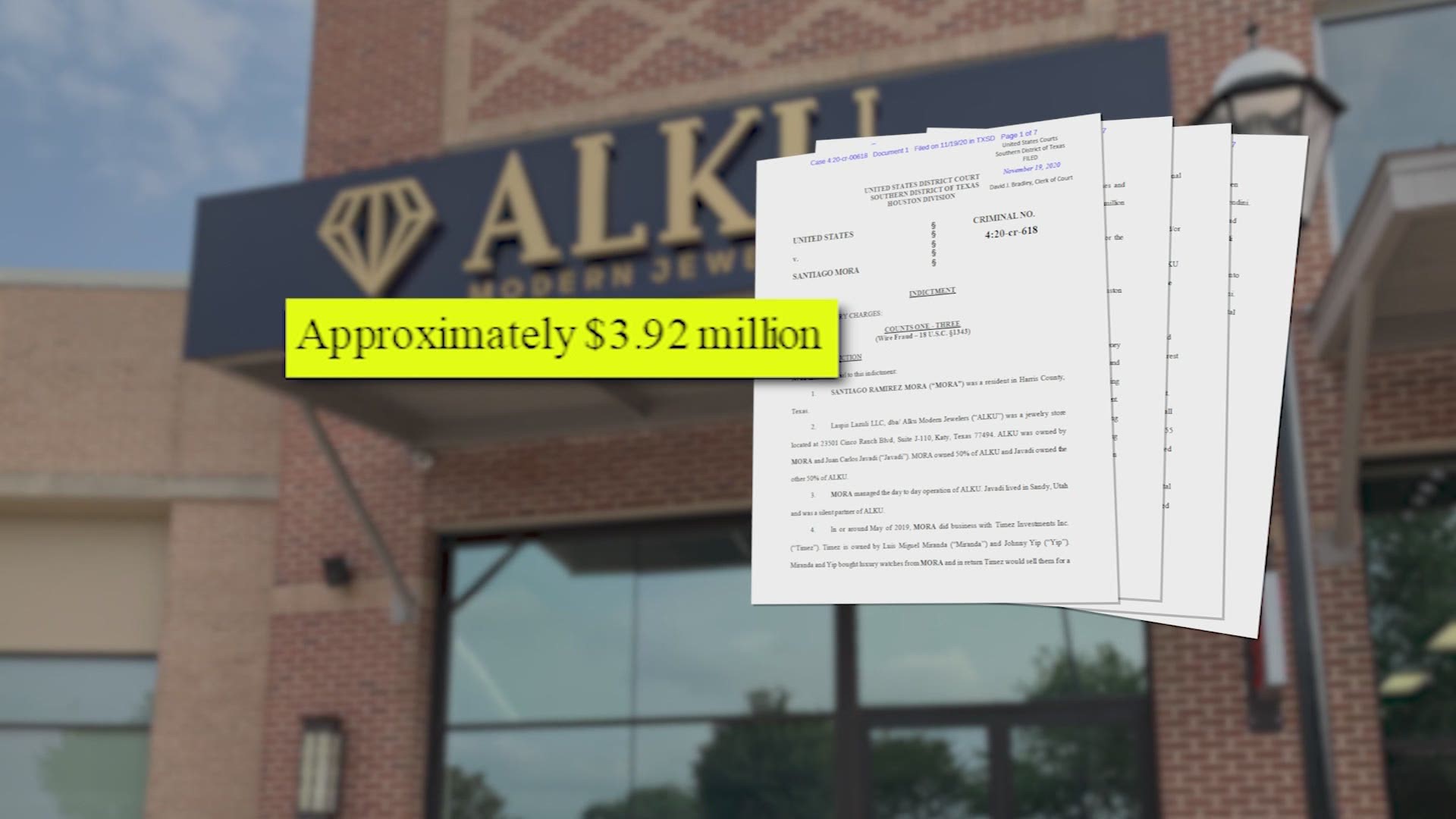 HOUSTON — More victims are coming forward claiming they were swindled by a jeweler in Katy.

RELATED: Man claims he paid for engagement ring that Katy jewelry store won't let him have

Court documents say the jeweler owed almost $4 million to a business for watches he never delivered.

Tajain said that last October, Mora, who owns ALKU Modern Jewelers in Katy, told him he could get him two rare watches.

But Tajain never got his watches.

"What this guy does is he finds people who want these hard to get watches, he tells them he can get it, (and) he takes the money," Tajain said.

Earlier this week, we told you the story of John Holden, who said he paid cash upfront at the jewelry store for an engagement ring that was supposed to be ready two weeks later.

“After that, they kind of ghosted me. Quit answering texts," Holden said. "It was one thing after another.”

Holden never got the ring, and when he went back to the store, an eviction notice was on the front door.

Mora told us to call his attorneys. He also sent a missing child poster and said his teenage daughter was missing. His alleged victims said he sent them the same thing.

Mora's attorney, Sam Adamo, said the teen was found and was possibly in the hands of a cult.

The lawyer said Mora is a hardworking businessman who’d been dealing with personal issues, including a hospital stay for a heart condition that prevented him from making it to his stores.

The Fort Bend County Sheriff's Office says detectives are investigating multiple felony theft cases against Mora, some of which have been presented to the district attorney's office.

"Basically, people have said that they have tried to purchase jewelry or watches and they’re not able to get their item, or they tried to get their items repaired and they didn’t repair it, so the business currently has an ‘F' rating at this time," said Better Business Bureau of Houston vice president of operations Leah Napoliello.

She said that if you’re asked to pay upfront, and a deal sounds too good to be true, then it probably is.