John Holden says he wrote a check for an engagement ring at ALKU Modern Jewelers but he never got the ring. 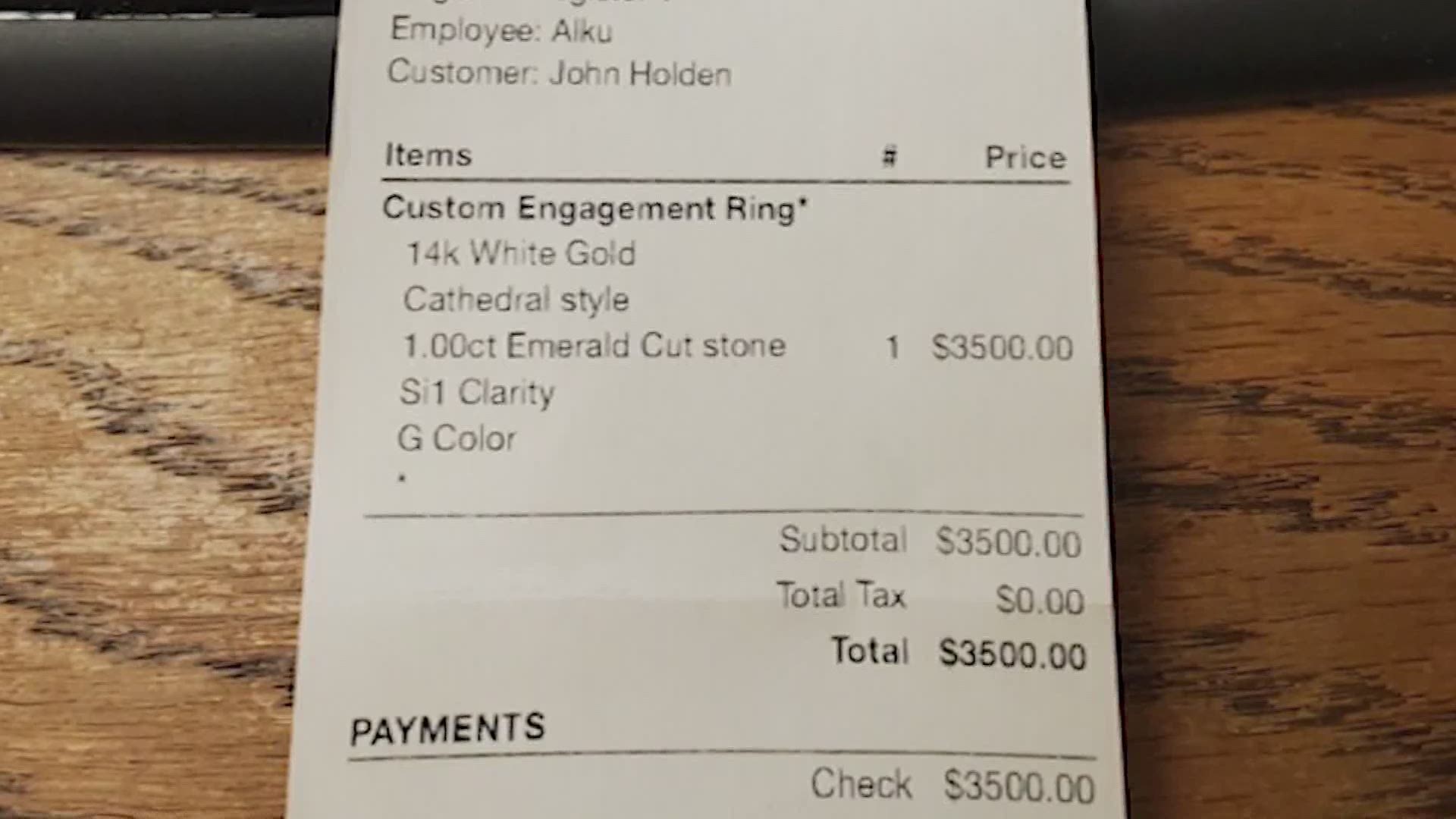 HOUSTON — A Houston man is claiming that a local jewelry store pulled a fast one on him a few months ago. John Holden said the business encouraged him to pay cash upfront for an engagement ring, but when it was supposed to be ready, the store was dark and its doors were locked.

Holden said he thought he was getting a good deal when he made the decision to buy an engagement ring at ALKU Modern Jewelers at La Centerra in Katy a few months ago.

“(I) was assured by the store director that I’d have the ring in two weeks if I paid cash upfront,” Holden said.

So he wrote a check.

The ring was supposed to be ready two weeks later so Holden could carry out his plan to propose.

Holden said he finally decided to go to the store when nobody would answer his calls or texts. But when he got to the store, there were signs posted on the windows, one of which advised customers to call the store’s owner. Another note from the landlord said the property is locked for the tenant’s failure to pay rent.

“After that, they kind of ghosted me. Quit answering texts,” Holden said. “It was one thing after another.”

KHOU11 called Santiago Mora, whose name is on the sign. He referred us to his attorney.

Mora's lawyer, Kevin Connolly, would only say Mora had been “wrongfully locked out of his business and has every intention of fulfilling his obligations to his customers.”

Connolly would not comment further and could not say when customers may be refunded or receive property for which they had paid.

His advice to others?

“Be very suspicious of someone who’s going to give you an extremely big discount for a cash price,” Holden said.

Holden said he posted his experience to Nextdoor and learned he's not alone. A quick scroll through the jewelry business’s Google reviews appears to show there are other customers in the same situation.