An updated analysis of the Texas power crisis shows lost natural gas power generation was the most significant component of the February outages. 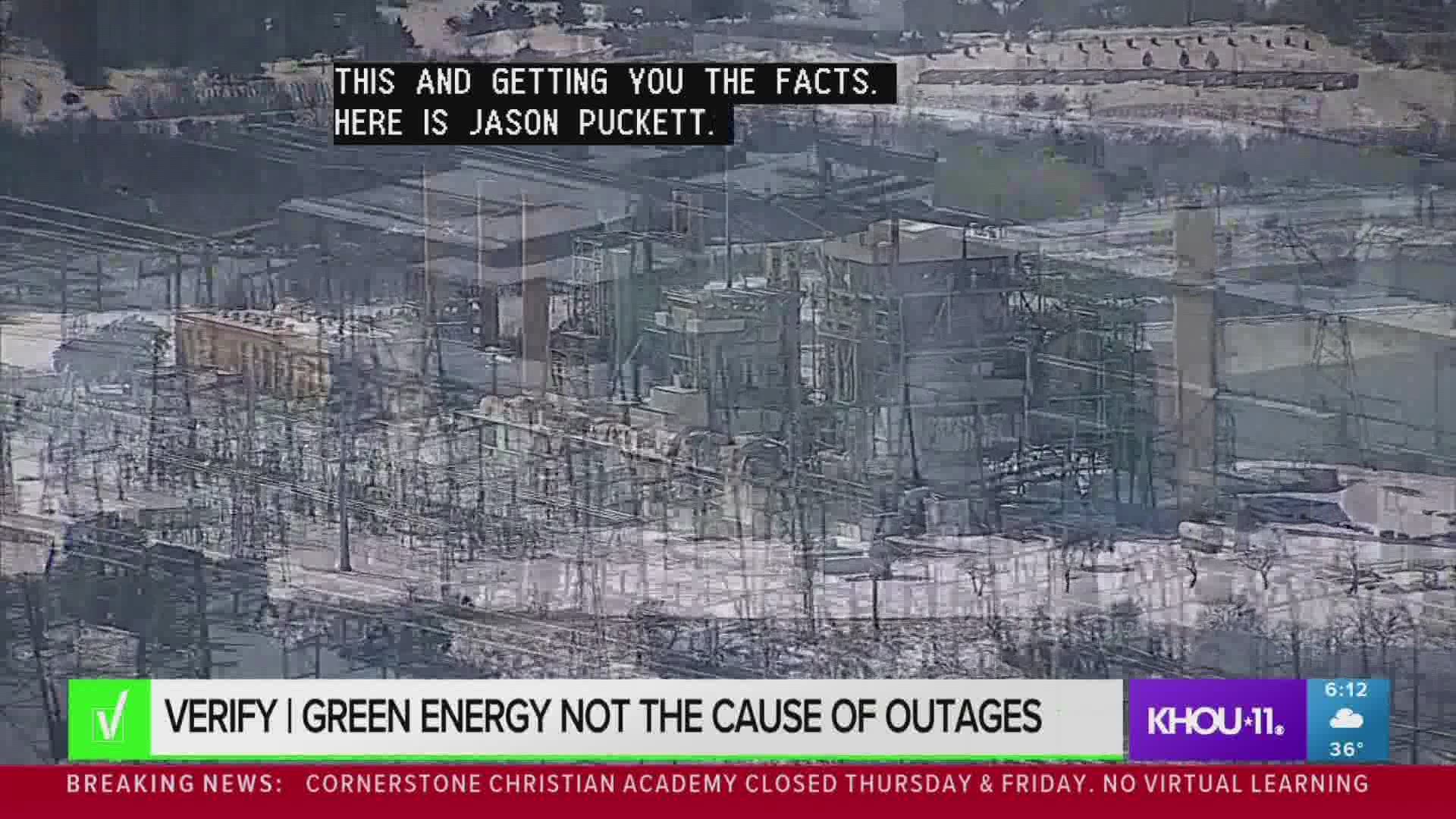 AUSTIN, Texas — (The Texas Tribune) — An updated analysis of February’s Texas power crisis by experts at the Electric Reliability Council of Texas shows that lost wind power generation was a small component of the huge losses in electric generation that plunged much of the state into darkness during the severe cold weather.

Note: the video in this story is a VERIFY report from a Feb. 2021 broadcast

While Texas Republicans were quick to blame renewable energy during the storm — and have continued to target renewable energy for reform during this year’s legislative session — a recently updated report on the causes of generator outages during the week of Feb. 14 show that the most significant cause of the low power supply to the grid came from natural gas plants shutting down or reducing electricity production due to cold weather, equipment failures and natural gas shortages.

In ERCOT’s first preliminary report on the causes of the power crisis, released in early April, the grid operator included a chart that appeared to show power generation losses from wind as just slightly smaller than natural gas generation losses that week. But that analysis used the capacity of the state’s wind turbines to generate electricity, not what wind turbines would have actually generated if not for the outages.

Wind power feeds into the grid depending on weather conditions, and renewable energy sources typically have much higher potential to generate electricity than what is actually produced on a day-to-day basis; sometimes renewable power generates a lot and at other times none or very little. ERCOT uses detailed weather forecasts to estimate how much wind and solar power will be available to the grid.

In the updated analysis included in a Wednesday ERCOT meeting, the grid operator calculated that for the week of Feb. 14, natural gas power losses were several times that of wind generation.

More than 100 people died in the Texas power crisis, which could become the most expensive disaster in state history as the costs continue to be tallied.

Watch: TX counties with fewer power outages were not part of the state's grid (Feb. 2021 broadcast)

Natural gas fuel and transportation companies have recently posted huge profits in the aftermath of the Texas power crisis. Kinder Morgan, one of Texas’ largest pipeline companies, posted a more than $1 billion profit in the first quarter due to the power crisis, a result of voluntarily cutting power back and selling gas at inflated prices.

The big financial losers and winners since February have sparked a financial crisis in Texas’ electricity market that lawmakers have struggled to contend with; rescue bills to prevent companies from shuttering generation and staving off pass-through costs to customers are expected to be taken up by the Texas House on Monday.

This story originally appeared in The Texas Tribune on April 28