One form could have helped prevent power outages at critical infrastructure across Texas. 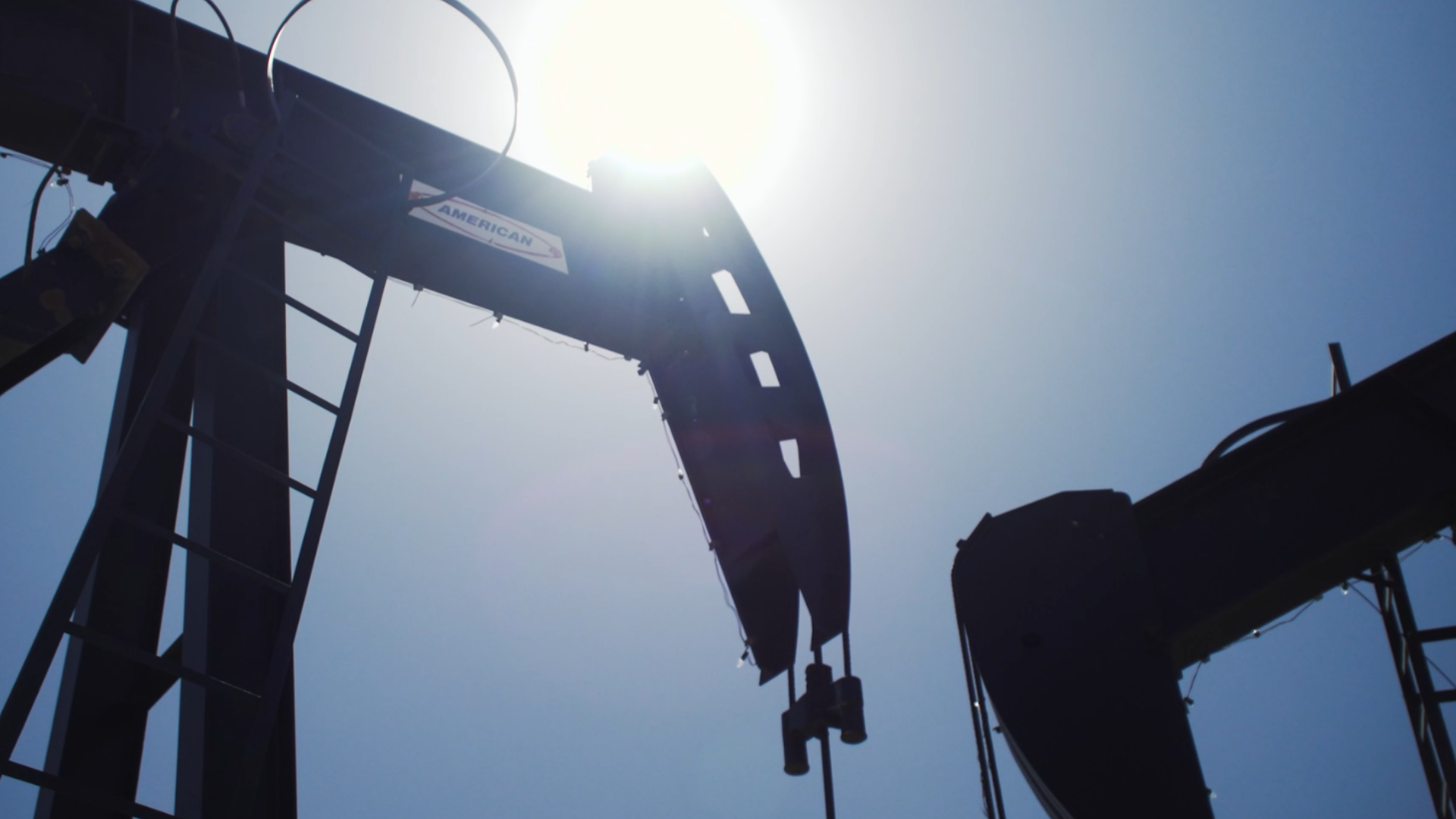 MIDLAND, Texas — When the February winter storms hit Midland, Joe Brosig of Double Eagle Energy says his company did all it could to “winterize” its wells in order to keep running in the freezing cold.

But just like much of Texas, oil and gas wells had their electric power turned off to help keep the state’s electric grid from collapsing. That included every one of Fort Worth-based Double Eagle’s 650 wells.

“This is our whole business making oil and gas,” said Brosig, Double Eagle’s vice president of operations. “And so when we go from … producing 650 wells a day to zero, that's obviously a huge hit for our business and not good for the entire state.”

As lawmakers and regulators quickly learned, when wells in West Texas can’t run, it means less electricity available to other areas of Texas. That’s because power plants fueled by natural gas generate about 47% of the electricity on the state’s primary power grid.

The Electric Reliability Council of Texas, known as ERCOT, is the primary power grid that manages the flow of electric power to more than 26 million Texans and represents 90% of the state’s electric load.

Here in North Texas, Vistra’s Lake Ray Hubbard plant and Denton Municipal Electric's facility were unable to operate during parts of the winter storm because they could not get natural gas.

“It's all connected,” Brosig said. “We lose power at our well sites so that we can't produce natural gas that needs to go to the gas power plants and they can't run because they don't have the gas from our wells.”

In her testimony to lawmakers, Texas Railroad Commission Chair Christi Craddick acknowledged the interconnectedness of the industries and compared it to a “circular food chain.”

Texas lawmakers and regulators have been warned before about what could happen if the electricity and natural gas industries weren’t in sync.

A federal report from the 2011 winter storm pointed out the “interdependency of the electricity and natural gas.” The report found power plants had “problems acquiring natural gas to run their gas-fired units.”

RELATED: Texas didn't learn its lesson | Experts say little has changed with winterization of generators since blackouts of 2011

“We saw these vulnerabilities,” said Joshua Rhodes, a research associate at the University of Texas Energy Institute. “We saw these issues. We wrote some reports, and then they sat on the shelf and apparently had no impact. I think Texas deserves better than that.”

Situated in the Permian Basin, Midland has long been known as an epicenter of oil and natural gas production.

“If Permian was a country, it would be like the fourth-largest producer of oil,” said Dr. George Nnanna, dean of the College of Engineering at the University of Texas Permian Basin. “In the last decade, we’ve seen about a 1.1 billion barrel increase in oil production and about 3.6 trillion cubic feet increase in natural gas production.”

So, it was a shock to many Texans for this energy-rich epicenter to be in the dark like the rest of the state during the February storm.

Brosig says the company had expected rolling outages, but not to lose power entirely.

“If there's no power coming into the control panel, then this thing doesn't operate,” Brosig told WFAA while pointing to a control panel at one of the company’s wells. “And obviously it takes power to run, and electricity once you lose it, we're dead in the water.”

Credit: WFAA-TV
This control panel needs electricity to operate. Without it, the well cannot produce oil and natural gas.

When the company’s wells lost electricity, the company quickly began renting backup generators and spent $300,000 on them to get electric power back to as many of their wells as possible.

Mike Banschbach, an oil and gas consultant, said he heard a similar story from a client who owns wells. He said his client told him how they were unable to get tanker trucks in to move the oil because of treacherous roads, while also not having the electricity to operate the pumps.

“He said freezing was really not the issue,” said Banschbach, who teaches at Midland College’s Petroleum Professional Development Center.

But here’s where a two-page form could have helped keep at least some of the lights on.

Back in 2013, officials with the Texas Railroad Commission (RRC) clearly were familiar with the form. The RRC’s executive director sent a letter to the industries reminding them that they should notify their electricity provider “that your critical facilities are critical to the continued operation of an electric generator.”

“Please keep in that mind that the load shedding exception is designed to keep natural gas flowing to power plants when natural gas facilities would normally be shut down due to power shortages,” the then-RRC executive director, Milton Rister, wrote.

As outages swept the state, Oncor CEO Allen Nye told lawmakers he began getting frantic calls that power had been cut to natural gas facilities.

Oncor owns the power lines and distribution of electricity for about half the state including Midland. So, when ERCOT said power needed to be cut, it is Oncor’s job to turn off parts of the grid.

“We turned them on immediately and we kept them on the entire time,” Nye said.

Banschbach said he spoke with a high-ranking executive at one of the larger gas processors in Midland and was told that company officials had filled out the paperwork a decade ago. As a result, company officials thought they were on the list.

The company got a rude awakening early in the morning on February 15 when they lost electricity to five of their processing plants, he said.

Rhodes faults the RRC for not making sure the two-page form was a priority and filled out by critical facilities after the 2011 winter storm.

“Making sure that critical infrastructure has the power it needs to perform during these times seems like it would be part of the regulation of that industry,” Rhodes told WFAA.

But even if every eligible entity had gotten on the critical infrastructure list, there were gaps.

The form previously did not include “field services” such as wells - like those operated by Double Eagle.

In the aftermath of the winter storm, ERCOT revised the form with the help of the Public Utility Commission and other industry representatives.

Banschbach says regulators and electric providers will need to carefully decide what counts as critical infrastructure.

“This has to be pre-determined so that …somebody can't make a call to their representative and make sure that their lights are on and somebody else's are not,” Banschbach said.

Brosig told WFAA his company is now filling out the forms for about 200 of the company’s highest-producing wells.

“We could have kept producing if we didn't lose power,” Brosig said. “That was a big problem. We could have figured out a way to work through the cold …if we had power, but once we lost power, then all of our preparation kind of went out the window, because we couldn't keep our fluids moving anymore."

Should winterization be mandatory?

Currently, the Texas Railroad Commission doesn’t make it mandatory for oil and gas companies to make sure their facilities can withstand extreme cold or heart.

The RRC has largely resisted calls to make weatherization mandatory. Craddick told lawmakers that electricity is “the best winterization tool” in February.

Still, a federal report on this year’s winter storm point to extreme cold as a problem. The report says the “decline in natural gas production was mostly a result of freeze-offs,” which is when water and other fluids freeze blocking the flow of natural gas.

“You have the wellheads that are not equipped to be able to continue to operate because they are not adequately winterized,” Nnanna said.

Credit: WFAA
Dr. George Nnanna is dean of the college of engineering at UT Permian Basin.

Rhodes also pointed out that before there were widespread electricity outages, natural gas production had already begun to fall as the temperatures dropped. He doesn’t think natural gas producers did enough to prepare for the extreme cold.

“If half of our power plants are going to burn natural gas, we need to make sure that we have the natural gas available to us,” Rhodes said.

One key bill making its way through the legislature would require the natural gas supply chain to be mapped. It would also require the commission to adopt rules requiring weatherization.

But will it all be enough to help keep the lights on next time?

Got a news tip or a comment about this story? Email investigates@wfaa.com.