“All these people are dying from lung cancer, and you got eight people on one block. Well, that’s not a usual thing. It’s just downright ridiculous.” 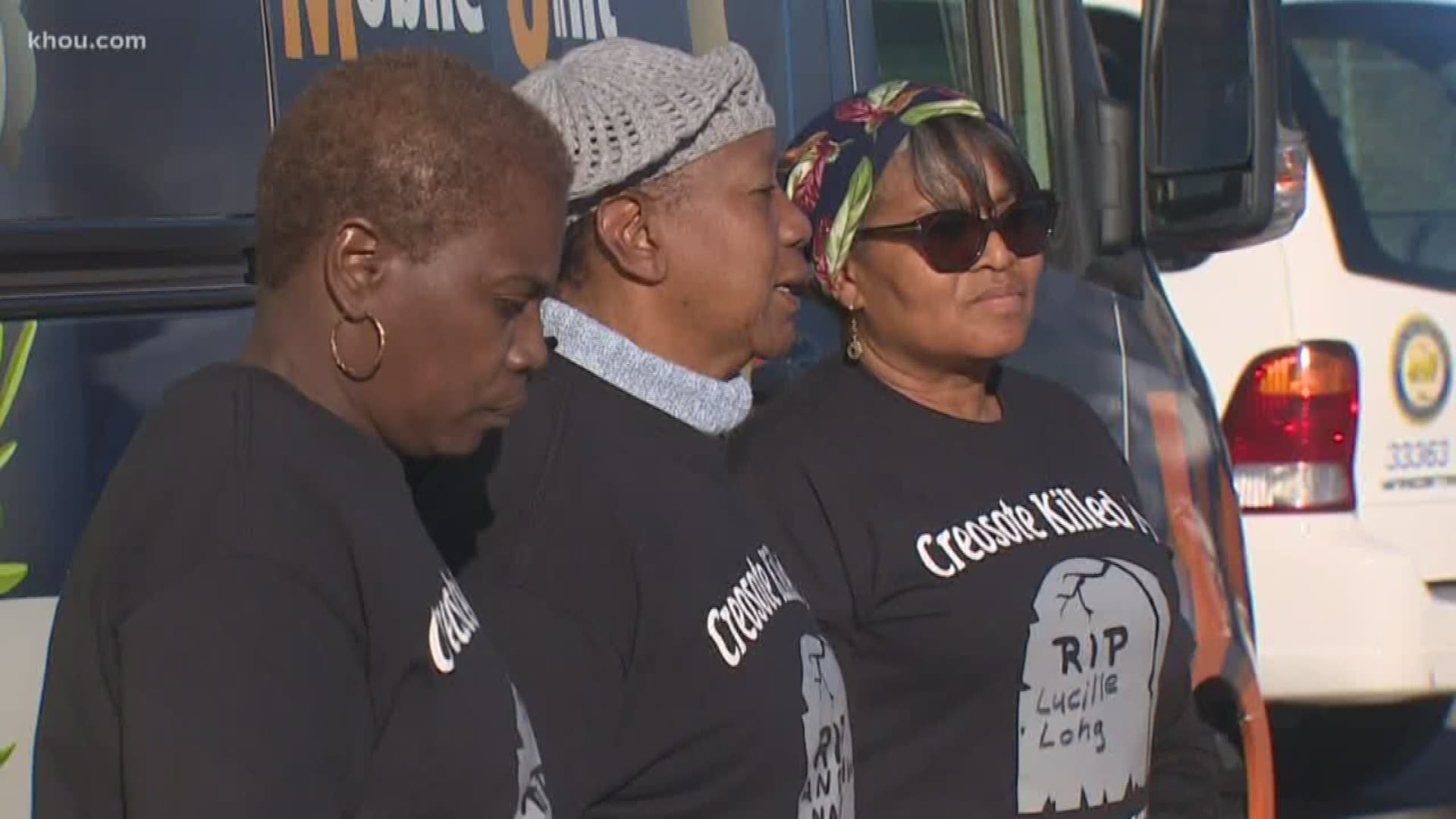 HOUSTON — Fifth Ward residents are demanding to find the cause of what they believe to be a so-called “cancer cluster” in their community.

Their goal is to gather information that will link a former Fifth Ward railyard creosote plant to the residents’ growing health issues. High levels of esophagus, larynx and lung cancer has been found in this area.

“It’s like we don’t exist, and it hurts. It makes you mad when you sit up and think about two decades of your loved ones, your friends, your family have died off or are sick or dying," said Sandra Edwards.

People who grew up in Fifth Ward believe they’re being poisoned by land across the street from their homes.

“When it rains, you see a rainbow on the ground. They tell you to put your shoes on, because see that rainbow? That’s that contamination that comes to the top of the surface," said Lisa Glenn.

The land is owned by Union Pacific and once housed a creosote facility. Sandra Small used to live in the area and helped survey the community on Saturday.

“All these people are dying from lung cancer and you got eight people on one block, well that’s not an usual thing, it’s just downright ridiculous,” Small said.

The health department and volunteers went door-to-door assessing the health of the community to find out who is sick and for how long.

“We know two things. There’s groundwater contamination and that contamination poses a risk for certain types of cancer. And the other thing that we know is that this area has elevated levels of some of those cancers. What is not known is the link between the two," said Dr. Laura Hopkins, chief environmental officer for the health department.

All residents can do right now is raise awareness. They wear the names of loved ones who have died from similar health problems but fear more names will be added before the community gets justice.

“All these people that live around here, they’ve been here all their lives, and they own these houses, so where are they going to go?" Small said.

Their big concern is children living in Fifth Ward will become sick in the future. Rep. Jackson Lee plans to call upon local, state and federal entities to help Fifth Ward residents.

In a statement, Union Pacific said:

"Union Pacific has reached out to the community and continues working with TCEQ on requests related to the site. We understand TCEQ has also requested additional information about the Department of Health Study and plans to review the information. The report makes it clear that it does not identify any potential causes related to its findings and more information is needed to better understand any issues raised. TCEQ has overseen decades of testing at the site, including risk assessments, and has found no scientific evidence of a creosote exposure pathway to residents. We will continue to reach out to community leaders to share the facts, data and science concerning the site."