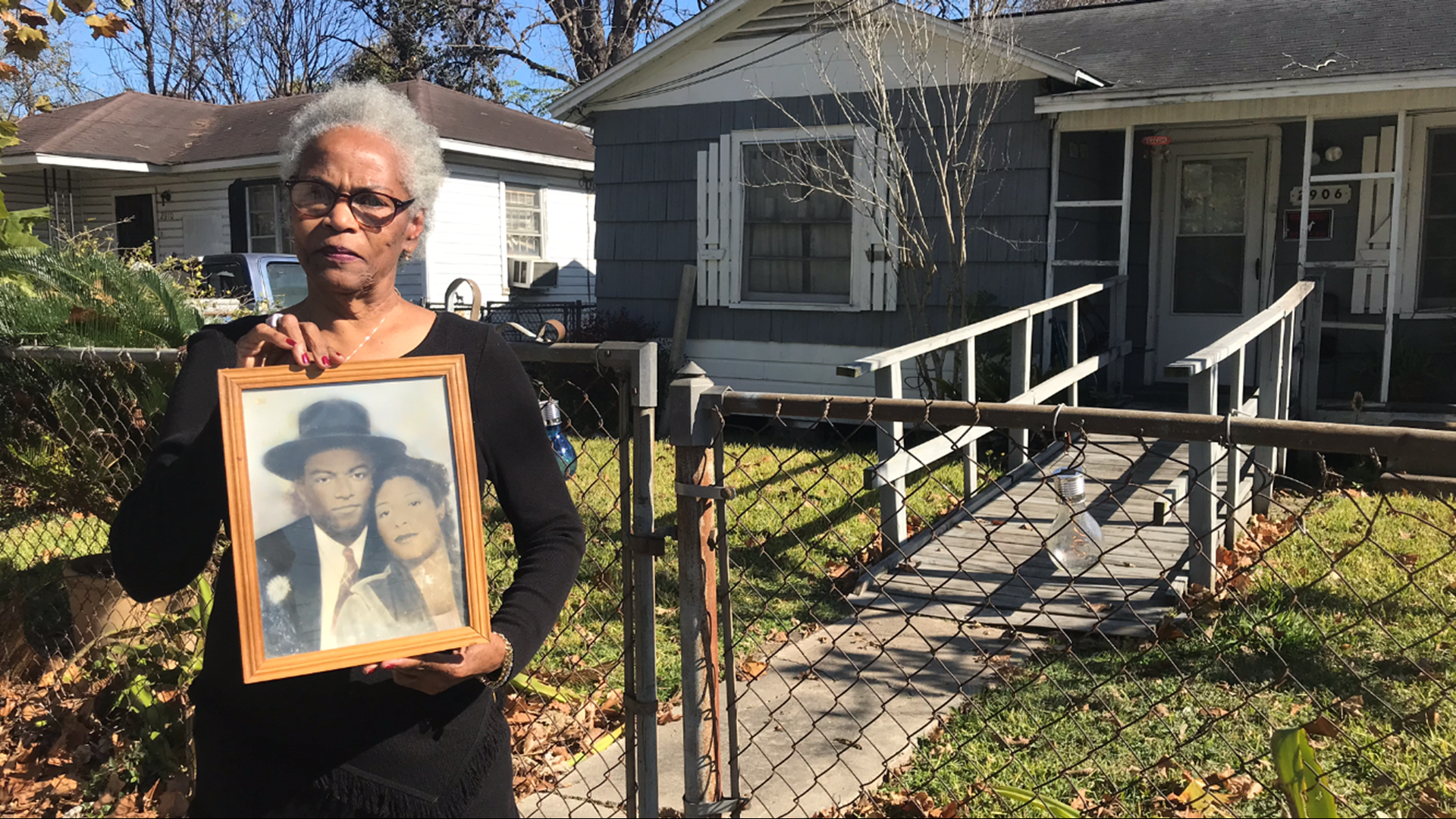 HOUSTON, Texas — A so-called “cancer cluster” in Houston’s Fifth Ward is getting renewed attention thanks to a recent study by the state.

Neighbors want remedies for health issues they blame on an old railroad yard.

“I was diagnosed with stage one lung cancer in 2017," said longtime Lavender Street resident Barbara Beal.

Beal's father died from lung cancer in the 1960s.

Beal said the neighborhood adjacent to a former rail yard creosote facility has been devastated by the disease.

That includes the years since the treatment of railroad ties and utility poles with the toxic wood preservative ceased.

A recently completed study by the Texas Department of State Health Services found higher rates of respiratory cancers in the area compared to typical rates.

That includes elevated rates of esophagus, larynx and lung cancers.

"It’s moving faster than it has been moving,” said neighbor Rene Long.

Long, who lost his mother to cancer, credits the report with a renewed focus on the situation.

Although the study made no conclusion as to the cause of the higher cancer rates.

"If it was River Oaks, the Heights, one of them other neighborhoods," Long said, "There would’ve been something done about it a long time ago.”

An advocacy group believes creosote may have seeped into the ground beneath more than 100 properties, including Barbara Beal’s.

"Clean-up is going to be really hard because there’s so much," said Beal. "I’m hoping for, possibly, buyout and to relocate me.”

Rep. Sheila Jackson Lee held a news conference with residents and others to talk more about the situation.

They said a larger meeting will take place in January along with a door-to-door survey by the Houston Health Department.

"The safety and well being of the Kashmere Gardens community and surrounding areas is my overriding concern," said Lee.

The company issued this statement:

"Union Pacific has reached out to the community and continues working with TCEQ on requests related to the site. We understand TCEQ has also requested additional information about the Department of Health Study and plans to review the information. The report makes it clear that it does not identify any potential causes related to its findings and more information is needed to better understand any issues raised. TCEQ has overseen decades of testing at the site, including risk assessments, and has found no scientific evidence of a creosote exposure pathway to residents. We will continue to reach out to community leaders to share the facts, data and science concerning the site."

RELATED: Beloved Texas teacher surprised on her birthday after 26 years of perfect attendance

RELATED: Child with cancer reunited with parents after court battle over treatment