One researcher compiled images of the Houston area from multiple satellites flying 438 miles above, taken three times per year, over roughly 20 years. 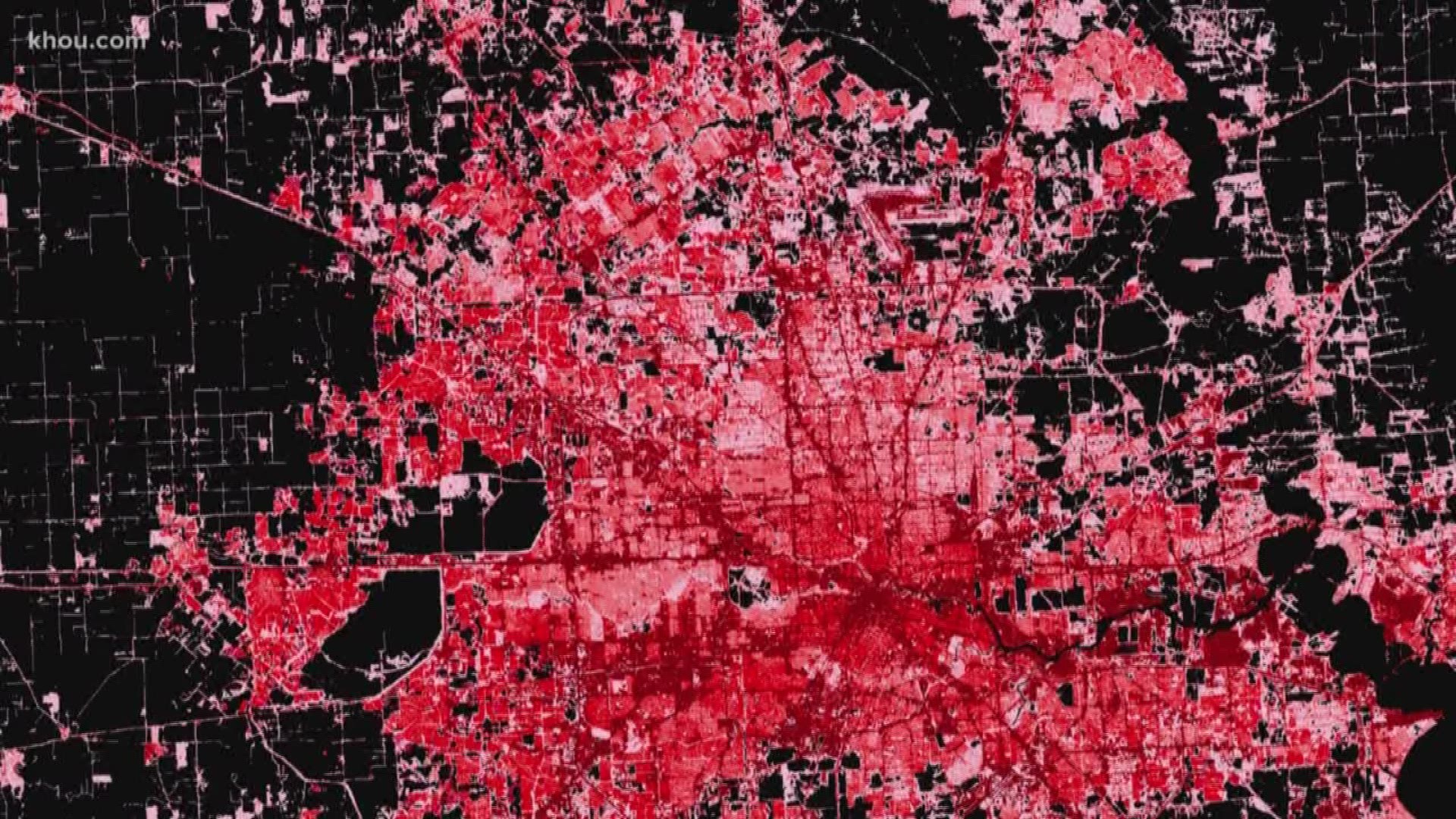 HOUSTON — Rice University is fighting flooding by tracking Houston’s growth from outer space with a new tool researchers hope could make preparing for and recovering from a disaster easier.

“Nothing like this had been done in Houston,” said Chris Hakkenberg, a postdoctoral research assistant at Northern Arizona University and Kinder Scholar at Rice University.

Hakkenberg used an algorithm to compile images of the Houston area from multiple satellites flying 438 miles above, taken three times per year, over roughly 20 years.

“The fantastic pace of this growth in the city is something that just really stands out,” Hakkenberg said.

That collection of satellite images of the 13-county Houston area taken from 1997 to 2017 was compiled into a GIF. The more intense shade of red, the denser the development. Hakkenberg’s research also showed rapid development in fast-growing suburbs like Pearland, Sugar Land, The Woodlands and Katy.

Hakkenberg said these compilations show not only where and when the region has grown, but also how quickly and densely.

“It’s not about a plan or a permit,” he said. “We can look and see exactly what’s happening on the Earth’s surface.”

Overall, Hakkenberg found 20 percent of the newly converted lands over a recent two-decade span fell within FEMA’s 100-year floodplain, and 14 percent were within federally recognized wetland. The total new developed space was enough to cover all of San Francisco, the East Bay, and nearby land and water.

“You, first of all, have a much more accurate picture of the potential impact of different sorts of rain events, and also what it can be used is for forecasting,” he said.

Information from above Hakkenberg hopes planners and lawmakers will use to make more informed choices to save property and people below.

Rice University and Houston Endowment funded the research. To see the studies and images, click here.