One injured after car turns in front of fire truck in Montrose, police say

The fire engine was headed to a reported house fire when the crash happened. 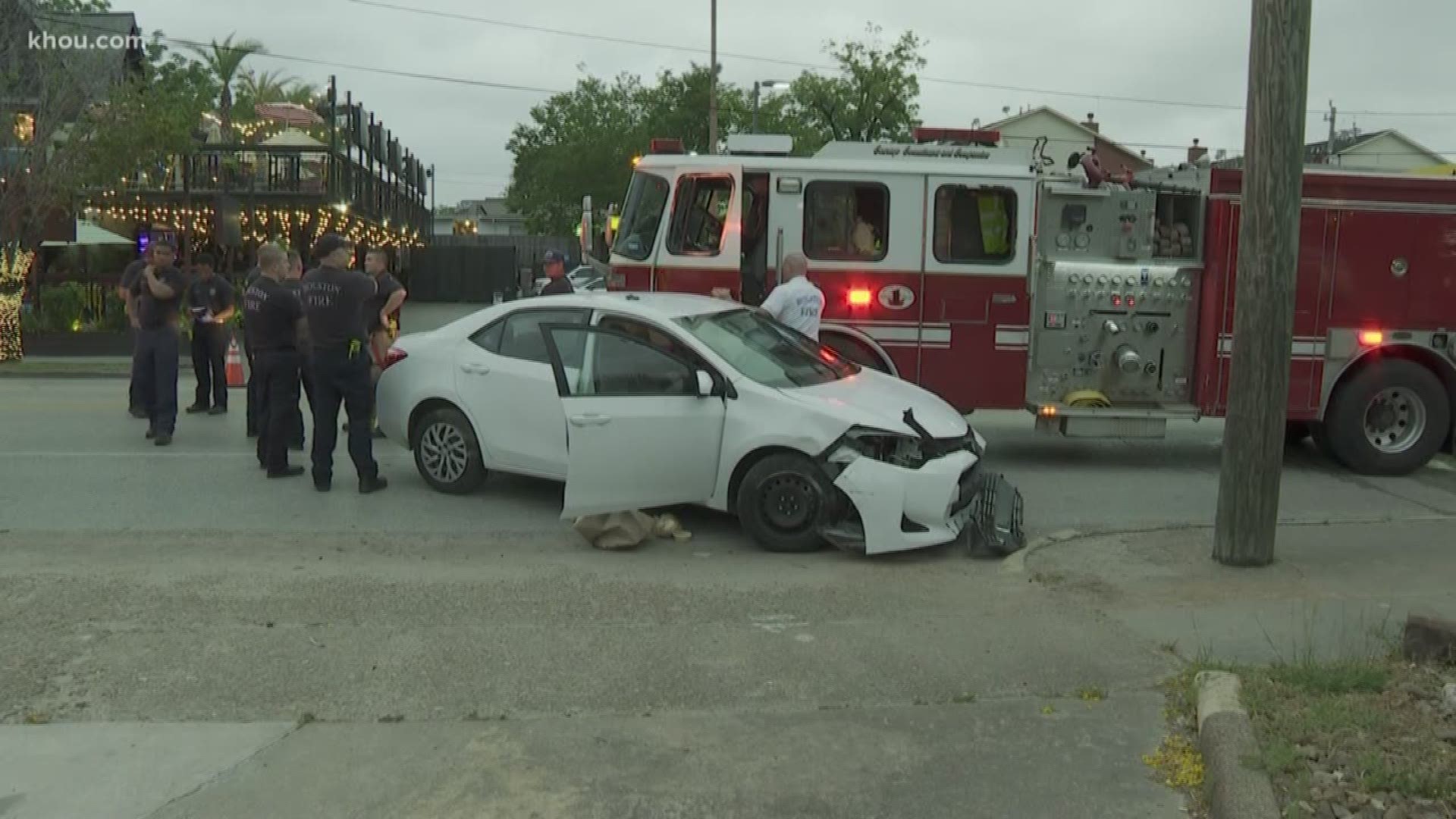 HOUSTON — One person was taken to the hospital Wednesday evening after illegally turning in front of a fire truck, according to police.

This happened on Westheimer Road and Commonwealth Street as the engine was on the way to a reported house fire in Montrose, the Houston Fire Department confirmed.

Police said the fire truck and the car were headed in the same direction when the car tried to turn in front of the truck from a middle lane, causing the crash.

The driver of the car was injured, but he is expected to be okay.

Police said he could be cited.

No firefighters were seriously hurt in the crash.

Westheimer Road is shut down in both directions near the crash scene.