Surveillance cameras outside the store captured the men arriving and leaving the Walmart in separate cars. 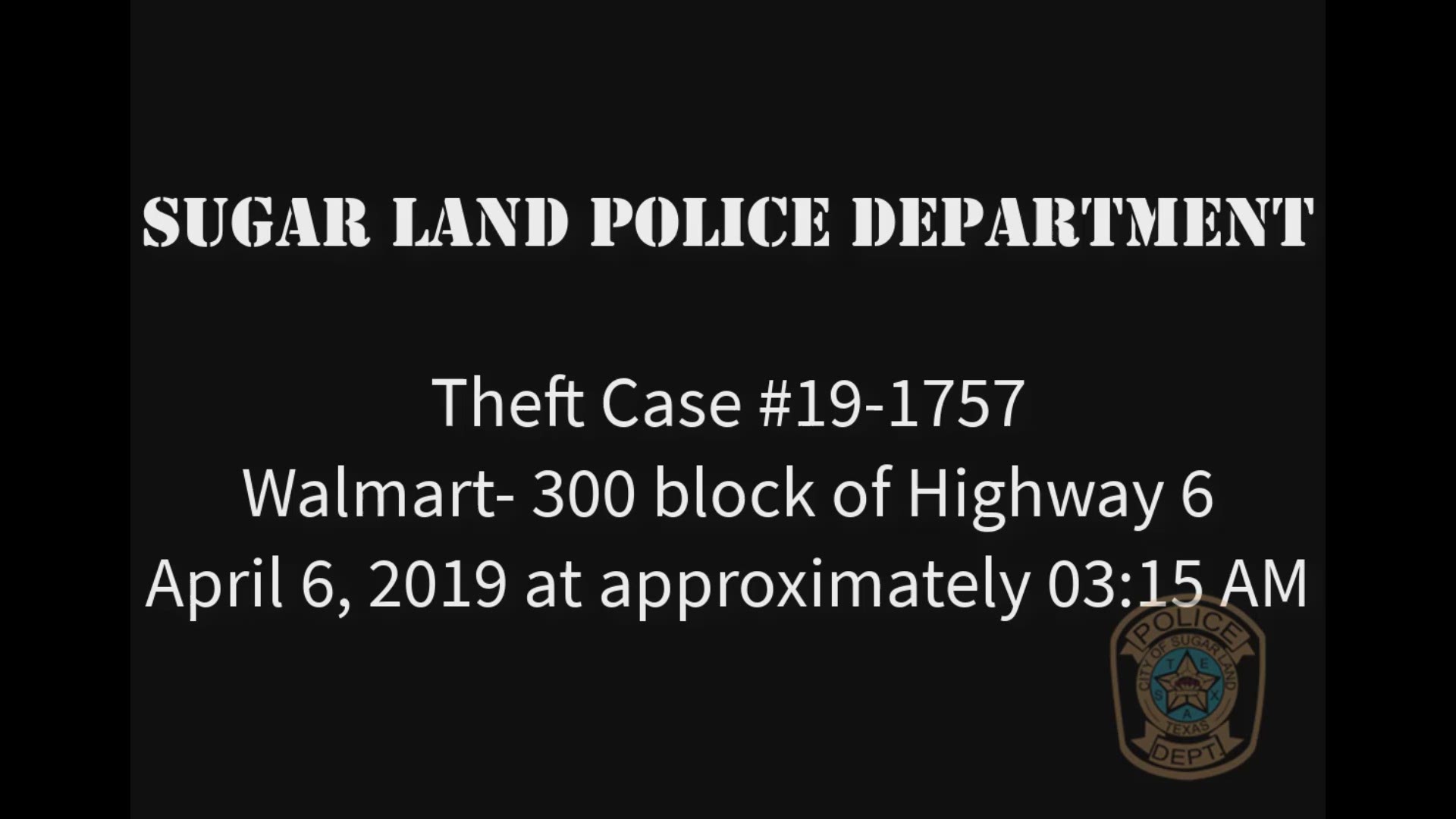 SUGAR LAND, Texas — Sugar Land police are looking for two men who walked off with 56 video games from a Sugar Land Walmart in the beginning of April.

The two men were caught on surveillance video walking into the Walmart at about 3:15 a.m. They went to the electronics department and used a key to open a display case. They then filled their backpacks with $2300 worth of video games and walked out the store without paying.

Surveillance cameras outside the store captured the men arriving and leaving the Walmart at 345 State highway 6 in separate cars. One car was a cream Buick Lacrosse with four doors. The other was a silver Chevrolet Equinox or Traverse.

Police said both men are black. One is between 40 and 50 years old and weighs about 200 pounds. He was wearing a dark shirt, pants and shoes. He was bald headed and had a mustache.

The other man is between 25 to 35 years old. He was wearing a white or gray hoodie, black pants and dark tennis shoes. He also had a black do-rag on his head.

Anyone with information or can help police identify the suspects is urged to call the Sugar Land Police Department at 281-275-2540 or Fort Bend County Crime Stoppers at 281-342-8477.