County Commissioner Pct. 3: 'We still don't know the full extent of the damage.' 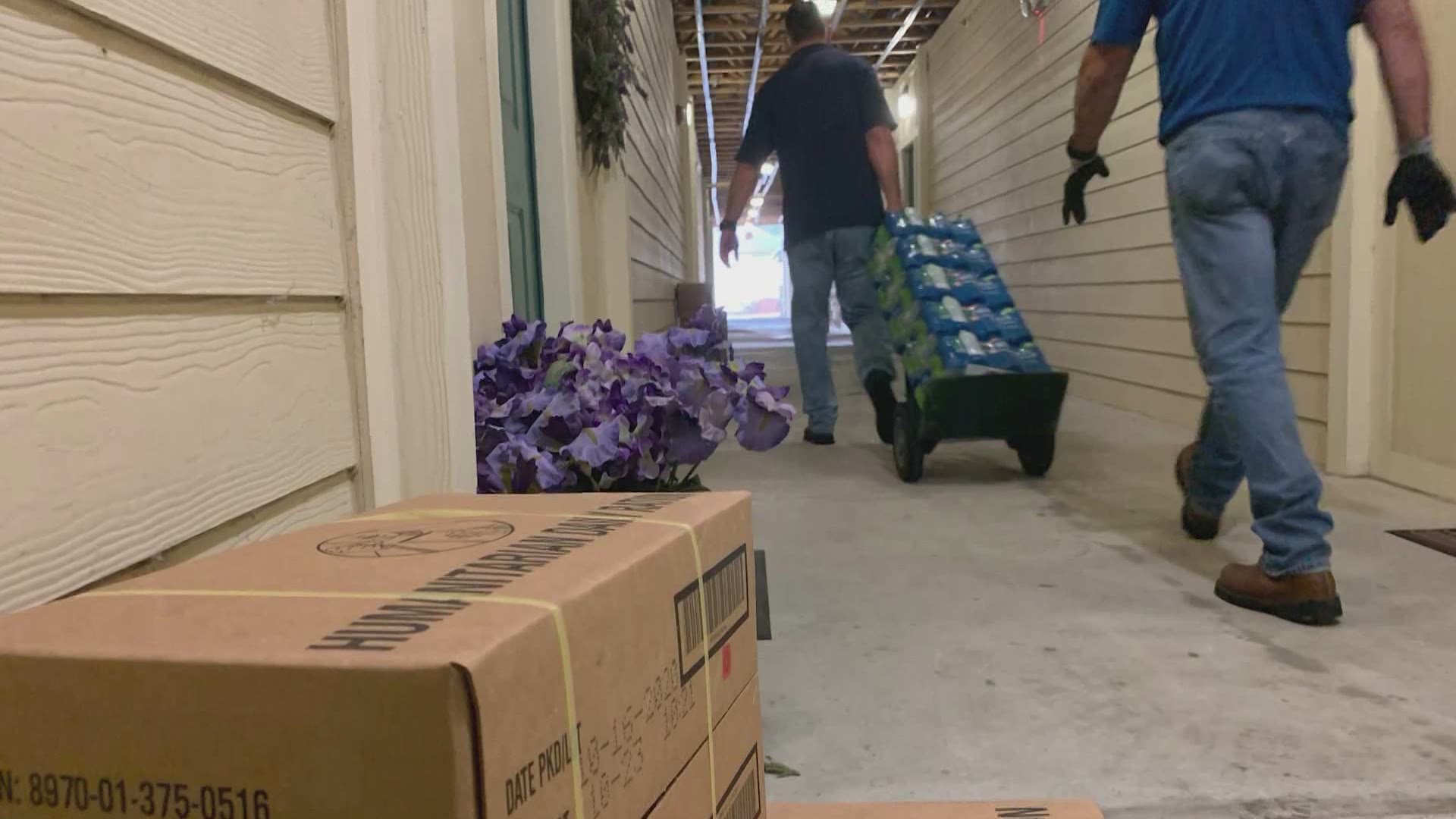 HOUSTON — We’ve been getting calls and emails from many viewers who say they still don’t have running water in their apartment buildings.

Water trucks were sent to a senior living apartment complex in Katy on Friday for senior citizens who had been without water for more than a week.

The seniors couldn’t bathe, brush their teeth or flush their toilets.

Harris County Precinct 3 crews learned about the water problem on Thursday when they were delivering boxes of food to the residents.

“[They were] unable to bathe, unable to cook and unable to drink,” said Torie Bialas, who is the daughter-in-law of one of the residents at Providence Place. “They’ve been on walkers and wheelchairs having to dig out water from their pool.”

Crews from Harris County Pct. 3 ran hoses up to the third floor of the buildings to fill up water troughs so the residents could flush their toilets.

Each one of the neighbors was also given a bucket to draw the water from the trough on their floors.

“These  are three-level apartments,” Pct. 3 County Commissioner Tom Ramsey said. “People were having to go from the third floor down to the swimming pool somehow get a bucket, somehow get it back up. When you’re on a walker and you can’t get around it’s a problem. It’s a real problem.”

The apartment complex says that as of Friday afternoon running water has been restored.

But there a many more places where the water is still out.

“We still don’t know the extent of all the damage,” Ramsey said.

“It’s a large number of folks out there that still don’t have water.”

He says tomorrow they’ll be doing the same thing at other buildings where residents have been living without water since the freeze.

“We are literally driving up and down the street looking for places without drinking water,” Ramsey said.