Texas A&M Task Force 1 has participated in more than 160 operations since its founding in 1997. They do training exercises about once a year. 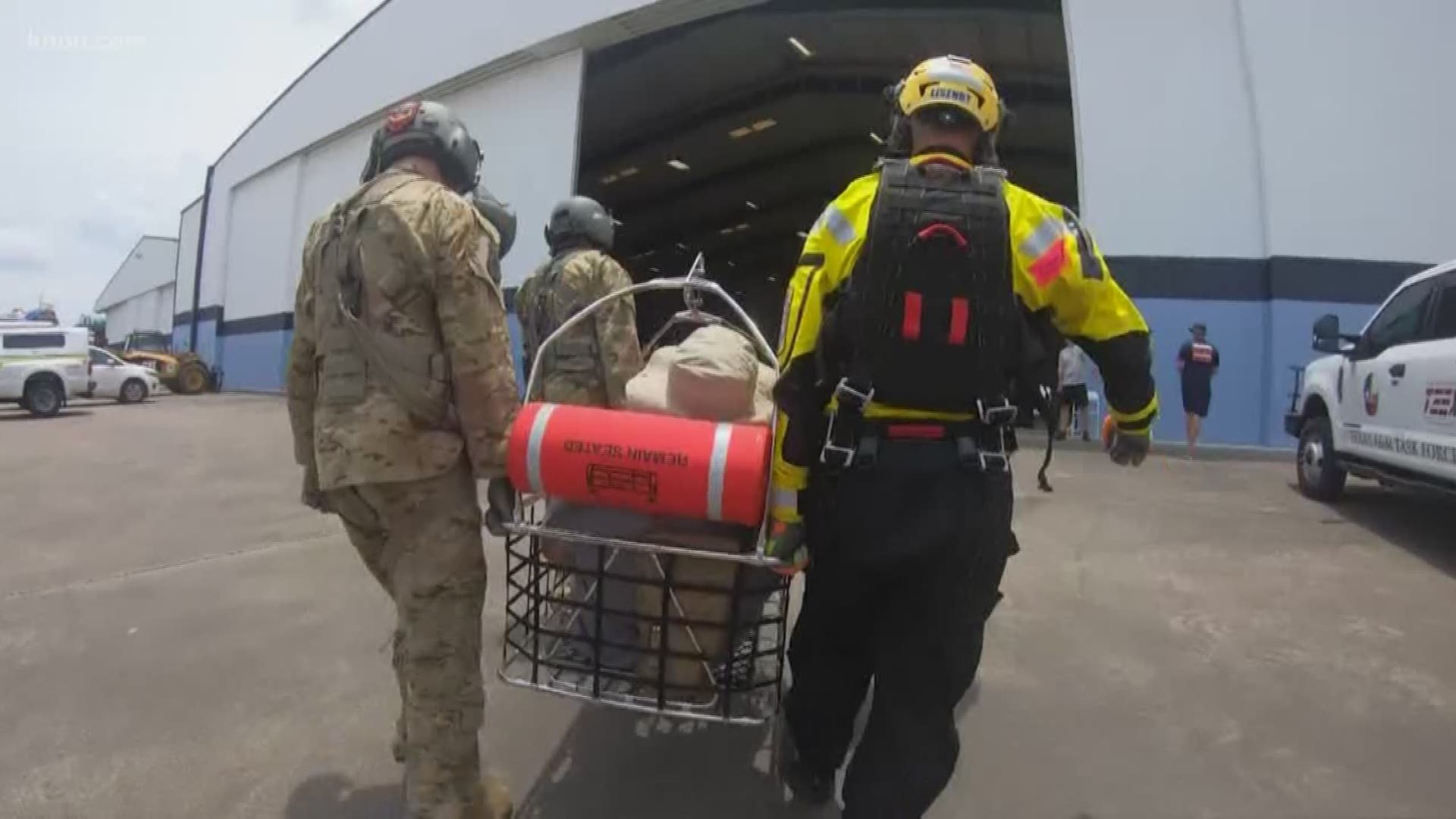 GALVESTON, Texas — Aircraft of all kinds were part of the largest search and rescue exercise in the nation Wednesday in Galveston.

“We have about 271 participants,” said Chuck Jones with Texas A&M Task Force One.

It’s one of 28 sanctioned urban search and rescue organizations around the country.

Rescuers from at least six states came to this training to further hone their skills.

“They’re going through scenarios that we’ve been through in the past for the different hurricanes and emergencies around the state,” said Jones.

A C-130 flew to Corpus Christi packed with people pretending to be evacuees.

They were much like the real ones who were airlifted from Scholes Airport after Harvey.

Meanwhile, we saw a crew bring in a volunteer acting as a survivor rescued from a mock water emergency.

Stapleton showed us all of the gear he wears during both real-life operations and these realistic exercises.

What they do know is how invaluable true-to-life training can be.

Texas A&M Task Force 1 has participated in more than 160 operations since its founding in 1997.

They do training exercises about once a year.