"We're just narrowing their field and giving them another tool in their toolbox they can use, to help solve these cases,” 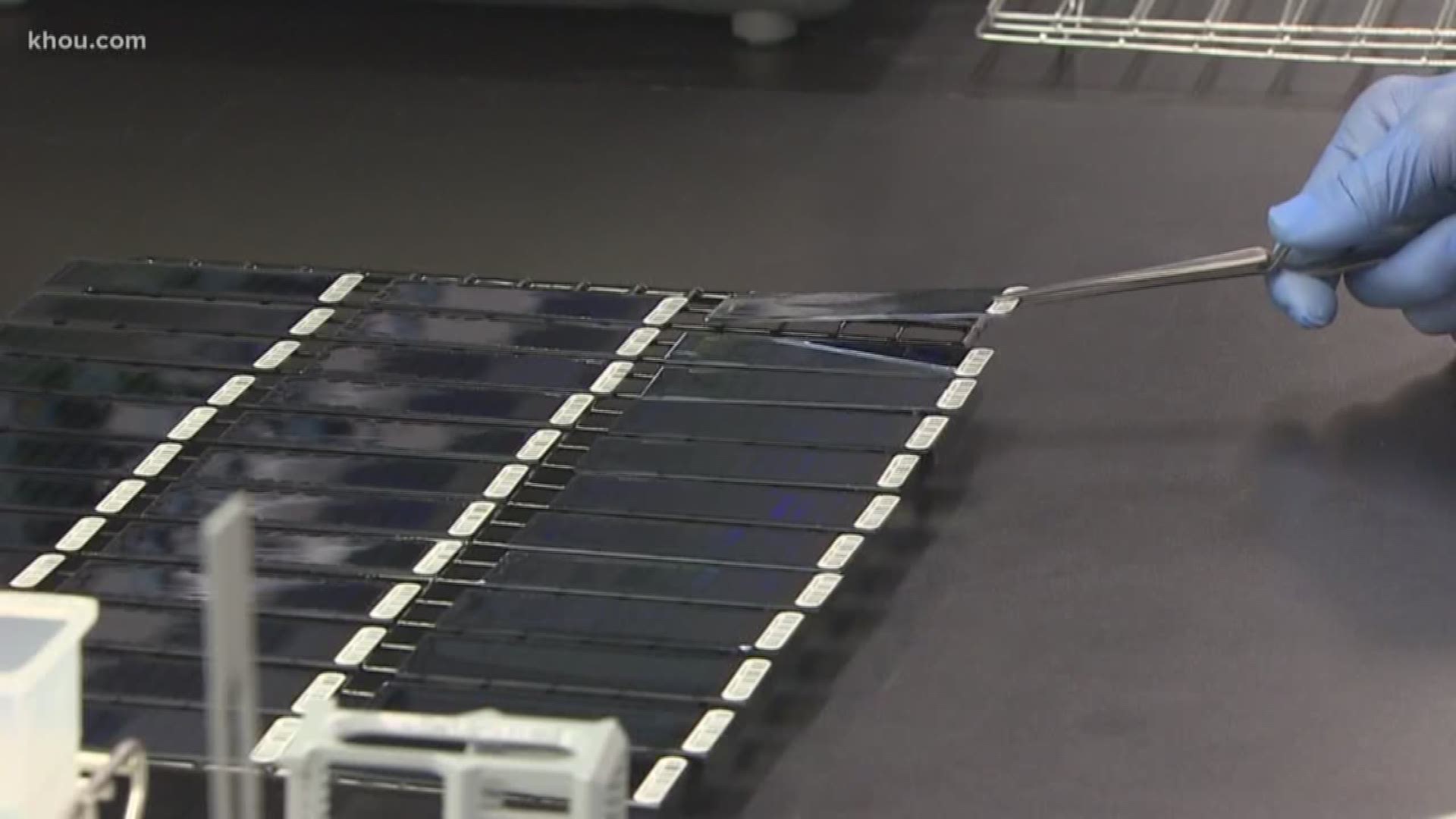 HOUSTON — Police identified the two “Killing Fields” victims using genetic genealogy, linking the DNA of the women to relatives in an ancestry database, and narrowing their search from there.

The database used in the Texas Killing Fields cases belongs to the Houston-based company, FamilyTreeDNA.

"I was surprised that we were able to identify both," says Bennett Greenspan, FamilyTreeDNA’s CEO, who spoke exclusively with KHOU’s Jessica Borg.

Both women were murdered more than 30 years ago, and their bodies were discovered in oil fields at the end of Calder Road in League City.

"We're helping people find relatives. It just so happens in this particular case, it's not an adoptee, but it's more likely a murder victim," said Bennett of his company, which he started nearly 20 years ago from his Houston home.

He says in late January, League City Police gave the company DNA samples from the victims’ remains, so it could be cross-referenced with the DNA profiles of customers in their digital database.

Both unidentified victims had relatives in FamilyTreeDNA's database which has about 2 millions users.

"The more people you have in the database, the more likely you'll be at finding a close match," says Dr. Connie Bormans, a geneticist and the Lab Director of FamilyTreeDNA’s Gene-by-Gene Laboratory.

For one of the victims, it was a quick and solid match with someone in their system.

"It was a second cousin and for these forensic cases, that's a very good lead, so using that information, they were able to go up the family tree from that person and then back down to their Jane Doe," Dr. Bormans says.

Greenspan views these relatives as "genetic witnesses" to a crime.

The company says every week, police departments around the country contact them in hopes of identifying a victim, or tracking down a murder or rape suspect.

Dr. Bormans says the work their lab does is crucial if justice is to be served.

Law enforcement has their own DNA database called CODIS, with about 17 million samples or profiles of those who've been arrested and convicted of crimes.

Greenspan says it's disproportionately made up of minorities. His company’s database is not. It’s helped to solve about a dozen cold cases, over the past few months.

"I think practically every case that has been resolved has been an older white guy who raped to killed someone 20, 30, 40 years ago that was not in CODIS, that never would have been found if law enforcement wouldn't have been able to use a different database," says Greenspan.

The use of these popular genealogy databases by law enforcement is not without controversy.

Privacy advocates say police shouldn’t be allowed to poke around in someone’s genetic data. Greenspan argues police are limited to the same access to data as a paying customer who submits DNA.

"We're not interested in enabling anyone to do a fishing expedition. What we're interested in is helping law enforcement to the extent that we're able to, to solve horrific crime within our societies," says Greenspan.

"We're just narrowing their field and giving them another tool in their toolbox they can use, to help solve these cases,” Dr. Bormans added.

It’s a new frontier in law enforcement, with no legislative guidelines yet in place.

“We are taking baby steps in an arena that I think everyone is feeling their way in the dark,” Greenspan said.

Baby steps, Greenspan adds, that may help to deter violent crimes, if criminals know they have a relative who could reveals secrets through shared DNA.

"I think that the genetic genealogy community has in effect provided a gift for the potential of a more civil society."

It has made customers aware that law enforcement uses their database to solve cold cases. It has also given people the choice to "opt out" of having police use their DNA profile in cases.

Greenspan says so far, only 1% of customers have opted out.