It's going to require massive effort, thousands of volunteers and temporary vaccination clinics to execute. 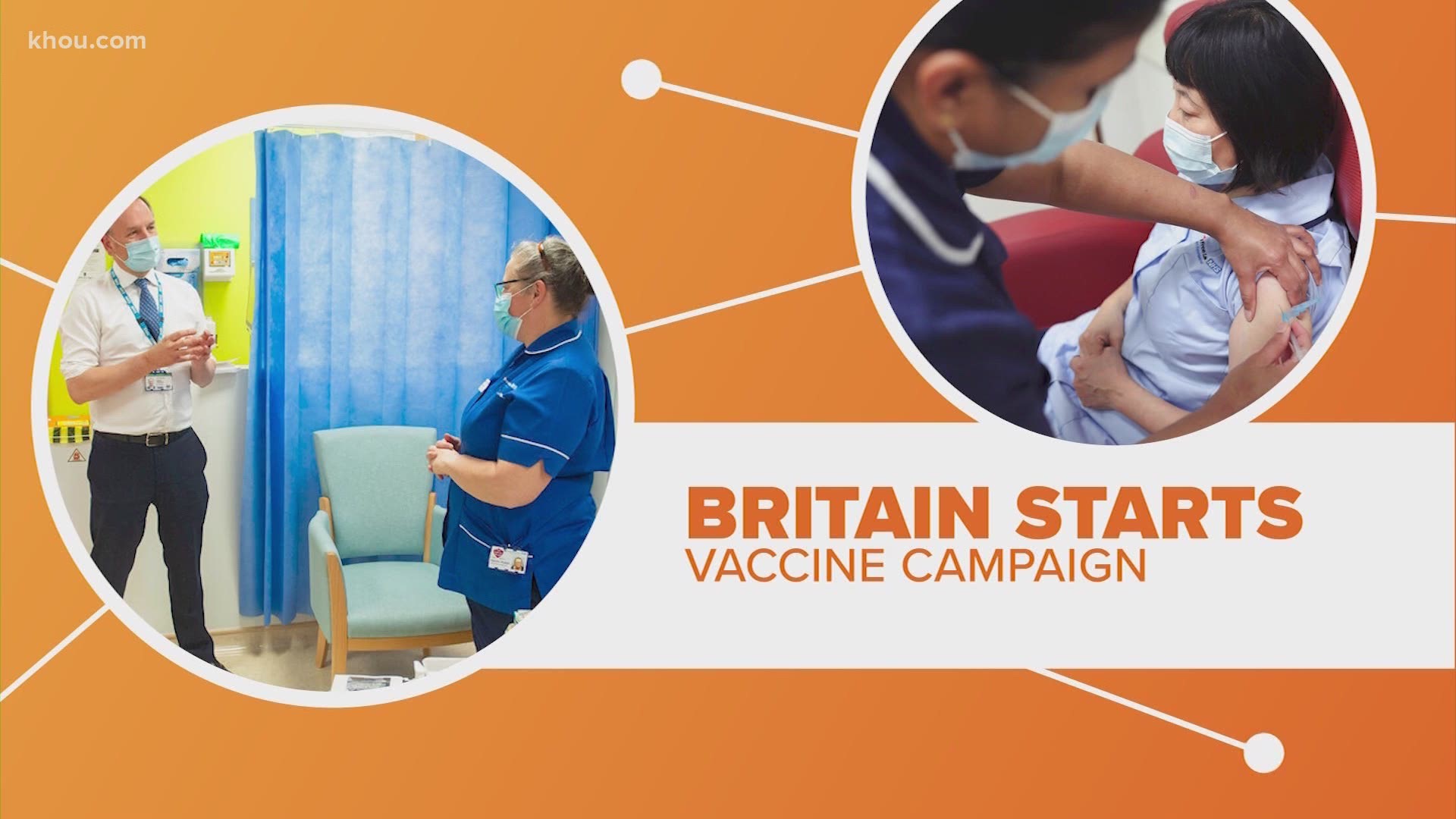 Britain rolled out its coronavirus vaccination program Tuesday, which is expected to be a massive and logistically complicated effort. So how will it work? Let’s connect the dots.

First up, these first doses being given in Britain are the vaccine developed by Pfizer. The company was given emergency approval by U.K. regulators last week. It is the first western county to tackle the mass inoculation against coronavirus.

China and Russia have already started vaccination campaigns, but those have been shrouded in secrecy and there are still questions about the safety of the vaccines they are using.

Healthcare workers and people over 80

The first people getting the vaccine in Britain are front line healthcare workers, care home employees and people over the age of 80.

Fifty hospitals have been named as vaccine hubs, where the shots are first being handed out. Later community health clinics and doctors offices will start inoculating patients. Britain’s prime minister calls it the largest civilian logistical effort in UK history.

This is a massive undertaking; the county is relying on an army of health care workers as well as tens of thousands of volunteers and members of the military.

Retired health care workers are being recruited to help and sports stadiums and large venues are being turned into temporary vaccination clinics. In all, Britain hopes to vaccinate tens of millions of people in just a few months.