A very small percentage of protesters went to jail given that there were an estimated 60,000 marchers, police said. 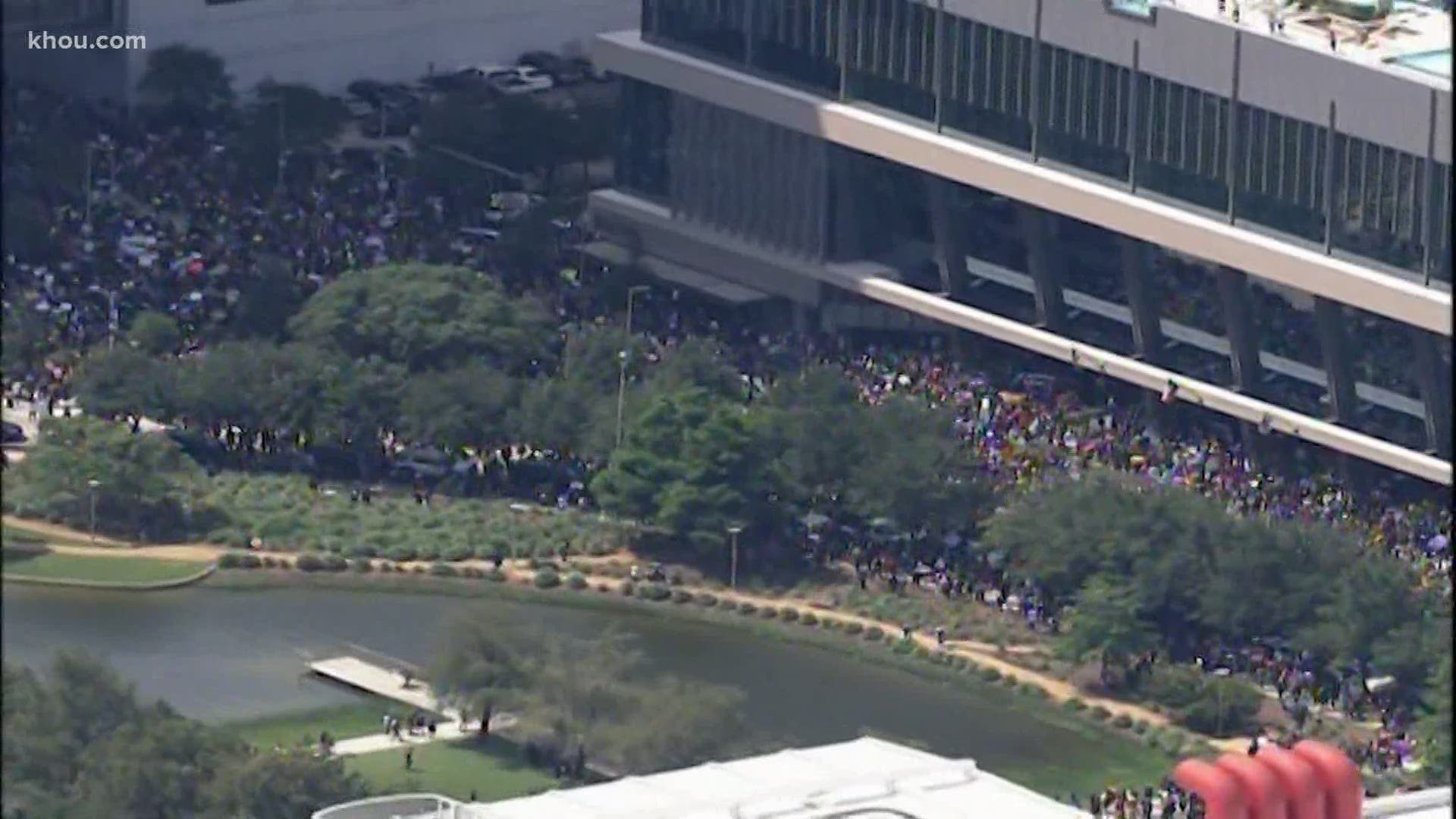 HOUSTON — Tens of thousands of Houstonians turned out in downtown Houston on Tuesday for a passionate and peaceful march and rally honoring George Floyd.

Organizers estimated there were 60,000 people in the crowd.

There were no reports of looting or widespread reports of injuries, damage or smashed windows.

Houston police later tweeted officers made more than 200 arrests in downtown throughout the afternoon and evening for “individuals engaged in criminal conduct, including throwing rocks and bottles at officers.”

“Many, despite orders to clear the streets, refused to do so and were taken into custody," police tweeted.

Many of those who were arrested were taken into custody along Pierce and Chenevert, on downtown’s southside just a couple blocks from HPD’s South Central Substation.

Credit: OnSceneTV for KHOU 11
Protesters taken into custody along Pierce and Chenevert

“This is an extremely low number of arrests considering the thousands of people in our community who marched and demonstrated peacefully today. We're not aware of any significant property damage or injuries,” HPD tweeted.

Earlier in the evening, Houston Mayor Sylvester Turner was among those telling people to go home and clear the area following the earlier peaceful march.

"For those remaining in the downtown area from the march, please clear the area and return home. This has been an incredible day for #GeorgeFloyd and his family," Turner tweeted.

For those remaining in the downtown area from the march, please clear the area and return home. This has been an incredible day for #GeorgeFloyd and his family. st

RELATED: Most arrested during weekend protests were Houstonians, despite claims