A group of a few dozen angry protesters shouted at police, when one black man stepped forward, and asked the officers to touch him: to recognize him as a human being 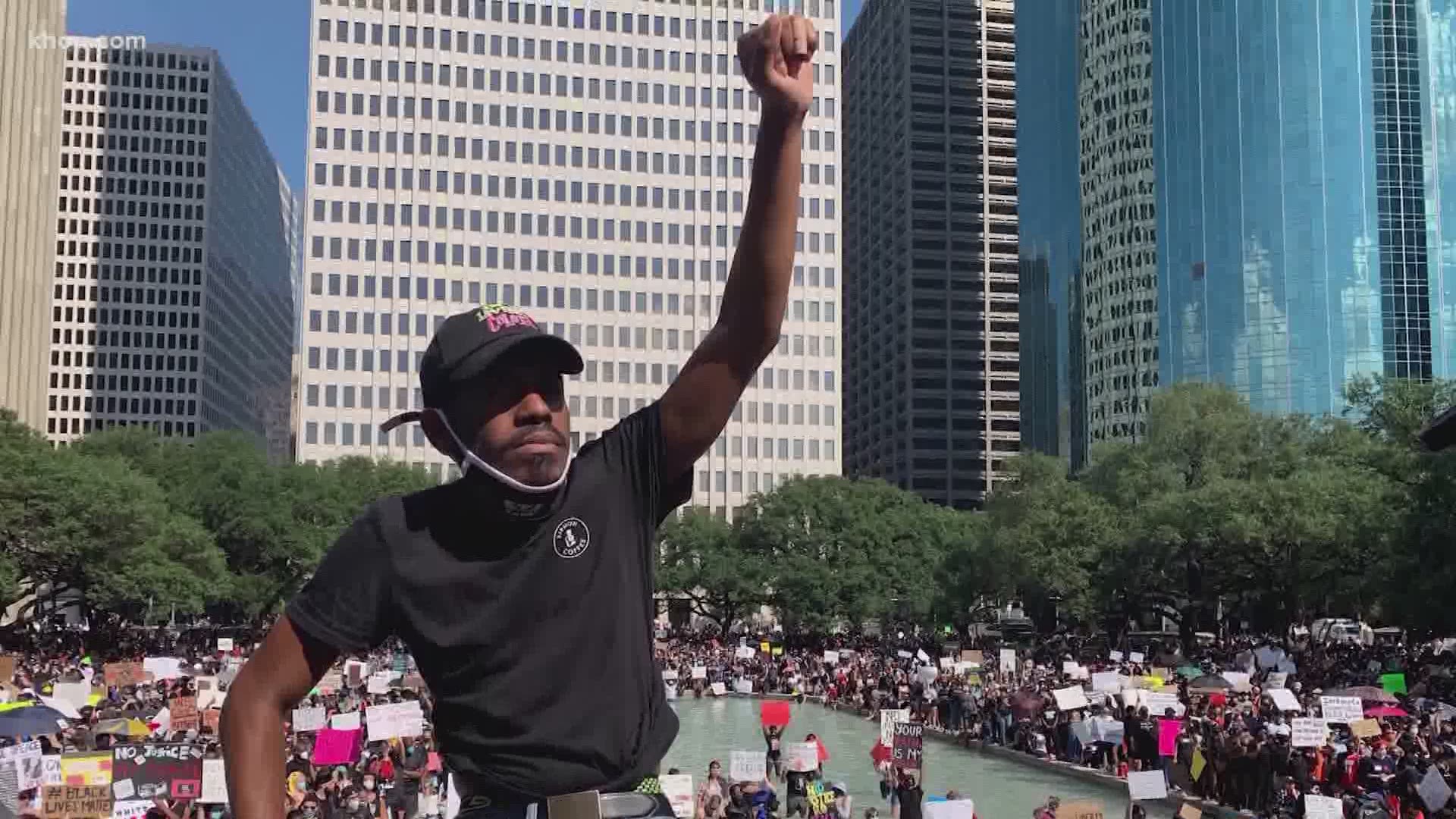 HOUSTON — Houston police Cmdr. Paul Follis thought he was about to lose the scene at Houston City Hall.

A group of a few dozen angry protesters shouted at police, when one black man stepped forward and asked the officers to touch him—to recognize him as a human being.

Follis reached out and put his hand on the man’s shoulder.

The crowd erupted in shouts, advancing towards the line of police officers, thinking the protester was about to be arrested. Officers stepped up, too. Then the protester turned around, screaming and waving off the protesters behind him.

He yelled at the officers to kneel.

“They were getting more and more agitated by the moment, and it just takes one little spark to get an agitated crowd to move to violence,” Follis said. “I don’t know if we would have lost total control of the crowd or not, but it wasn’t worth taking the chance of losing control of that crowd.”

“He was blaming all police for that and I said, ‘Let me tell you, that’s affected everyone that wears this uniform. I’ve worn this uniform for 34 years and the things that happened in Minnesota changed the world for all of us,’” Follis told the man. “I assured him that I was not trying to put myself in his shoes; I would never really understand the way things happened the way he understands the way they happened. And from there it got personal. We talked about families, kids. He told me to take care of my kids, I told him to take care of his kids. And that was it.”

Slowly, over the next hour, that crowd of angry protesters began having conversations with the officers on the steps, peppering them with questions about how they do their jobs, and how they need to be held accountable.

“The thing that happened in Minneapolis affected all of us. It changed all of our lives, and we need to learn from that, move forward from that, and hopefully we can move forward with a better relationship,” Follis said.

The young man seen in that video did not want to give us name, only referring to himself as “Him,” and he declined our request for an interview, simply summarizing the conversation as such.

Him: There needs to be a change.

Follis: There will be a change.

Him: There better be.