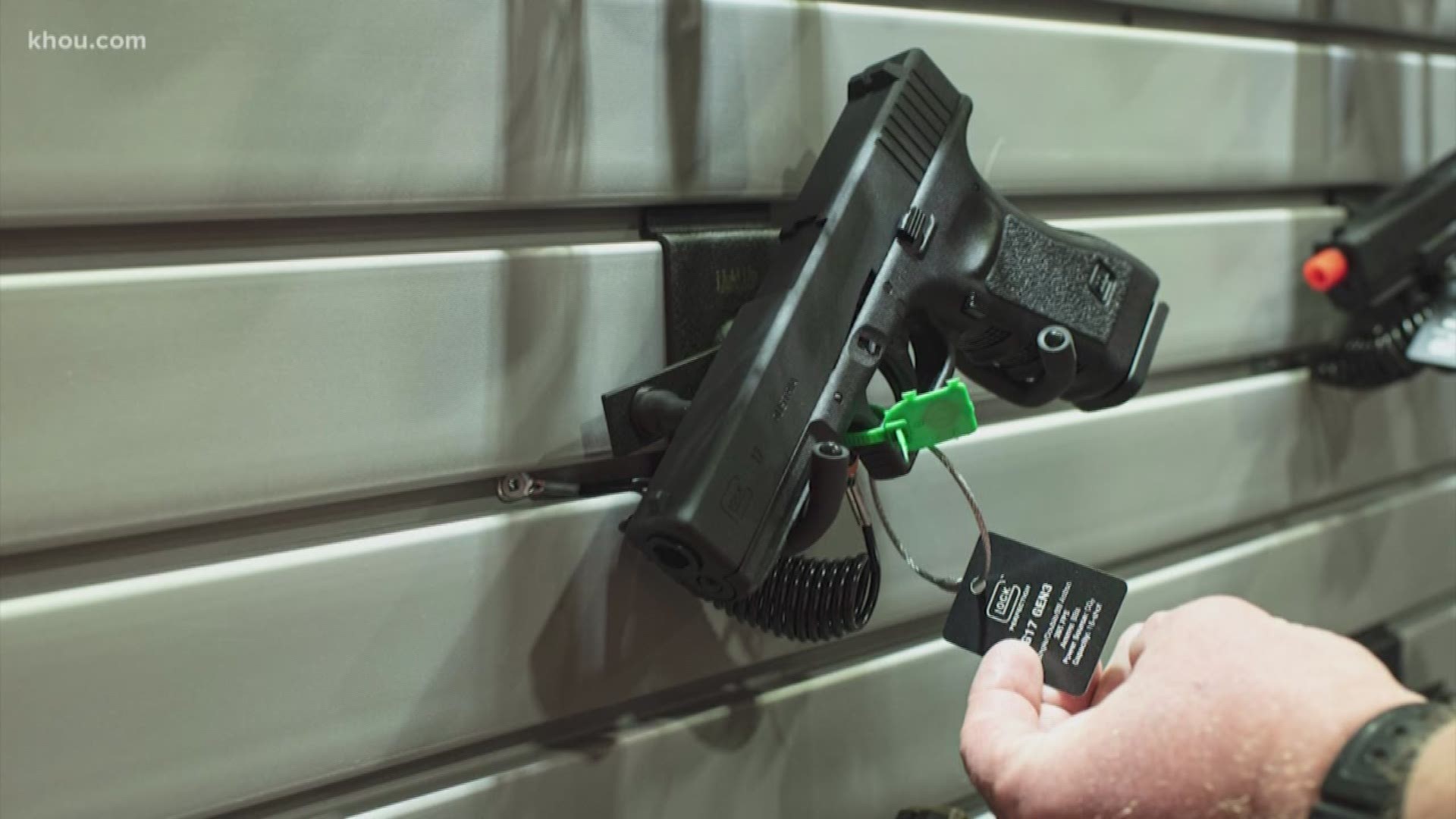 HOUSTON — Several Houston Congresswomen and city officials are calling on the U.S. Senate to take action on a bill about background checks for gun sales that has been sitting in the Senate for nearly a year.

H.R. 8 would require a background check for every firearm sale.

Specifically, it prohibits a firearm transfer between private parties unless a licensed gun dealer, manufacturer or importer first takes possession of the firearm to conduct a background check.

The prohibition does not apply to certain firearm transfers, such as a gift between spouses in good faith.

Rhonda Hart's daughter Kimberly was killed in the Santa Fe High School shooting in May 2018.

"I hope that y’all never have to go through this. I hope that you never have to bury a child because it is probably the worst thing that I could ever happen to a parent. I can’t imagine anything worse," said Hart. "We’ll always have ‘we had a school shooting’ attached to us."

RELATED: 'Whose side are you on?' | After murder of Houston officer, Chief Acevedo blasts senators and the NRA

“Mitch McConnell, guess what? You want to know why we get angry? You come and ride with me. Stick around Houston, Texas because you will not have to wait very long to find the results of your cowardice, and that’s unnecessary death in our city," said Chief Acevedo. "My common sense tells me that if you are a wanted felon for committing any felony, but especially domestic violence, you should not be able to go to Store, buy a gun legally and finish the job."

Gun violence survivors and volunteers with the Texas chapters of Moms Demand Action and Students Demand Action, the grassroots arms of Everytown for Gun Safety, also spoke at the event.

Hart said H.R. 8 is a powerful measure that would decrease gun violence deaths.

"I’ll never forget the scream of the family that was in the other room next to me when they started telling us in Santa Fe," said Hart. "I want it to be that laws were changed in her name. I would love for those kids in Santa Fe for their legacy to be that something changed because of them."

"Congresswoman Fletcher will stand with advocates to call on the Senate to pass this common-sense legislation to protect our community and communities across the country," a spokesperson wrote in a media advisory.