"We are conducting a thorough investigation to find the parties responsible for the messages," stated HISD on Wednesday. 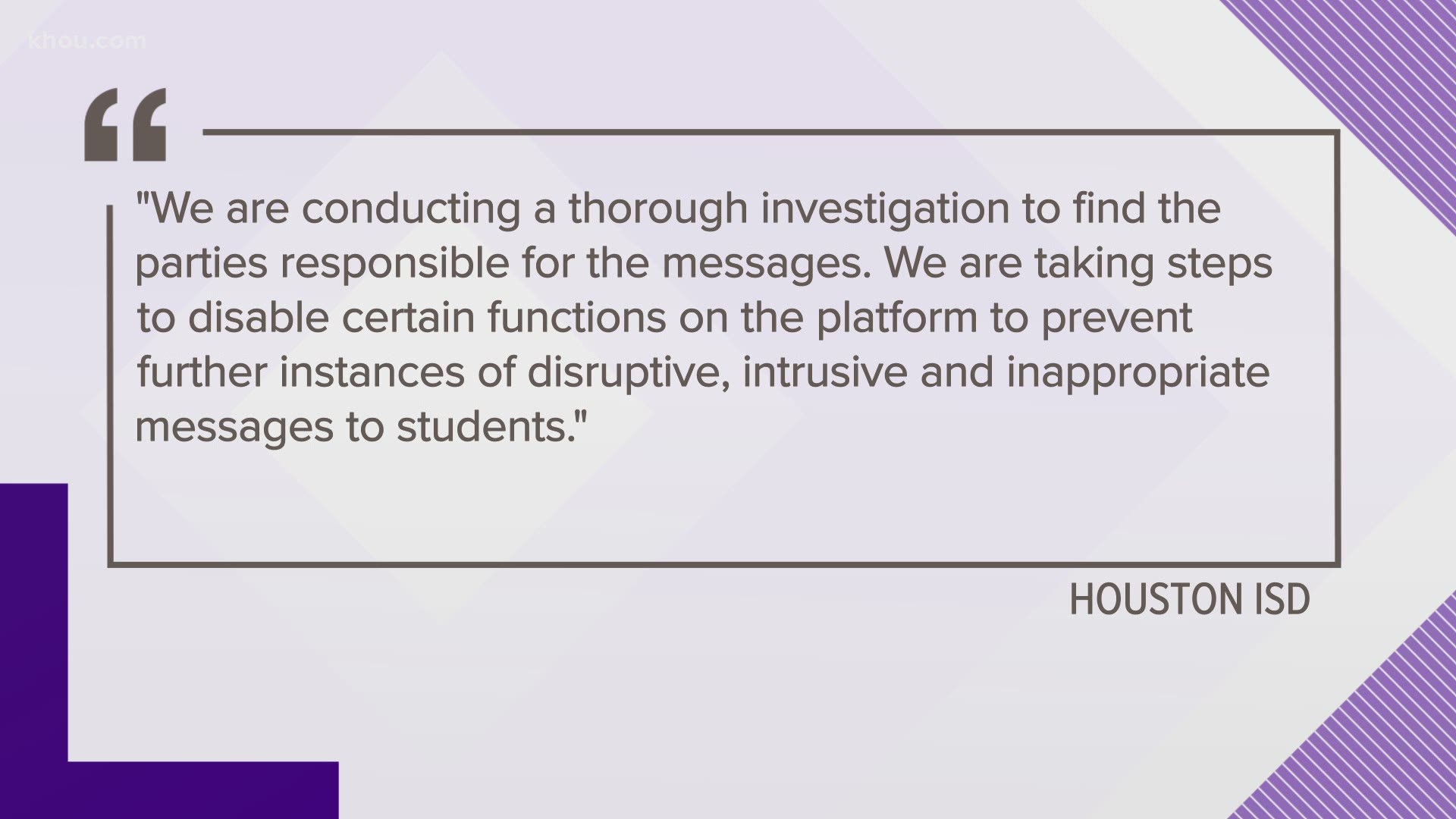 HOUSTON — As the virtual school year continues for many, the Houston Independent School District announced Wednesday it was investigating inappropriate communications sent to some students.

The messages were sent and received over the Microsoft Teams platform, HISD stated.

Details about the messages’ contents were not released. It’s also unknown how many students received the messages, which have been described as "odd."

“We are conducting a thorough investigation to find the parties responsible for the messages. We are taking steps to disable certain functions on the platform to prevent further instances of disruptive, intrusive and inappropriate messages to students,” stated the district in a press release.

So far, KHOU 11 has not heard of any reports of these messages being pornographic.

Earlier this year as school districts across the country scrambled to launch online learning due to COVID-19, there were dozens of reports of “hacked” Zoom sessions with offensive messages and pornographic or racist images sometimes shown in the middle of lectures. Zoom and other online meeting platforms have since made changes to their services in an effort to prevent what became known as “Zoom bombing.”