"For the last four weeks, it's been 'next week.' Next week. Have patience," said Antonio Zavala of the response from the City of Houston. "Next week." 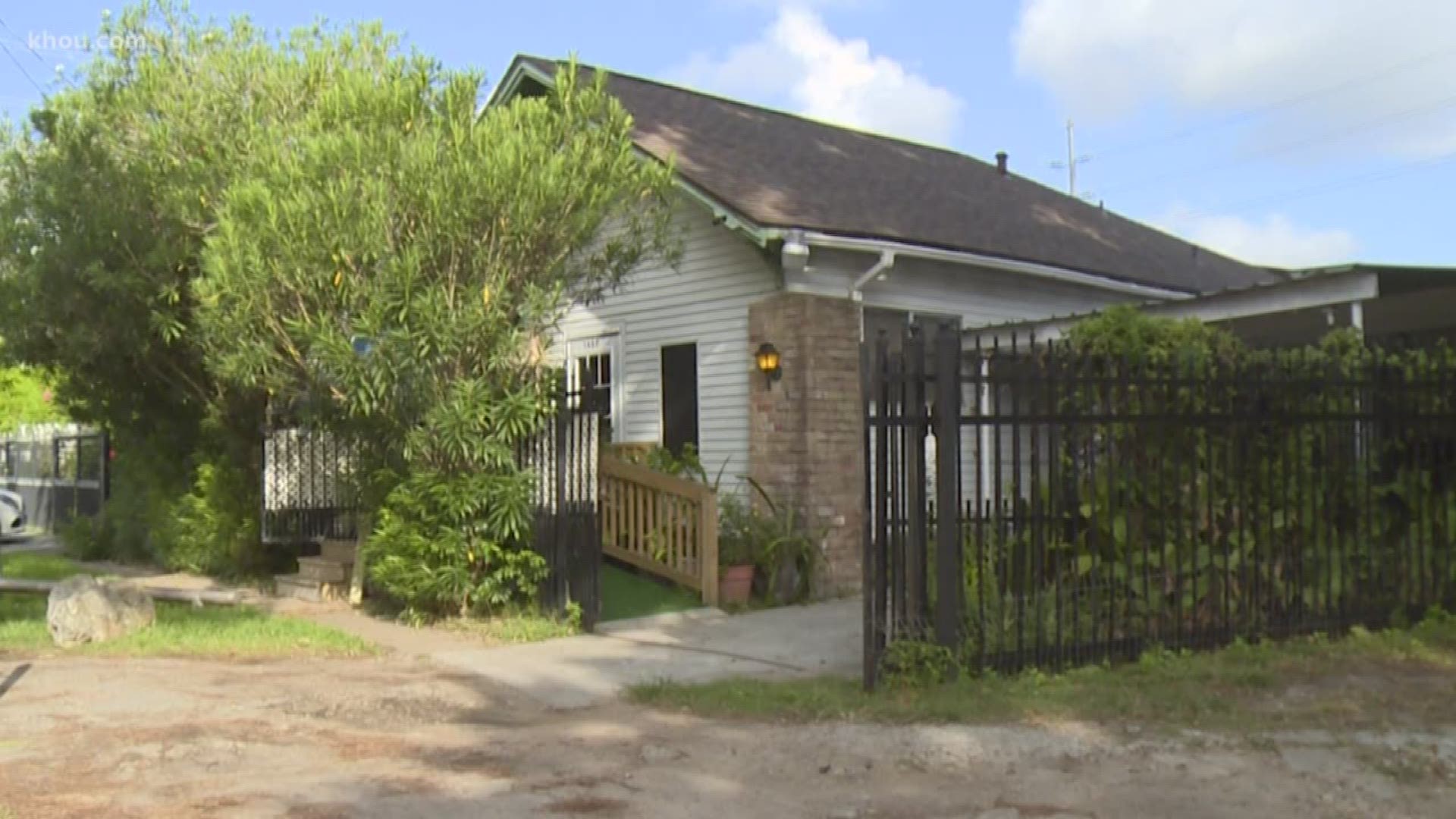 HOUSTON — On August 1, 2019 you couldn't get Antonio Zavala to stop smiling.

Even the humidity and Houston heat couldn't break the retired man's ear-to-ear grin.

"We feel blessed," said the 77-year old man. "Our fingers crossed, it will just be two months of us being out of our home."

His home, a 1,000 square feet home in the Northside neighborhood, was finally going to be repaired.

During Hurricane Harvey, wind blew the shingles off his roof. Water dumped into the home, triggering mold and damage to at least three rooms of the home he's owned for more than 40 years.

Their homeowner's insurance policy covered $1,000 of the roof repair. FEMA, according to Zavala, denied him financial help because of the insurance money.

"It takes a lot. You have to know somebody that knows somebody that knows somebody, how they went through the process," said Zavala. "And then you finally call the city and they tell you to go to this person, that person, and you go downtown and you pick up forms and forms and applications and applications and one day they call you and they say come in for an interview."

Antonio Zavala was one of the first Houstonians to apply for and be approved for the City of Houston's Homeowners Assistance Program. The program is sort of a last resort for people who couldn't get financial assistance for Harvey-related home repairs from insurance or FEMA.

On August 1, 2019, Antonio Zavala was so excited to hear that the renovation would be fast. He was told he'd be back in his home within 60 days. "We couldn't be any happier," said the retired truck driver. "We got to church every Sunday. We pray for the other people. Hopefully your application goes through."

More than 17,000 Houstonians have reached out to the City of Houston to begin an application process. You have to be invited to apply, because the city says a case worker works through each homeowner to make sure all available options are offered to the person. You can also apply to get reimbursed for any Harvey-related repairs that you paid for out-of-pocket.

"We want people to know that we have money to do repairs and reconstructions of homes," said Tom McCasland who runs the City of Houston's Housing Department. "And that work is beginning now, and it will continue for the next three years."

RELATED: Still hurting after Harvey? Houston has a BILLION dollars to spend on home repairs

On October 7, 2019, with the sun still beating down on Houston, Antonio Zavala rejoined KHOU Reporter Melissa Correa outside his home. His energy level had dropped.

"Every room in the house, they’ve had to redo, over.," said Zavala. "They’ve had to do all the windows over. Knock’em down and put them back up again. And they only work at night."

With a new front door installed, the locks had been changed by the construction company that was approved and vetted by the City of Houston. Zavala, can't go inside his home unless he's escorted by a city inspector, we're told for insurance and liability reasons.

We could not get a specific statement about what the inspector has seen inside the home, but Brittany Hyman, the spokewoman for the City of Houston's Homeowners Assistance Program, sent this statement:

"As in any home repair, it's important that the contractor delivers a quality project to the homeowner. That is the purpose of our inspection punch list, and we are working with the Zavala family to get them back in their home as quickly as the remaining punch list items are resolved."

The City of Houston kicked off its Harvey-related Homeowner Assistance Program in April 2019. Construction began in late April/early May.

As of October 4, 2019, the City of Houston has approved 50 rehabilitation/reconstruction projects for a combination of city-managed repairs and reimbursement at a total of $4,921,344.78.