More early votes have been cast by Texans than voters from any other state in the country so far. 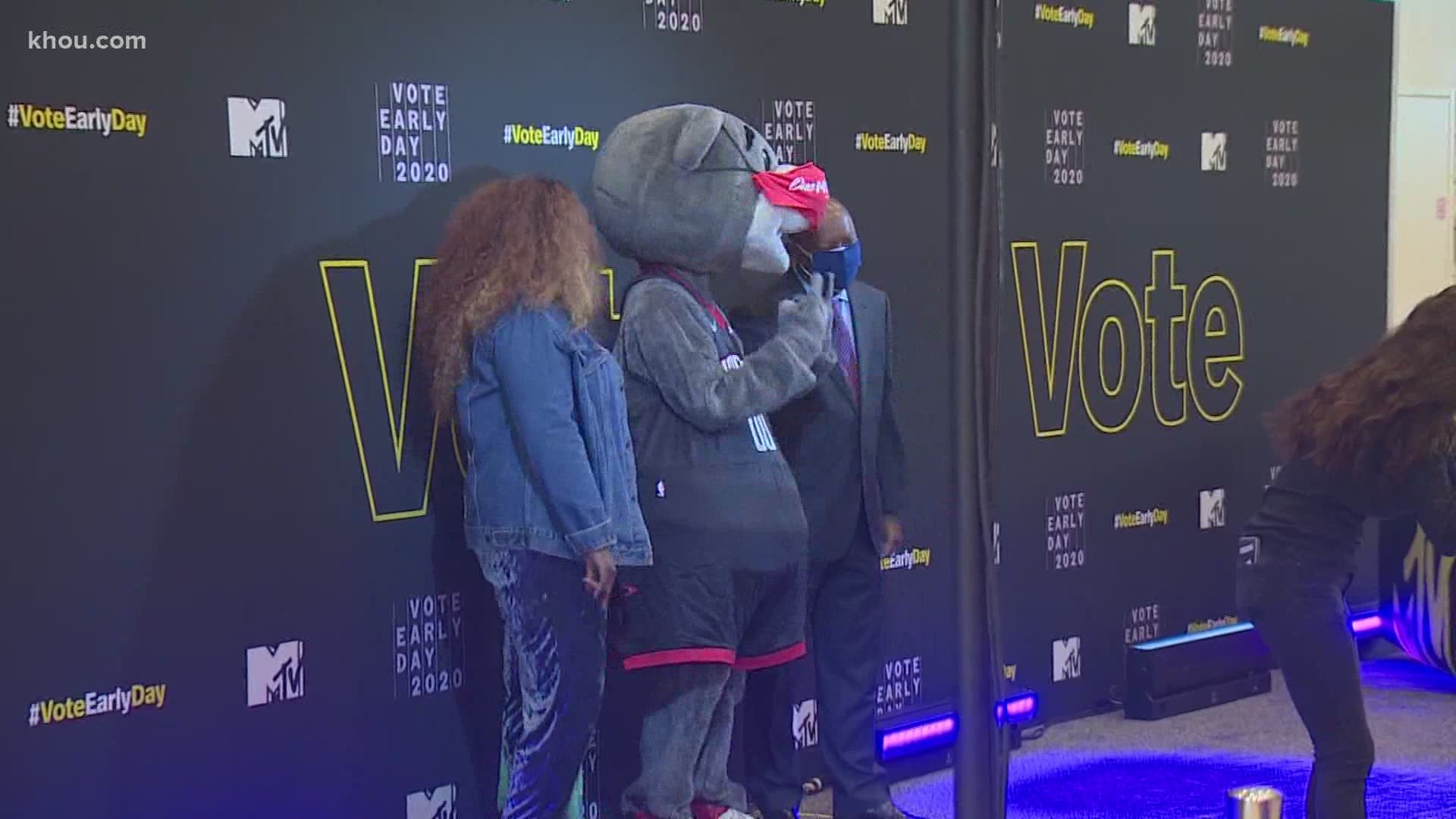 HOUSTON — Tens of thousands of voters continue to turn out to the polls in Harris County this weekend.

The county already broke its record for number of ballots cast during early voting.

The high-voter turnout trend is not restricted to Harris County. Texans have cast more early votes than residents of any other state in the country so far.

“Voting this year is a cool thing to do,” said Houston mayor Sylvester Turner at a voting event at the Toyota Center.

The basketball arena has been turned into a polling site during the pandemic.

“If we do not continue to treat voting as something our ancestors had to fight for, it will casually be one of those things that (becomes), 'Oh, we don’t have to do that,’” singer Kam Franklin said.

Data from the Harris County Clerk’s Office show women's votes make up 56 percent of the ballots that have been cast.

The data show young adults are showing up to the polls more as well. 18- to 29-year-olds make up almost 14 percent of the county’s early votes.