The county set record-breaking totals for voter turnout since early voting in Texas began on Oct. 13. 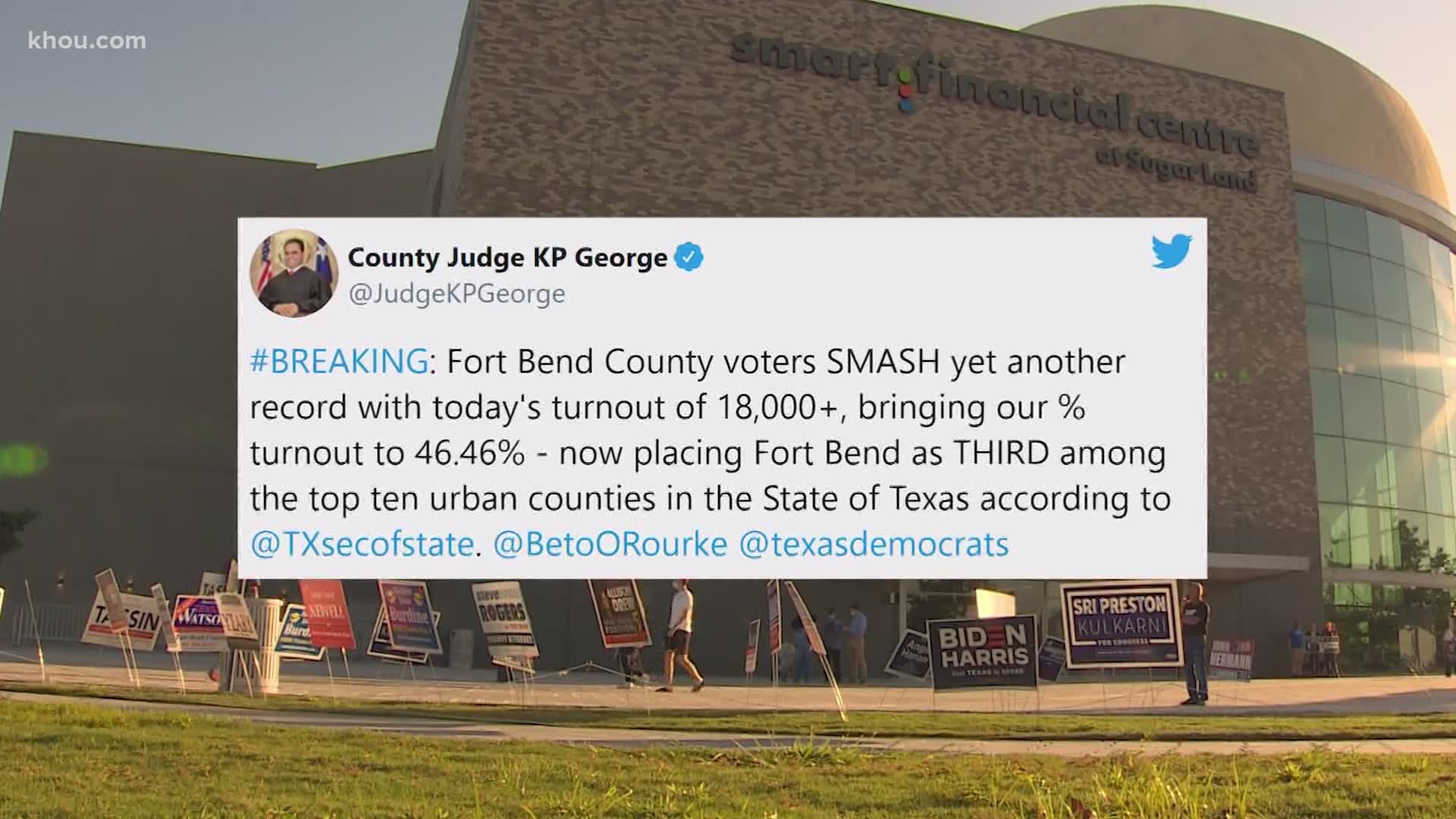 FORT BEND COUNTY, Texas — Voters in Fort Bend County are hitting the polls in record-breaking numbers to cast their ballots early in the 2020 Election.

So many of the registered voters in the county are casting ballots that Fort Bend County leads three of the state's most populated counties in percentage of voter turnout.

Compare that to counties with major metropolitan areas like Harris County (Houston), Dallas County (Dallas) and Tarrant County (Fort Worth), and Fort Bend County ranks higher than all three in percentage of in-person voters.

It was a pleasure to meet @JayllanBarnes and his awesome family at the @SmartLiveTX — which is a brand new voting location mega site this cycle. @KHOU #khou11 @JudgeKPGeorge #Election2020 #EarlyVote https://t.co/IcdaOlpBt8

The 2020 Election is also bringing out many first-time voters.

“We’re voting for our future," said Jayllan Barnes, who voted for the first time on Friday. "I wasn't engaged for either candidate in 2016."

He and his wife, Nekiesha, said their main concern is electing someone who will provide a strong, stable and safe future for their 1-year-old son, Emery.

“The only way to get those issues resolved is by activating our right," Jayllan Barnes said.

“As an American citizen, I think it’s my duty," Nekiesha Barnes said.

Fort Bend County also holds another remarkable statistic: it is one of the most diverse counties in the nation.

The percentage of races is nearly balanced. Judge George estimated White people make up about 33 percent of the county's population; 24 percent are Hispanic; 22 percent are Asian; 21 percent are African-American.

“This diversity is only making us more strong," Judge George said.

“It makes me even more proud to be part of the Fort Bend community," Nekiesha Barnes said.