The group is protesting the $7 billion project, saying that it will create a whole new set of problems for the people living in the area. 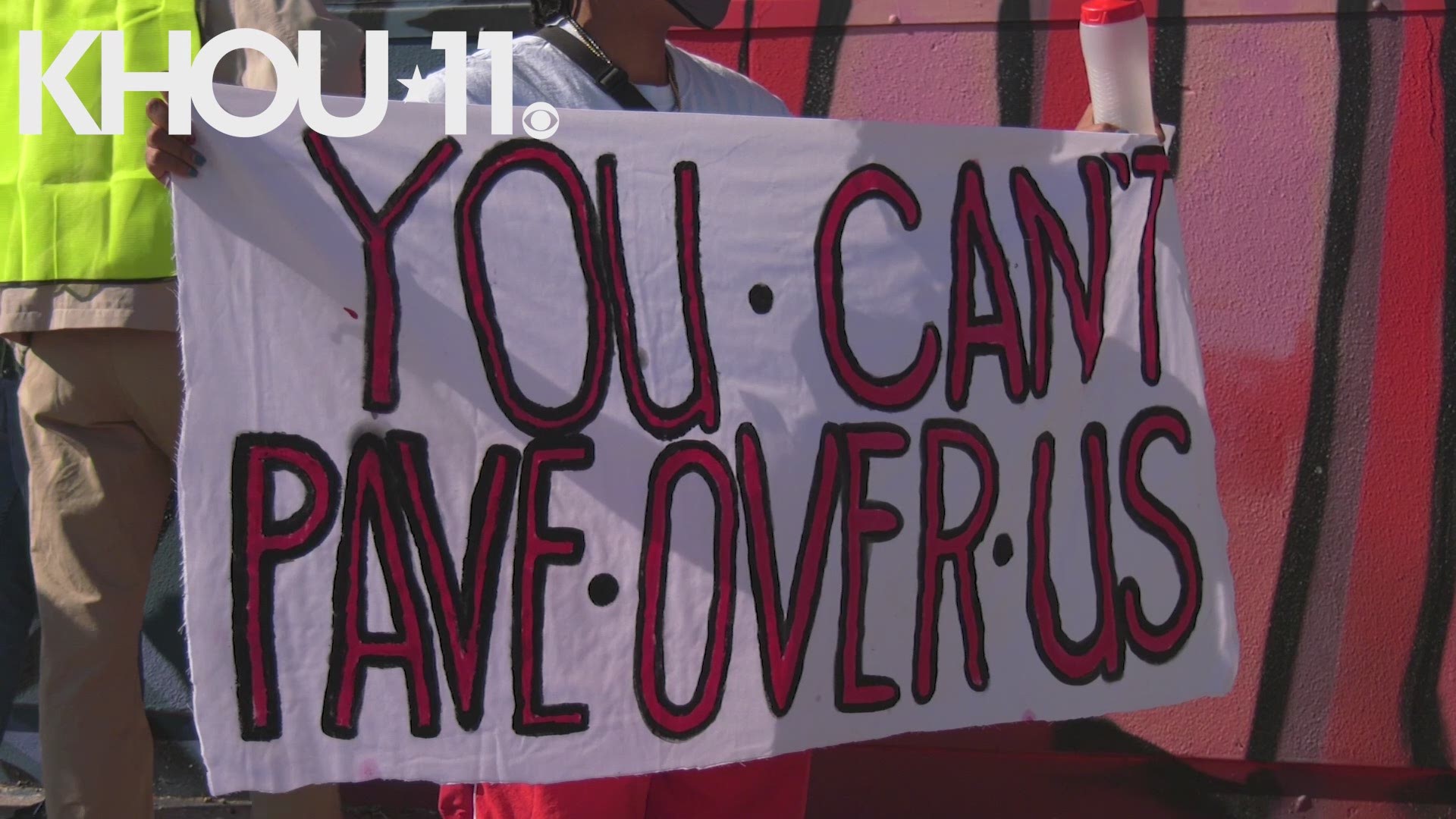 The project is a massive undertaking that would double the size of I-45 between downtown to Beltway 8.

The group walked an area that is set to be taken over by the project.

The $7 billion dollar project which would be completed in phases has been a hot button issue for years. TxDOT said the changes are necessary to keep up with Houston’s growth and to increase both its mobility and safety.

The organizers of Sunday's gathering said the project will create new problems.

The agency says it has kept an open dialogue with the community since the beginning to address concerns.

For now, TxDOT officials said they have no plans of putting the brakes on the expansion.