The Precinct 1 Constable fundraiser was started after an outpouring of support for several families seen on CNN last week. They were all being evicted. 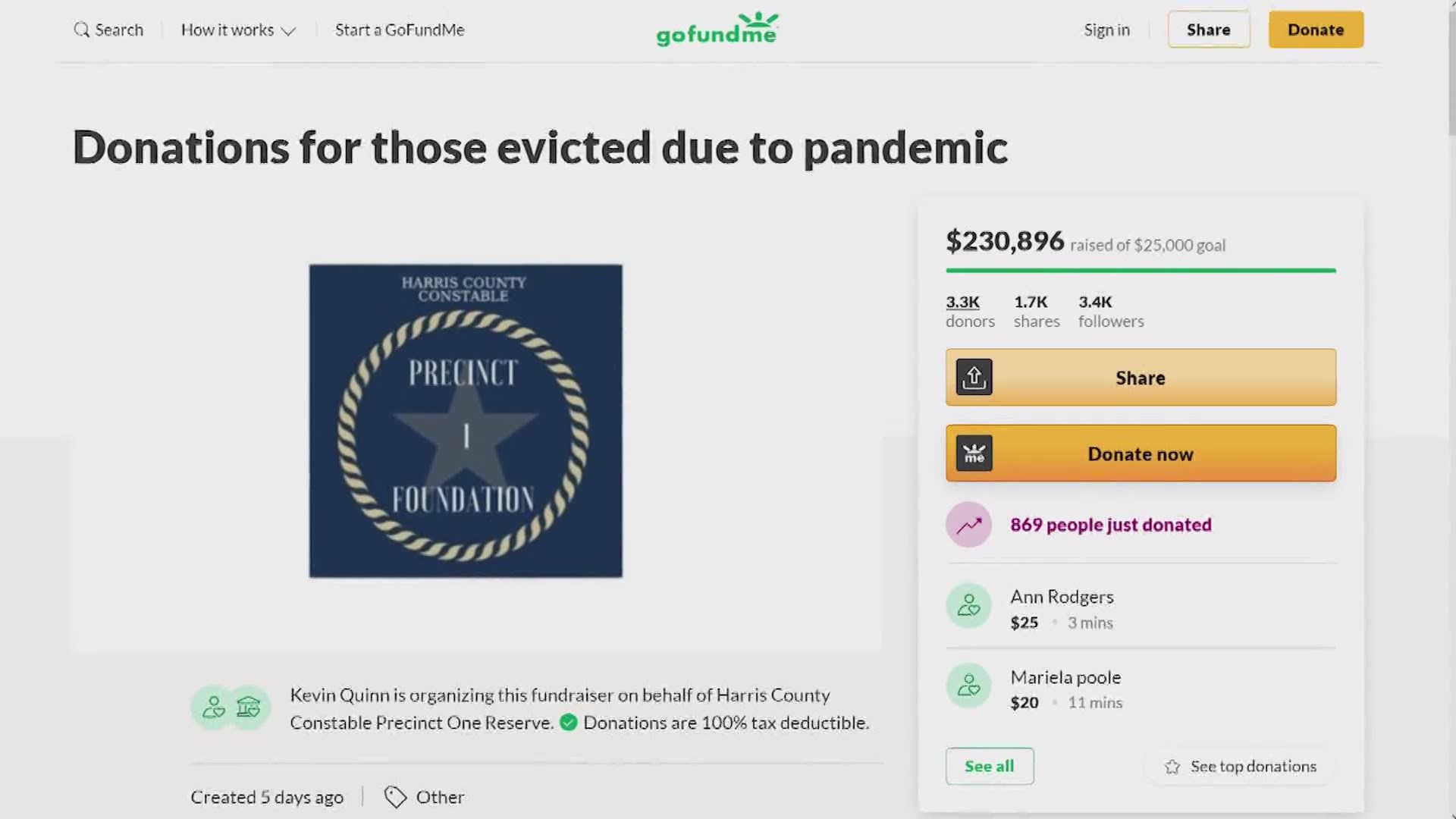 HOUSTON — There are several criteria renters have to meet in order to be protected from eviction by the recent CDC order. But for some who don't meet them, a recent fundraiser proves there are people wanting to help.

As the days pass, donations pour in.

Rosen said he still can’t believe it. A GoFundMe his office created has collected more than nine times its goal in just five days.

“Because we know people are suffering, and after all, we’re human beings as well," Constable Rosen said.

The fundraiser was started after an outpouring of support for several families seen on CNN last week. They were all being evicted with no place to go.

“I'm not the only one struggling but for people to reach out to me, it’s the best thing that can ever happen to me," Israel Rodriguez said Friday.

Rodriguez and his family are currently staying at a hotel but are looking at permanent options. A GoFundMe for them has raised nearly $70,000.

Many people have also reached out to help the elderly woman seen in the story, but Rosen said her son worked out a deal with her landlord for her to stay.

“They did not want any help. They said they’re getting along fine as a family and to go help somebody else," Constable Rosen said.

And that’s exactly what Rosen said this money will do.

While they’re still finalizing the plan, he said those donations will go to nonprofits like BakerRipley, who help with rental assistance and also to organizations that offer legal help.

“To provide legal resources to these people that are either pre-eviction or in the eviction process now," Constable Rosen said.