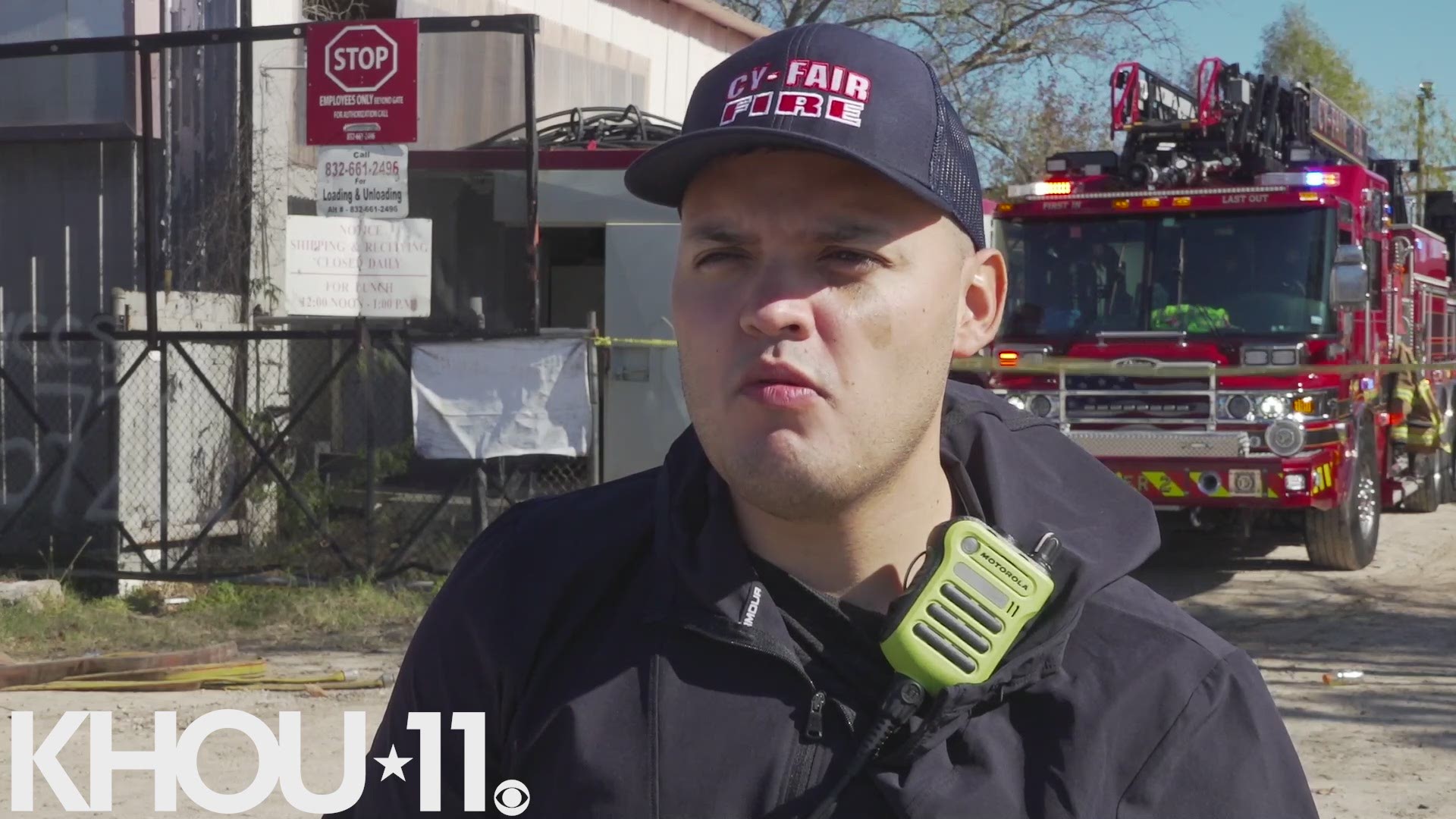 HARRIS COUNTY, Texas — A Cy-Fair firefighter was injured Sunday while trying to put out a fire to a commercial business in northwest Houston.

The Cy-Fair Fire Department said the firefighter suffered burns to his hands and had to be taken to a nearby hospital.

This happened in the 6700 block of Satsuma Road.

Officials said a family of eight lived on the property nearby and have been displaced due to the fire. Red Cross has been notified.

The commercial business stored gas, oil and a few forklifts. A HAZMAT team was called to the scene to check for any other dangerous chemicals.

The cause of the fire is under investigation.

Crews respond to a 1-alarm commercial fire in the 6700 block of Satsuma Rd. Sunday in Houston.

Crews reported heavy fire and smoke upon arrival. No injuries have been reported.@hcfmo Hazmat and the Fire Marshal’s Office is responding.

HCFMO is responding with @cyfairfd to a fire in the 6700 Satsuma Dr. HCFMO HAZMAT, inspectors, and investigators are en route. More information as soon as available. pic.twitter.com/GsCMu1NIBf