Dr. Gokal argued the shots were going to go to waste, so he found people who met the state’s qualifications for the vaccine before the vial’s shelf life expired. 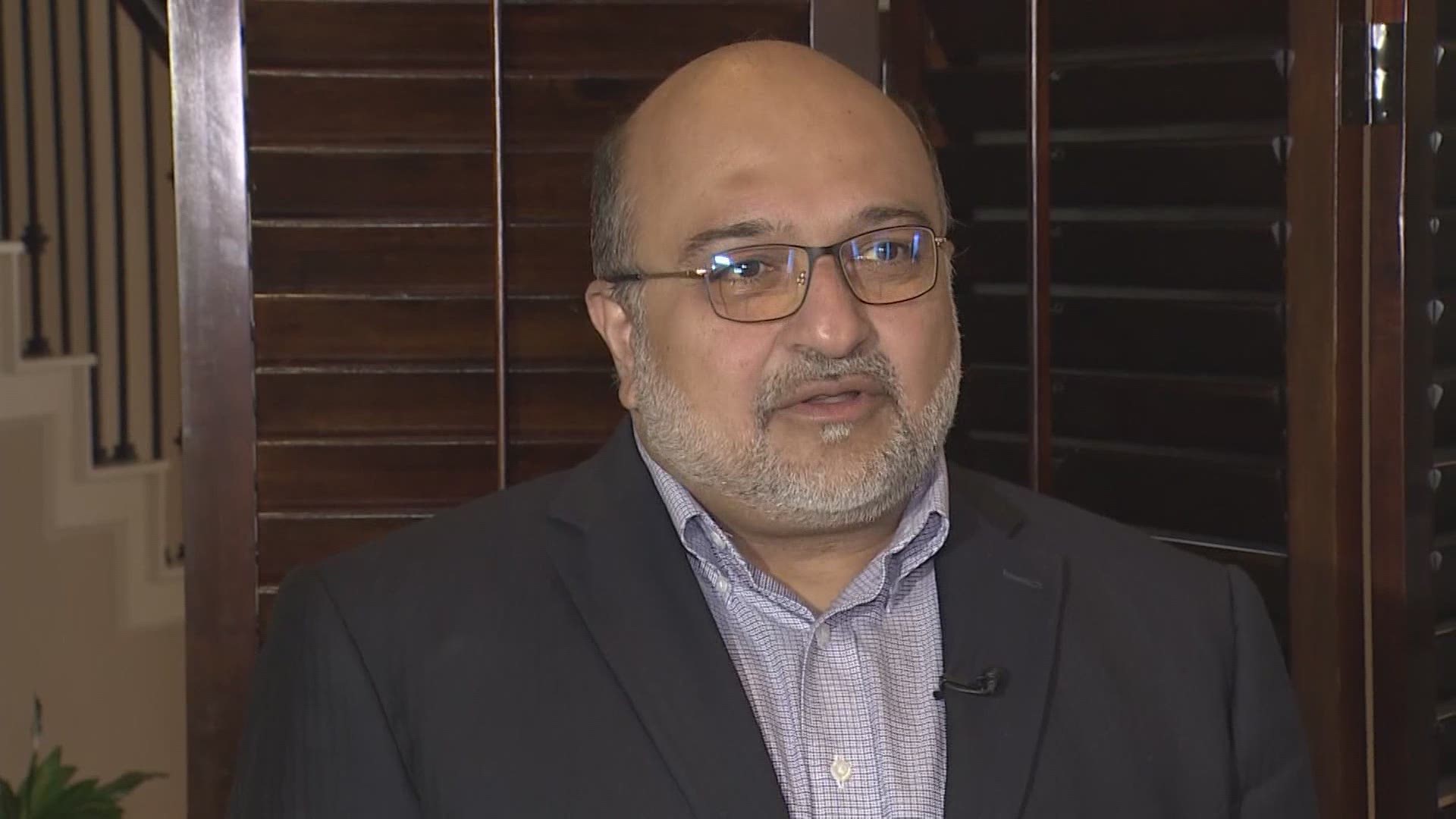 HOUSTON — A Harris County grand jury has decided not to indict a Houston-area doctor on a theft charge for allegedly stealing 10 doses of the COVID-19 vaccine in December 2020 from a Harris County Public Health District distribution site.

EDITOR'S NOTE: The video above is from a March report when the Texas Medical Board cleared Dr. Hasan Gokal of any wrongdoing.

Dr. Gokal was fired and charged with misdemeanor theft.

He was accused of taking the vial off-site and giving it to friends and family, including his wife.

Dr. Gokal argued the shots were going to go to waste, so he found people who met the state’s qualifications for the vaccine before the vial’s shelf life expired.

A judge dismissed the charge, and the Texas Medical Board cleared the doctor of any wrongdoing.

In May, Doyle said it was at the discretion of the Harris County District Attorney’s Office to present the case.

“The DA’s office wants to prosecute him. Let’s go. Let’s indict the case if that’s what you want to do and let’s get it in front of a jury and see what a jury says,” Doyle said. “If not dismiss the case and let him move on with his life because he didn’t do anything wrong.”

“When it comes to thinking about all that’s happened in the past few months it’s just; it affects your daily life,” Zahra Gokal said.

Her tweets were shared and liked thousands of times.

“My heart just swelled because of all the support, the widespread support that we got. I did not expect to become that big,” Zahra Gokal said.

Dr. Hasan Gokal said his life and career were in limbo until the case moved forward. He has been practicing medicine since 2001.

Dr. Gokal worked in Houston since 2009 at different hospitals like Houston Methodist and Memorial Hermann.

Dr. Gokal was the medical director for the COVID-19 vaccine rollout for the county on Dec. 29, 2020 when the county opened its first vaccination site.

When asked during an interview with KHOU 11 News in February if HCPHD had given him any guidance on what to do with leftover vaccines Dr. Gokal said, “On the day that this occurred that; there was no such policy in place at that point.”

“My background is emergency medicine,” he said. “You do what you have to do to save that life no matter what.”

When asked if he regretted his decision on Dec. 29, Dr. Gokal responded, “As far as throwing away the doses versus giving them away to the people who deserved them, I think I wouldn’t be a good physician if I said I regretted doing that.”