Update: Charge dropped against Harris Co. doctor who had been accused of stealing vial of COVID vaccine

We have an update to a story we first brought you last week. 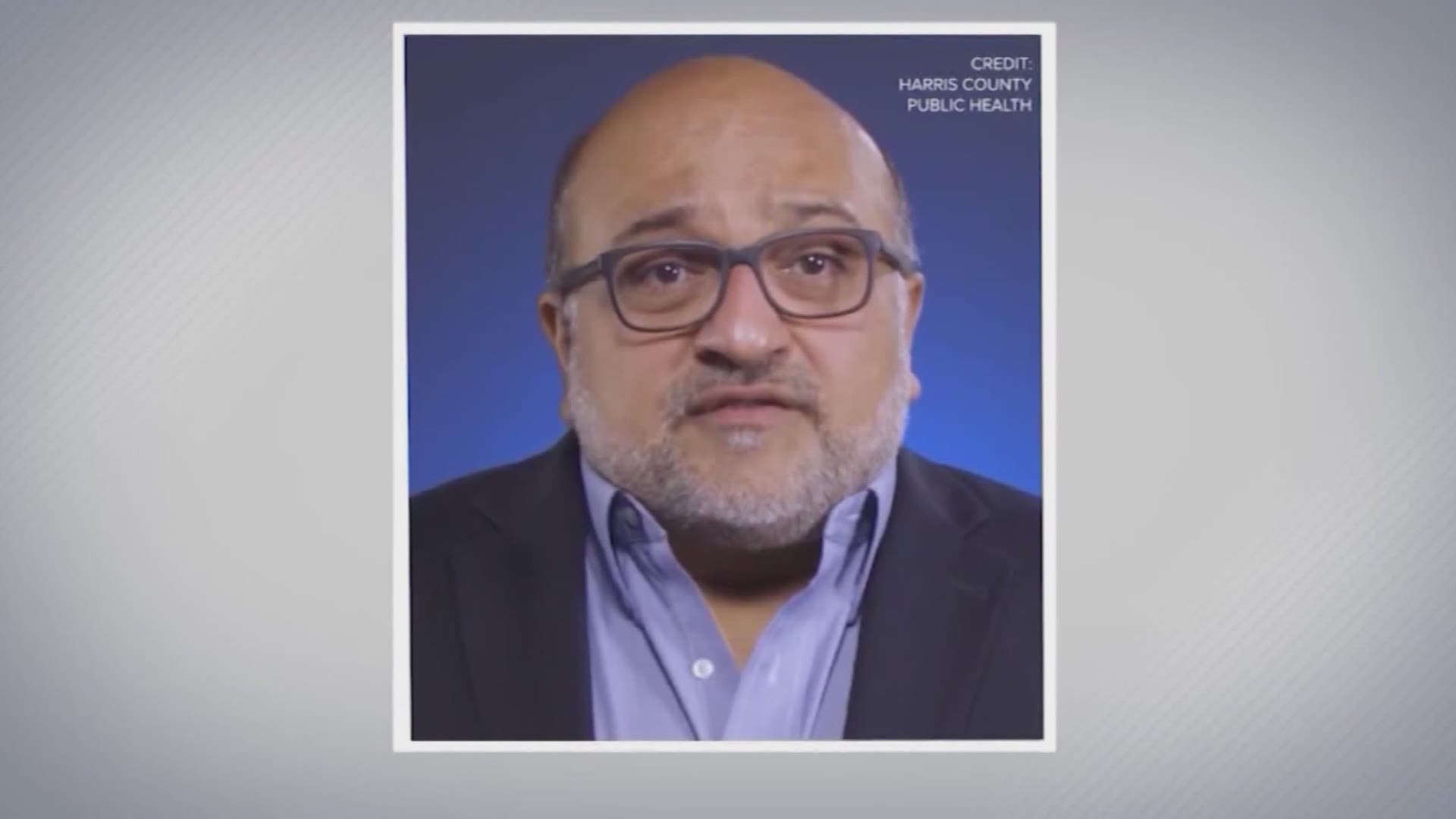 HOUSTON — January 25 update:  A judge has dropped the charge against Dr. Hasan Gokal, a former Harris County Public Health physician, who had been accused of stealing a vial of the Moderna COVID-19 vaccine last month.

The case has generated a lot attention. It was officially a misdemeanor theft charge. The price tag is pretty small -- $135 for 9 doses of COVID vaccine. The implications are much larger.

Dr. Hasan Gokal, a Harris County Public Health doctor, was accused of stealing a vial to help friends and family skip to the front of the vaccine line. This was when he was at a county vaccination site in Humble earlier this month.

He argues this was at the end of the day and the already-opened vial was going to spoil. He couldn't find anyone to use them, so he contacted family and friends who qualified.

The Harris County District Attorney’s office says Gokal drove from Atasocita to Sugar Land to administer a dose to his wife and that violated health department policies, which says expiring unused vaccines should go to a hub site.

We asked the D.A. on Monday about the dropped charge during a press conference on the botched Harding Street raid. She said she was not prepared to discuss Dr. Gokal's case.

“All the evidence will likely be presented to a grand jury and probable cause may be determined by that grand jury,” said Harris Co. District Attorney Kim Ogg. “Judges do not have the exclusive authority.”

Judge Bynum ruled The affidavit does not establish probable cause and orders that the defendant be discharged.

So we'll see if it goes to a grand jury.

Gokal was fired from his job and his lawyer issued the following statement.

"We appreciate today’s outcome and will now transition our efforts toward a wrongful termination suit. As I stated publicly last week, an apology by Harris County Public Health and the Harris County District Attorney’s Office towards Dr. Gokal and his family will not be enough. The agency disparaged this good public servant’s name and took away his employment without cause. More must be done by those responsible to make this right."

The issue of expiring vaccines going to waste has occurred around the country. We did ask Harris County Judge Lina Hidalgo about Dr. Gokal. She, too, declined comment.

BELOW IS ORIGINAL STORY THAT WAS POSTED ON JANUARY 22

A former Harris County Public Health doctor is fighting accusations that he stole a vial of the Moderna COVID-19 vaccine last month.

The Harris County District Attorney's Office has charged Dr. Hasan Gokal with theft by a public servant for allegedly stealing a vial of the vaccine containing 10 doses on Dec. 29, according to District Attorney Kim Ogg.

He was fired from Harris County Public Health on Jan. 8.

Dr. Gokal’s attorney, Attorney Paul Doyle said those doses would have gone to waste six hours after the vial was opened. He added that Gokal found people to administer the vaccines to who qualified through acquaintances. It included Gokal’s wife who received the last dose.

His attorney said Dr. Gokal's wife has a preexisting condition and received the last dose.

The physician has turned himself in and is cooperating.

“He abused his position to place his friends and family in line in front of people who had gone through the lawful process to be there,” Ogg said. “What he did was illegal, and he’ll be held accountable under the law.”

A week later, prosecutors say the doctor told a fellow Harris County Public Health employee about the theft, who then reported him to supervisors.

After an investigation, the doctor was fired and the case was turned over to the DA’s office.

“Gokal disregarded county protocols in place to ensure vaccine is not wasted but administered to vulnerable populations and front-line workers on a waiting list,” Ogg said in a statement.

His attorney said the vaccine would have gone to waste anyway.

“Dr. Gokal is a dedicated public servant who ensured that COVID-19 vaccine dosages that would have otherwise expired went into the arms of people who met the criteria for receiving it," Doyle said in a statement. "Harris County would have preferred Dr. Gokal let the vaccines go to waste and are attempting to disparage this man’s reputation in the process to support this policy. We look forward to our day in court to right this wrong.”

Mishandling vaccine can result in a loss of government funding to the county.

According to the criminal complaint, there’s procedures in place to ensure leftover vaccines aren’t wasted including giving them to at-risk frontline workers and a second list of people waiting for the shot.

Dr. Gokal’s attorney said a wrongful termination lawsuit against the county is pending.

The Class A Misdemeanor carries a penalty of up to a year in jail and a $4,000 fine.