The driver exited the vehicle on her own and was later arrested by Houston police. 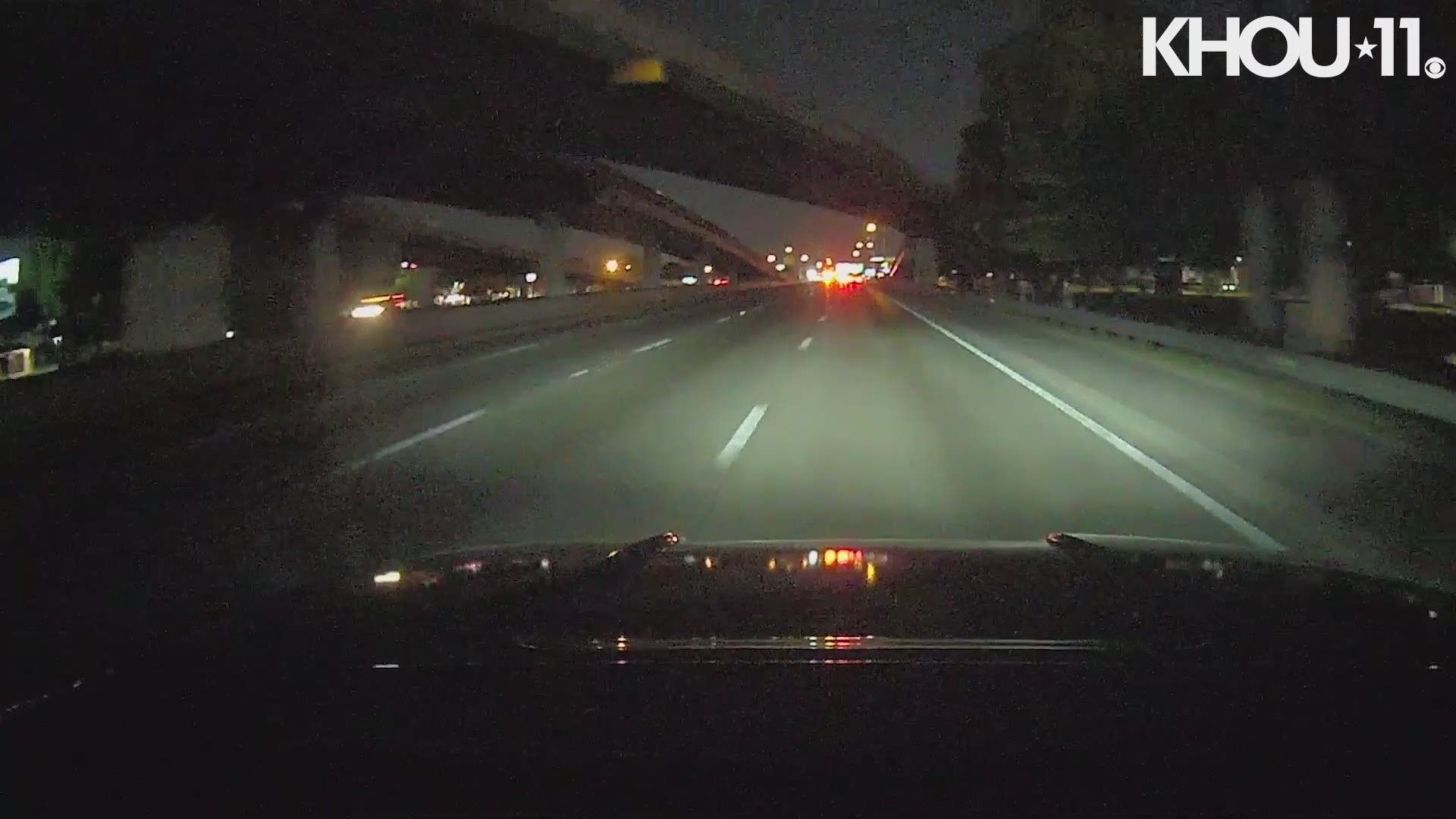 HOUSTON — Dashcam video caught the moment a driver slammed into the back of a Houston Fire Department engine that was parked along the North Freeway.

This crash happened at about 3:20 a.m. Sunday near the Aldine Bender exit.

The driver was seen on camera bypassing at least one HFD engine that was on the freeway before crashing into the back of another one.

Several officers were then seen walking to the driver's vehicle to check to see if the driver was okay.

The driver exited the vehicle on her own and was later arrested by Houston police.

We are working to gather more details from the Houston Police Department on this crash scene.