The Waller County District Attorney's Office is working to reconstruct the scene and asking anyone with video to come forward. 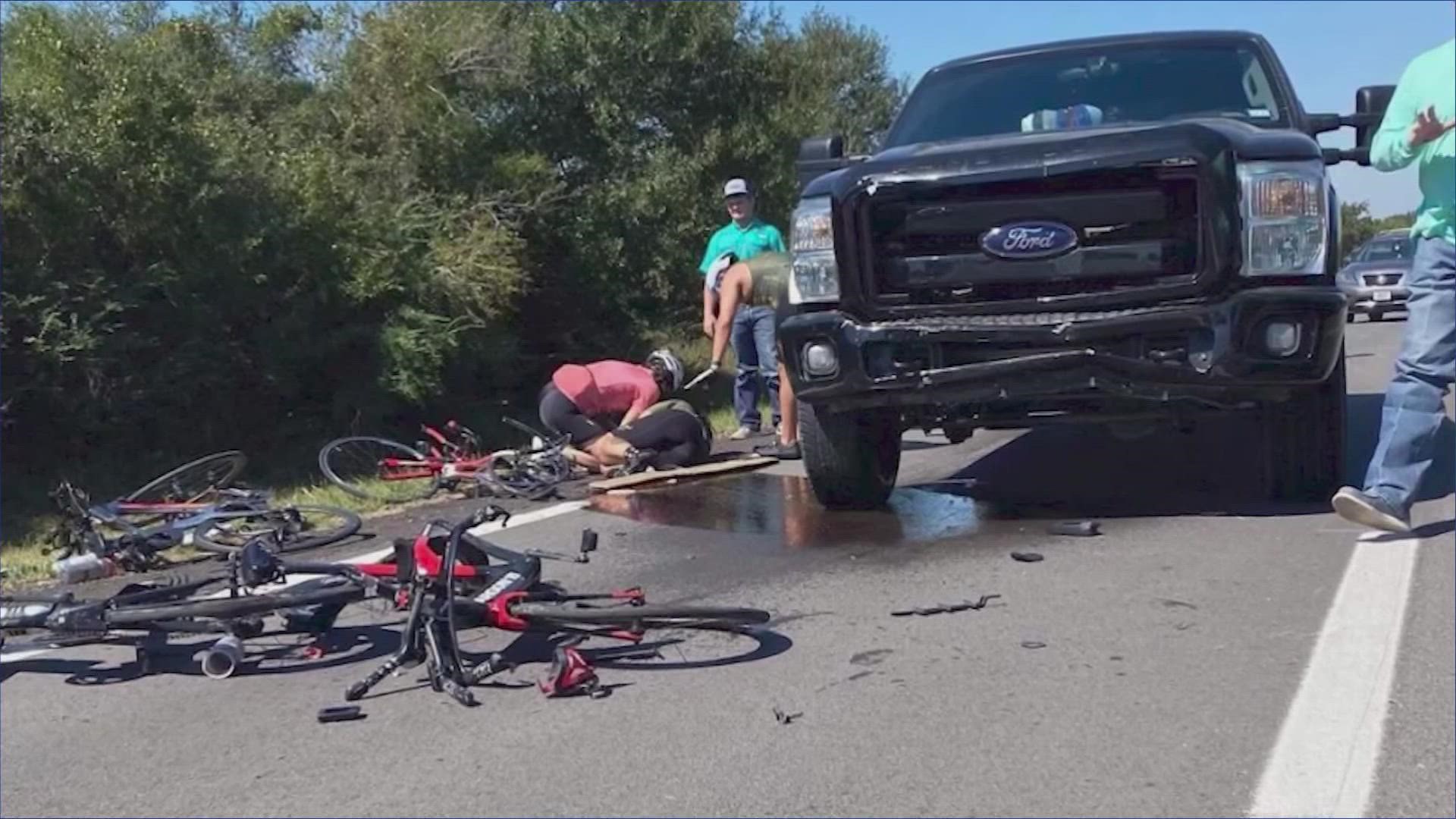 WALLER COUNTY, Texas — The special prosecutor assigned to investigate a cycling crash in Waller County said he’s investigating this as a possible 2nd-degree felony, a step up from simple assault.

“A motor vehicle can be a deadly weapon and if you recklessly cause injury to somebody that’s classified as a 2nd-degree felony," said Warren Diepraam, the special prosecutor who says he's dedicated his career to traffic safety prosecution.

Now, he’s asking anyone who might have pictures and video to come forward.

The crash on Saturday spent six cyclists to the hospital. The injuries ranging from traumatic brain and spinal injuries to broken bones.

“Essentially what we’ve heard is there were two other groups of bicyclists that he aggressively passed, pulled in front of and engaged in the exact same conduct."

The allegation being investigated is that the teen driver was rolling coal, creating a cloud of smoke behind his truck — a dangerous situation for cyclists.

Under investigation, was there was any criminal intent?

In a previous statement, the driver’s attorney Rick Detoto said, "My client stopped immediately, called 911, attempted to render aid and cooperated with police.”

Now, this special prosecutor's focus is bringing a team in to reconstruct the scene to better understand if it was a crime or a horrible accident.

“A lot of people create terror, torment in other people’s lives because they think they are having fun and all it takes is one miscalculation and it could result in death," said Diepraam.

If you are convicted of a second-degree felony you can get anywhere from probation to twenty years in prison. Also on the table, the special prosecutor says it’s possible this teen could be eventually be tried as an adult.