Special prosecutor assigned to case of 6 cyclists who were allegedly hit by teen driver, lawyers say

The case garnered national attention after the teen driver was let go without being charged even though witnesses said he'd been "rolling coal" on the cyclists. 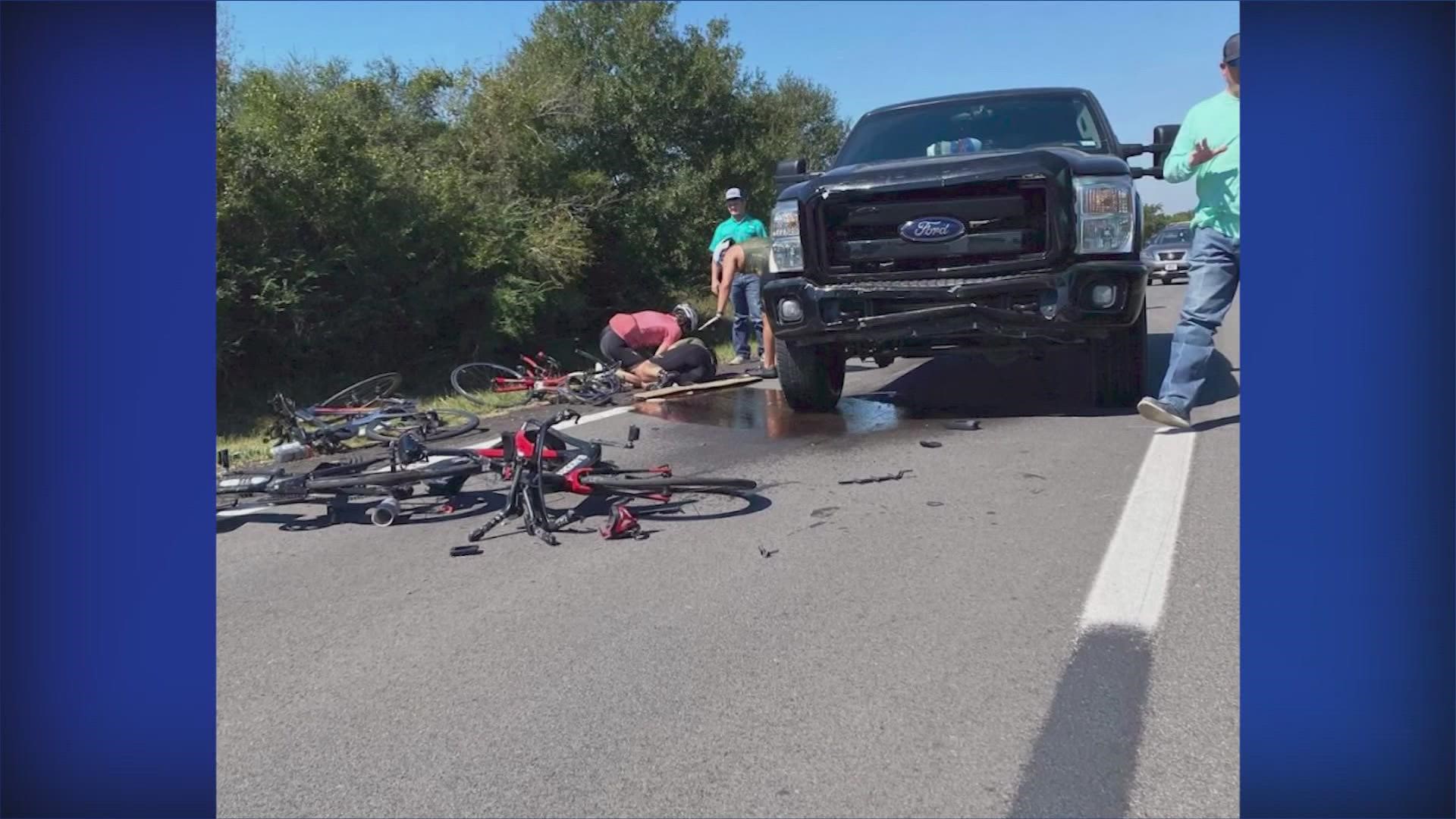 WALLER COUNTY, Texas — The attorneys for the cyclists hit by a truck in Waller County said a special prosecutor has been assigned to the case by the Waller County District Attorney.

The case garnered national attention after the teenage driver who allegedly hit the cyclists on Sept. 25, was let go without being charged or ticketed, even though witnesses said the teen had been “rolling coal” on the cyclists before the crash.

The cyclists were training for Ironman Texas at the time. Their lawyers, Bike Law Texas' Charlie Thomas of Huber Thomas & Marcelle, LLP and Bike Law's founding attorney Peter Wilborn Law, LLC, said the teen had been antagonizing the cyclists leading up to the collision. All six were taken to the hospital; two by helicopter and two by ambulance.

On their website, Bike Law alleges the officer who responded to the scene never questioned the victims at the scene and point to bias because of who the teen’s family is, writing in part, “[the] driver’s family connections in Waller are a legitimate reason for concern.”

Waller police had no additional comment regarding the investigation.

However, the Waller County District Attorney has assigned its own special prosecutor to investigate, according to Bike Law. In a statement on their Facebook page, the DA’s office writes that the driver, “will receive no favorable or unfavorable treatment based upon who his family may or may not be.”

The teen’s lawyer, Rick Detoto, had no new comment on Tuesday. In a previous statement, Detoto said, “My client is a young man in high school with college aspirations. He is a new and inexperienced driver. Immediately after the accident, police did an investigation at the scene. This included speaking with eyewitnesses to the accident. After their investigation, they decided not to charge my client and did not issue him a traffic ticket.”

“My client stopped immediately, called 911, attempted to render aid and cooperated with police. The family prays for a quick recovery for the injured riders.”

Meanwhile, a Gofundme account has been set up by a friend to some of the victims, Khurram Kham, to help the cyclists with their medical bills.

“They are recovering,” Khan shared about his friends. “It’s going to be a long journey to recovery. So, emotionally they are all shaken.”

More than $26,000 has been raised since the crash. Khan said people from around the world have sent messages of support and donated.

“It softens my heart to see there is so much love out there for people as well,” Khan said.