Ambushed & robbed: 2 Houston men said it happened to them on a bike path in EaDo

On Sunday, Shelby Joe said he and his partner were ambushed by a group of guys standing near the bike trail in EaDo. 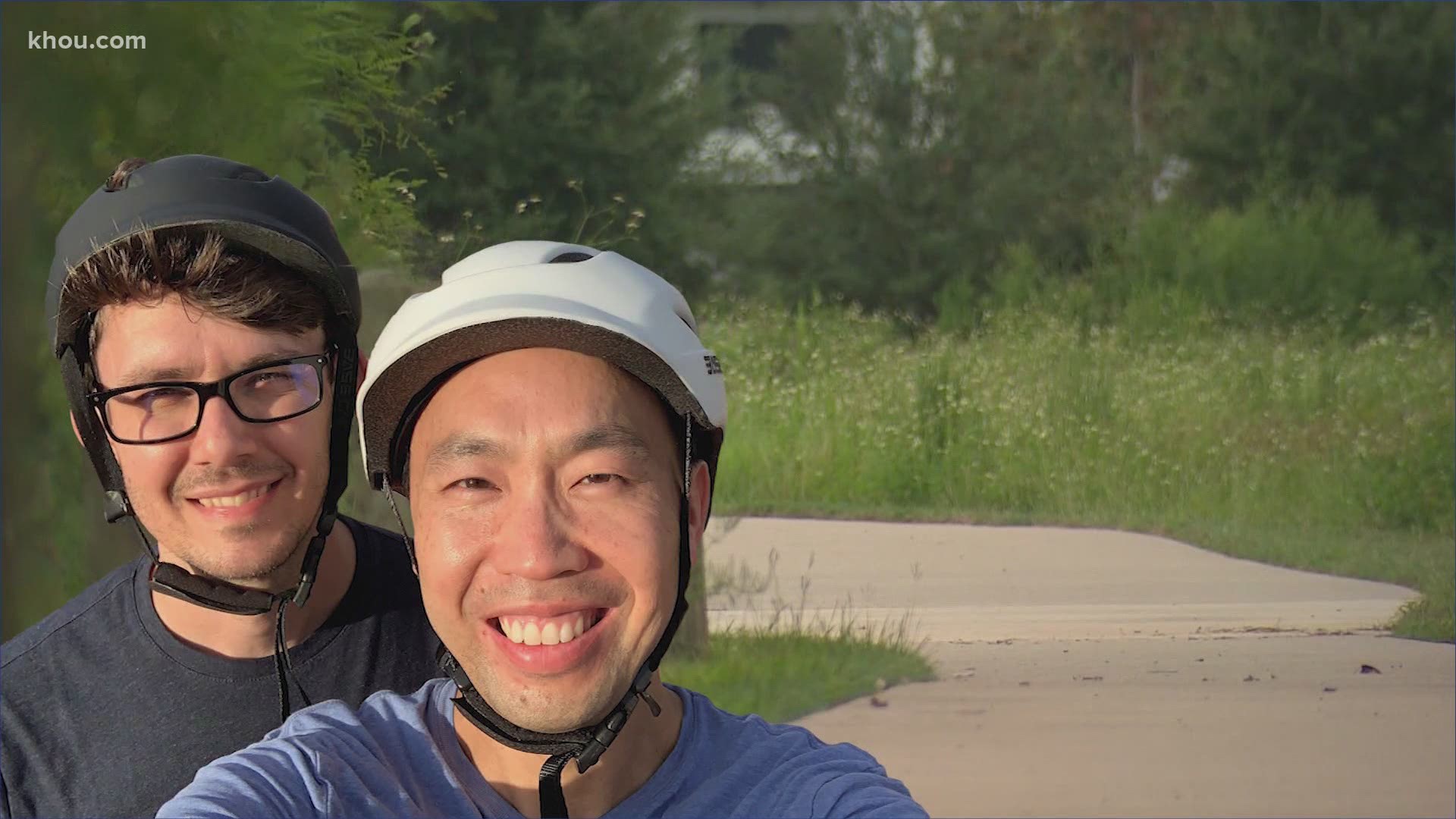 HOUSTON — A Houston man said he was ambushed and robbed along with his partner over the weekend on one of the city’s bike trials. Shelby Joe said the attack happened on Sunday around 10:30 in the morning on the bike trail along Buffalo Bayou near Jensen Drive and Navigation Boulevard.

He suffered minor injuries and now wants to see changes aimed at making the popular trails safer for others. Houston’s bike paths and trails have become a go-to attraction during the pandemic and like so many others, Joe bought a bike to spend more time outdoors.

“In eight weeks we covered about 200 miles because it’s so easy with an electric bike,” Joe said.

However, on Sunday he said he was ambushed by a group of guys standing near the bike trail in EaDo.

“Right as I got up to them, the oldest young man threw a bicycle directly either at me or in front of me such that I crashed,” he said.

Joe said his partner stopped but was immediately attacked. He said in less than a minute the suspects had taken their bikes and belongings.

“I was just shocked to think that this could happen in broad daylight on a well-signed, well-marketed path,” Joe said.

He said he used his watch to call 911 but the dispatcher had trouble finding his location. He said he thinks the city has neglected the safety of people on the trails. He’s now advocating for location markers along the trail, more law enforcement bike patrols and improved mapping.

“If we’re going to have hundreds of miles of off-street bike trails there has to be a better way for emergency responders to locate people,” Joe said.

The Houston Police Department is investigating the robbery.

Joe said he was in the wrong place at the wrong time and just hopes people will be more vigilant.