The Kansos, the cochlear implant’s processors, were inside her mom’s purse when it was stolen at a party on Saturday at Hacienda Bella Terra Events. 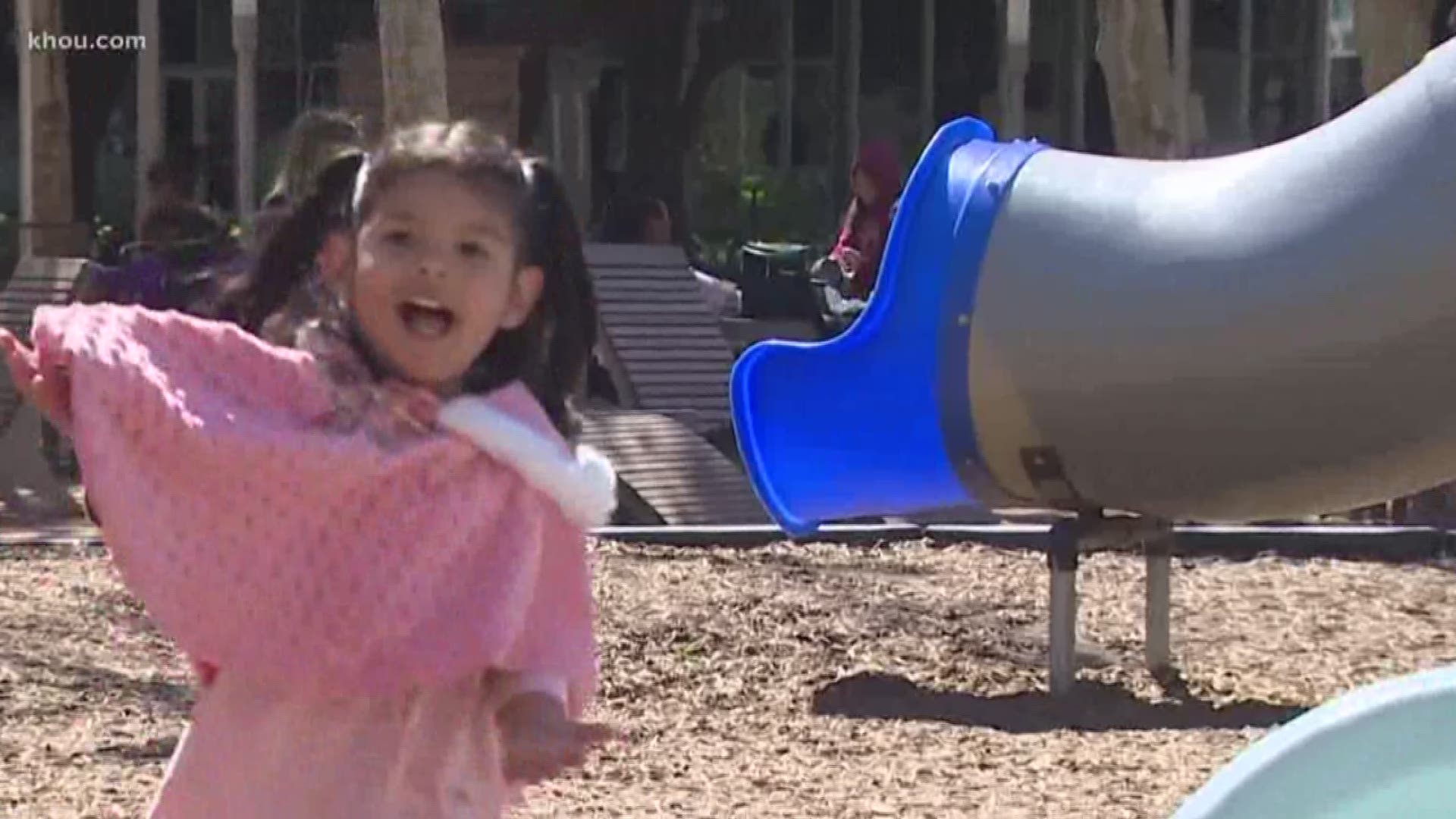 HOUSTON — It’s one of the five senses that many take for granted: the power of hearing.

To most people, the everyday noise of downtown sounds is loud. For many, it just fades into the background.

While 3-year-old Allison appears to just tune it out as she plays, her life is on mute.

Allison’s mom, Vanessa Ramirez, said her daughter is forced to live without being able to hear after a crucial piece of her cochlear implant was stolen.

“She likes to play around with kids, and kids talk to her, and she can’t really understand them if she doesn’t have her Kansos on,” Ramirez said.

The Kansos, the cochlear implant’s processors, were inside her mom’s purse when it was stolen at a party on Saturday at Hacienda Bella Terra Events.

“She fell asleep, and I took them off, and I put them in my purse, and next thing you know, they were gone,” Ramirez said.

Ramirez is pleading to have them returned.

Allison was born with profound hearing loss, and the Kanso processors allows her to hear.

“It’s difficult to know that she’s normal, but a lot of people don’t see her like that just because of her hearing loss," Ramirez said.

Ramirez said the processors could be anywhere, and they’re not easy to replace. Each costs around $15,000.

Allison is left with no explanation as to why she can’t live a regular life.

“The next morning, she woke up and she asked for them. She might not be able to tell them she wants them, but she points at her head and wanted them on," Ramirez said.

Ramirez said the Kansos are programed specifically for Allison and aren’t of any value to anyone else.

“I don’t think she realizes what’s going on, so it’s very difficult to know that she doesn’t know what happened to her things or why she’s not hearing as she should be,” she said.

Until they’re returned, Allison and her mom are left to communicate as best they can.

Anyone with information can call the Harris County Sheriff’s Office or reach out to KHOU 11, and we can put you in contact with Ramirez.