The tree's owner said thieves stole half the oranges Sunday night and the other half Monday morning while she ran errands. 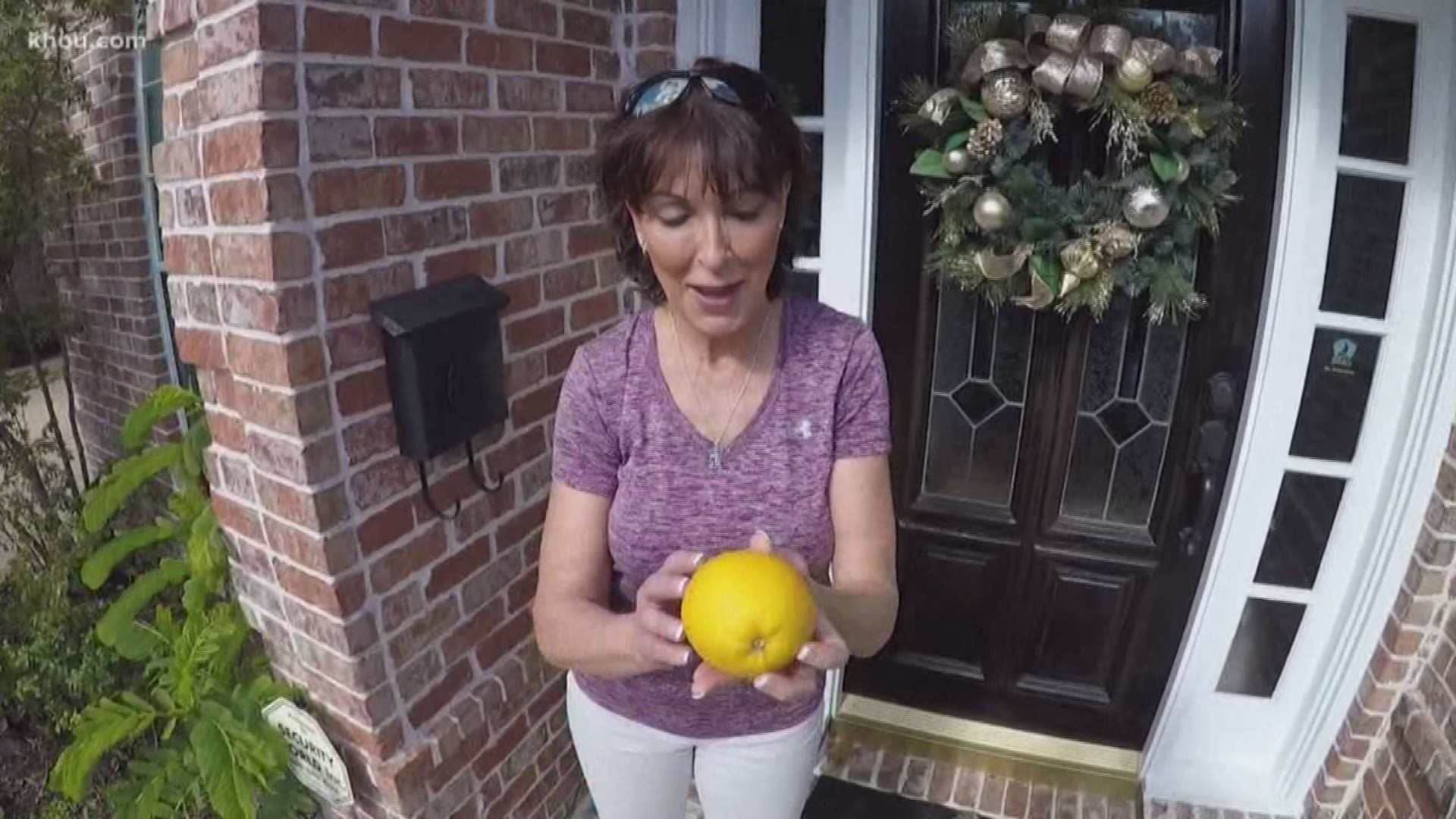 HOUSTON — Porch pirates are common around the holidays, but instead of packages, one Houston homeowner says thieves stole nearly all the oranges from a tree in her front yard.

"This is one of the oranges that the thieves forgot,” said Roxanne Sandt, holding up an orange in front of her Galleria-area home Thursday afternoon. "It was right in the center of the tree. They didn't see it when they stole the others."

It's the lone fruit borne from an orange tree picked bare. Only leaves and faint footprints are left after Standt says thieves stole half the oranges Sunday night and the other half Monday morning while she ran errands.

"To me it's a straight-up theft,” Sandt said. “I mean, this wasn't somebody that was hungry or needed the fruit. They walked into my yard and actually stole something that belongs to me, and that's...you know, you feel really violated when somebody does that."

Sandt said she’s not upset over losing money. Instead, she’s angry someone stole oranges meant for family and friends after a year of hard work growing the fruit.

Those oranges are just one of the types of fruit and vegetables the Harris County Master Gardener grows at home. Sandt said the orange and grapefruit trees are in the front yard because of limited space in the back yard.

Sandt's not sure who took them and points out there are oranges from other trees that had fallen onto public property in the neighborhood.

Now her neighbors, police, and local security are aware.

"I'm going to post no trespassing signs as well,” she said.

Sandt also posted to Nextdoor, warning thieves about the new cameras ready to catch them if they try again.

A Houston police spokesman told KHOU 11 Thursday it's tough to know how often fruit is stolen from private property, as those cases are classified as “misdemeanor theft," and many cases likely go unreported.

The HPD spokesman said without surveillance video, these cases are nearly impossible to prosecute.