13-year-old reunites with NICU nurse who cared for him

The teen and his family also made a donation to the March of Dimes and gave the nurses desserts and thank you notes from Fort Bend County elementary school students. 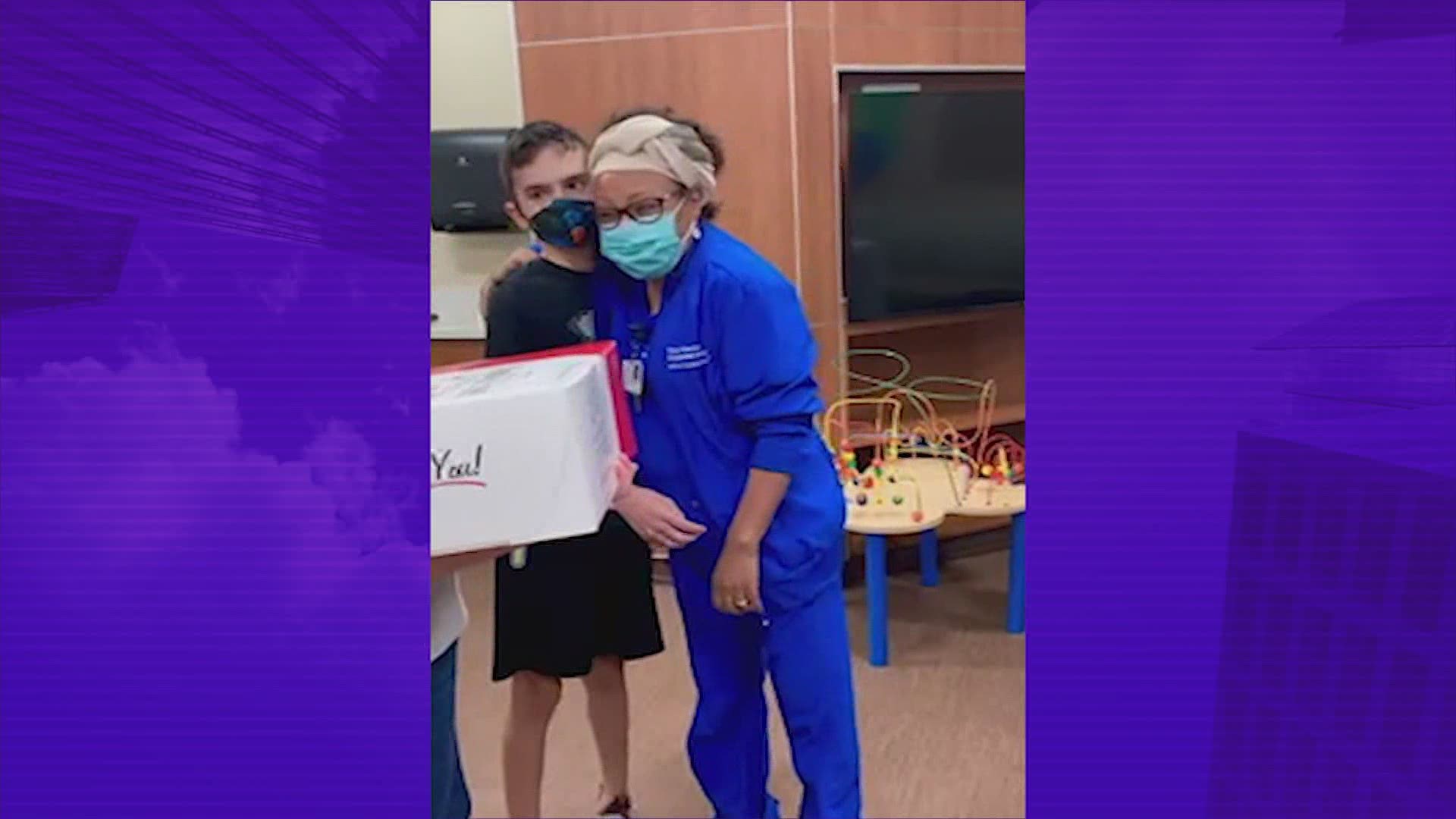 HOUSTON — A 13-year-old boy who spent three months in the NICU after he was born was reunited with the nurse who cared for him during a visit to the hospital on his birthday.

Toby Garza was born on July 2, 2008, at The Woman’s Hospital of Texas. He was admitted to the Level IV NICU after being born at 27 weeks and weighing 1.10 pounds. Toby spent 11 weeks in the NICU before he went home.

Toby returned to the NICU with his family on July 2, 2021 – his first day as a teenager – to thank the NICU nurses who helped care for this preemie.

Toby’s mom, Rachel, said she thought she might lose Toby after undergoing an emergency C-section.

“I went into the OR thinking that was it; I was going to lose my baby,” she said. “I never thought we’d have 13 hours with him, let alone 13 years.”

During his visit, Toby was reunited with nurse Micki Mulat who cared for him during his 11-week stay in the NICU.

“When I saw Rachel, all the memories came back to me and I got very emotional,” Mulat said. “As NICU nurses, this is what we do. We want to see our patients do well when they discharge. We don’t always get to see them grown up, and it was really nice to be able to get to see Toby grown up and doing so well after all these years.”

Toby’s family said the hospital’s March of Dimes NICU Family Support Program was a big part of his NICU stay. During their recent visit, the family made a donation from their nonprofit, Care for Caregivers, to the March of Dimes. They also gave the nurses desserts and thank you notes from Fort Bend County elementary school students.