“We want to kind of show the employees that we’re there. We’re not trying to rush them to get back to work," co-owner Ali Nassar said. 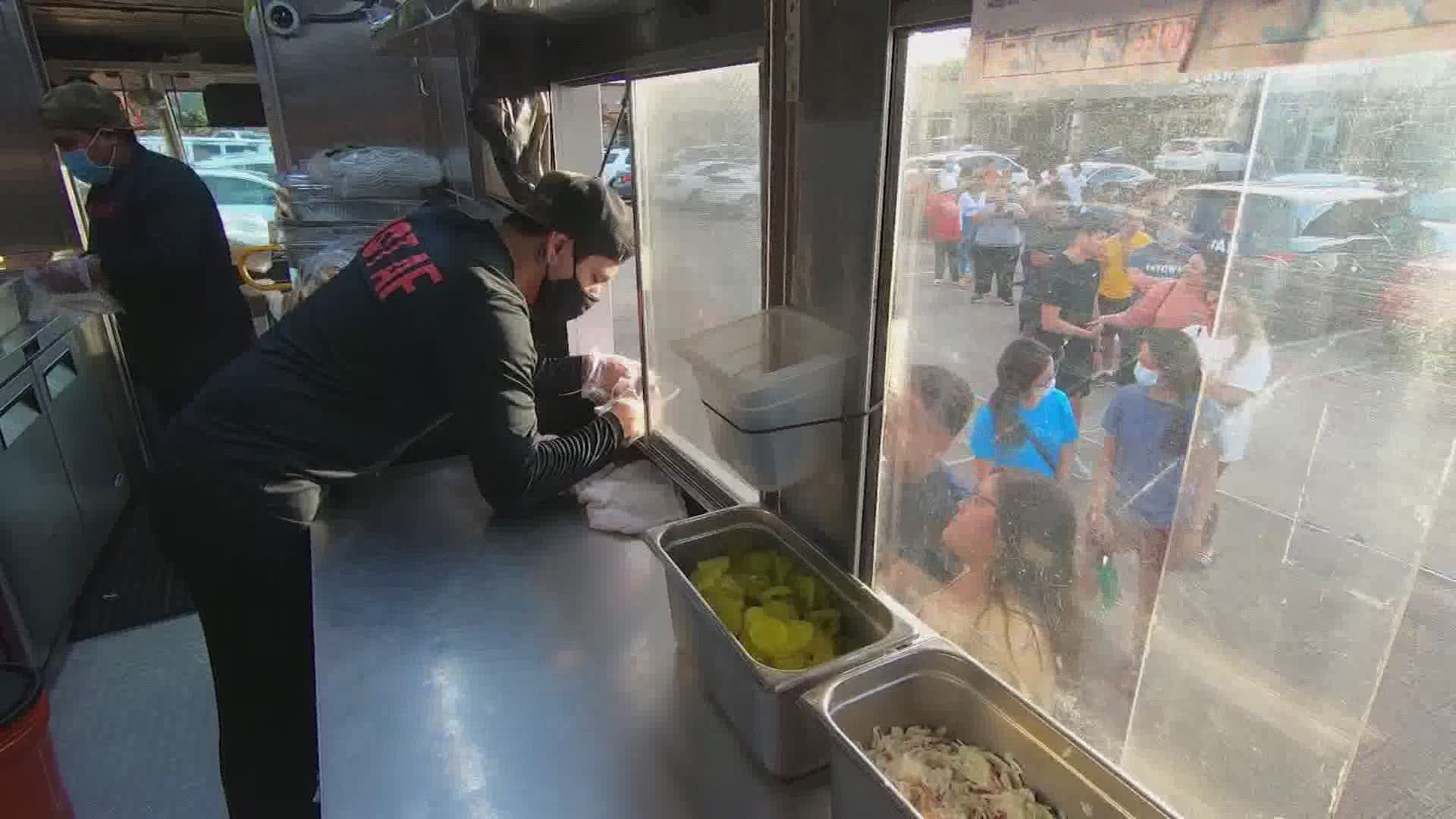 HOUSTON — Hundreds of people are waiting in line for the past two nights for a chicken sandwich that’s doing more than tasting good. It’s giving back.

The line was there even before they opened.

It’s a chicken sandwich and a helping hand served up in a single dose.

For the second night in a row, dozens of people are waiting in line to get a taste of Main Chick’s chicken sandwiches. Not just because it’s so popular, but they know, there’s a bigger purpose.

“We want to kind of show the employees that we’re there. We’re not trying to rush them to get back to work," co-owner Ali Nassar said.

All of the profits earned from Tuesday and Wednesday night’s business will go to the three employees injured in an accident Friday.

“They’re out of the hospital now, just recovering," Nassar said.

Surveillance video shows the moment it happened when a pickup truck ran a red light and crashed into the Main Chick Hot Chicken food truck in Spring, injuring three employees inside. Two of them suffered severe burns from the hot oil.

“It’s not just the physical injuries on them, it’s the mental and emotional stress that they’re going through as well," Nassar said.

Not even open yet, and @MainChickHTX already has a line through the parking lot! 🐔🥪 All profits from tonight’s two food trucks are going to the employees injured in Friday’s accident. @KHOU pic.twitter.com/m7FqtPIaiL

The owners were forced to close both of their food trucks for three days while making those repairs, but they say when they opened back up, they wanted to do it for their employees.

“There's more on our side, other than just posting the GoFundMe and having people donate, which we’re grateful for. But we felt like there was more we have to do on our end," Nassar said.

And they’re not the only ones. Customers have donated thousands to a GoFundMe and some, like Marqui Guillory, are driving 20 minutes to wait in line for a sandwich that’s delicious but also does some good.

“I'm just glad that there was a way for me to support, because sometimes people just don’t have the funds to pay for all their medical bills, especially when it’s something as unexpected as an accident like that," Guillory said.