From 2015 to 2020, the Texas Attorney General’s office received 197 election fraud complaints across the state. 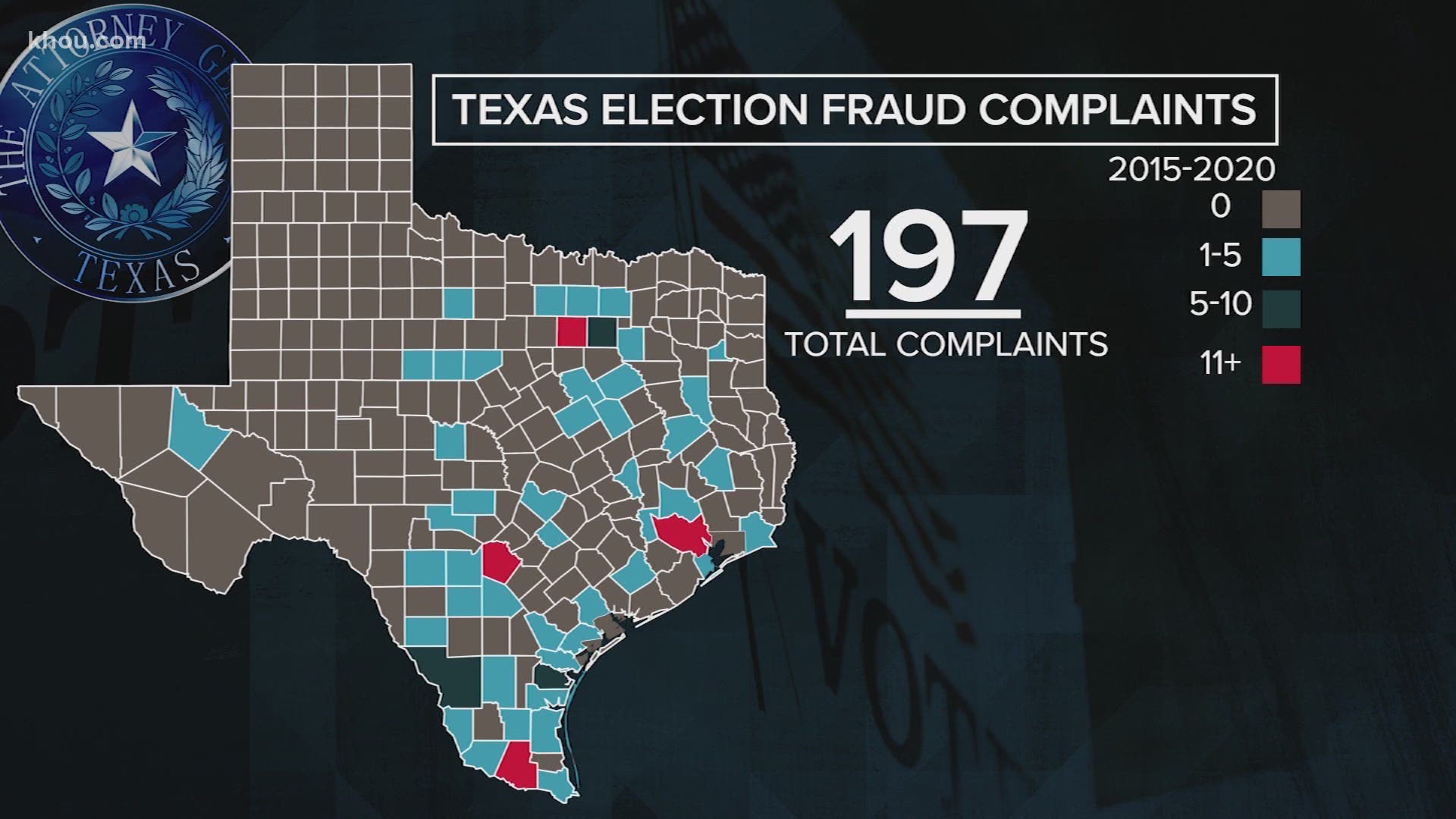 While accusations of voting fraud and rigged elections continue to swirl on the national stage, Texas has received relatively few complaints of election improprieties in recent years.

From 2015 to 2020, the Texas Attorney General’s office received 197 election fraud complaints across the state, according to records obtained by KHOU 11 Investigates under the Texas Public Information Act. The complaints range from voter registration fraud, unlawful assistance, bribery and mail ballot fraud.

“2020, by all accounts, was probably the most secure election in this century,” Stein said.

“The justifications for making it harder to vote using voter fraud as the linchpin are misleading and inaccurate and are not supported by the data,” Rottinghaus said. “It's as likely that a person would get struck by lightning or win an Academy Award as that you would find an investigation and a conviction for voter fraud.”

Records show the Texas Attorney General’s office has prosecuted 55 people for election fraud from 2015 to 2020. It reports other 37 cases pending.

The most common crimes, according to the date, are making false statements on voter applications and vote harvesting, where an outside party manipulates mail ballots.

Rottinghaus said the vast majority of criminal cases are “small potatoes” that did not involve major conspiracies or a large number of illegal votes that would swing an election.

“I think that what it does is give Texans confidence that voter fraud is extremely rare,” he said. “But when it is found, there are prosecutions and that's exactly what we should expect.”

The data does not include offenses reported to local law enforcement according to a disclaimer provided by the Texas Attorney General’s Office. In Harris County, however, prosecutions are rare. Data from the Harris County District Clerk’s Office revealed only two illegal voting cases filed over the past five years.