Sandra Melgar has long maintained her innocence for the 2012 stabbing death of her husband, Jaime “Jim” Melgar. 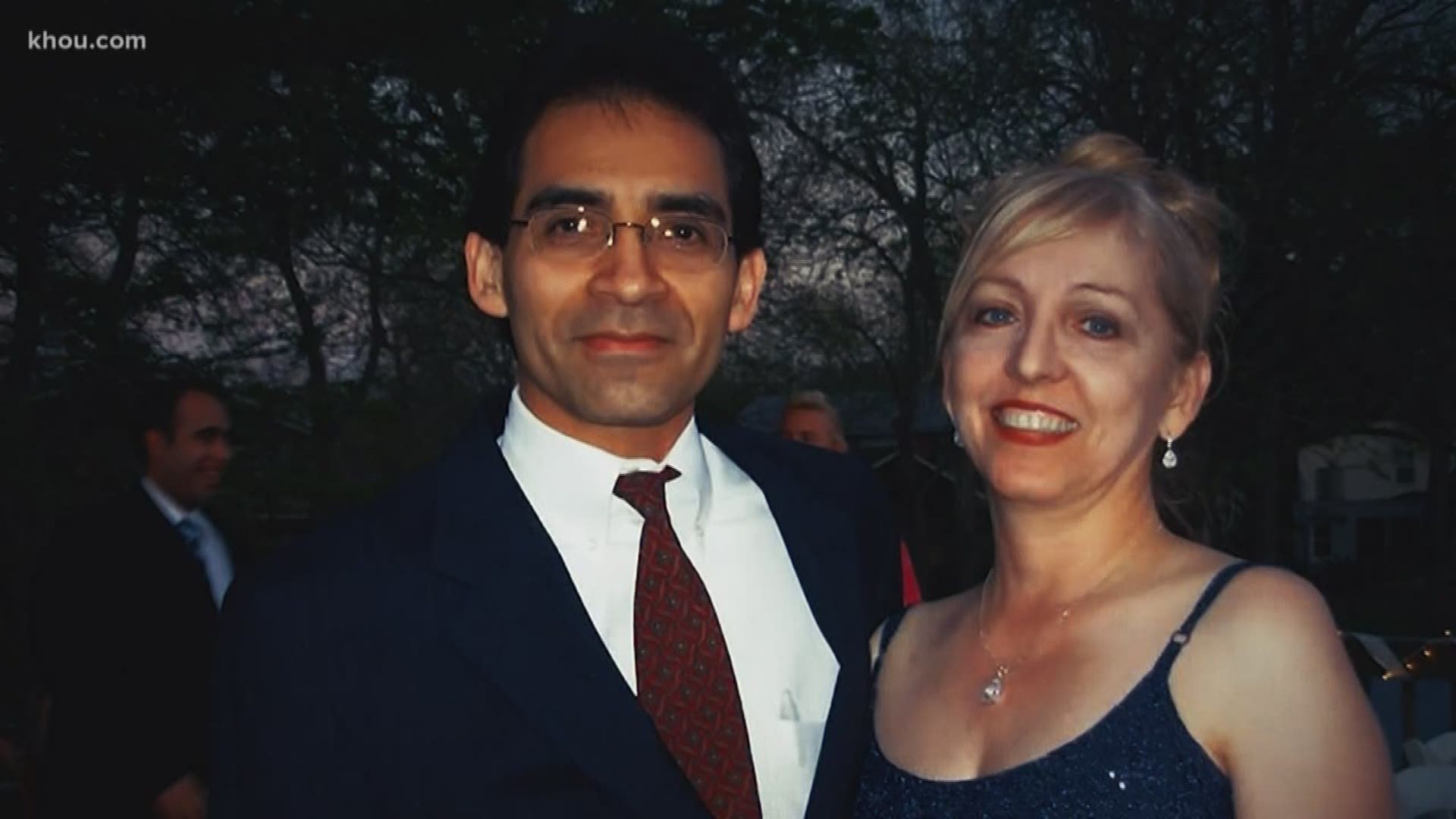 HOUSTON — The appeals case for a woman convicted of killing her husband the night they celebrated their 32nd wedding anniversary is moving forward.

Both the Harris County District Attorney’s Office and defense attorneys for Sandra Melgar have filed briefs with the Fourteenth Court of Appeals detailing Sandra's guilt or innocence.

Sandra was convicted of murdering her husband, Jaime “Jim” Melgar, in December 2012. After they returned home from dinner that night, prosecutors said Sandra seduced Jim and stabbed him 31 times in their bedroom closet.

Sandra was found tied up and locked in her bathroom closet the next day by family members who had come over for dinner. She told police she had no memory of what happened the night before.

A jury sentenced her to 27 years in prison in August 2017, nearly five years after Jim’s death. Sandra has maintained her innocence since Jim’s murder and is appealing her conviction.

KHOU documented Sandra’s case in Season 2 of its “Missing Pieces” podcast last November. (Listen and subscribe for free to “Missing Pieces” on Apple Podcasts, Google Play, Podbean or wherever you get your podcasts.)

Now, almost two years after her conviction, those briefs have been filed with the Fourteenth Court of Appeals, which is overseeing Sandra’s case.

Her appeal will go before a panel of three judges sometime this fall. Those judges can side with the jury’s verdict or overturn Sandra’s conviction.

The appeals court doesn’t look at new evidence and only considers evidence that was presented in the original trial.

Sandra’s attorney, Mac Secrest, wrote in a 222-page brief that Sandra was convicted on insufficient evidence and the jury of eight men and four women engaged in misconduct during deliberations. 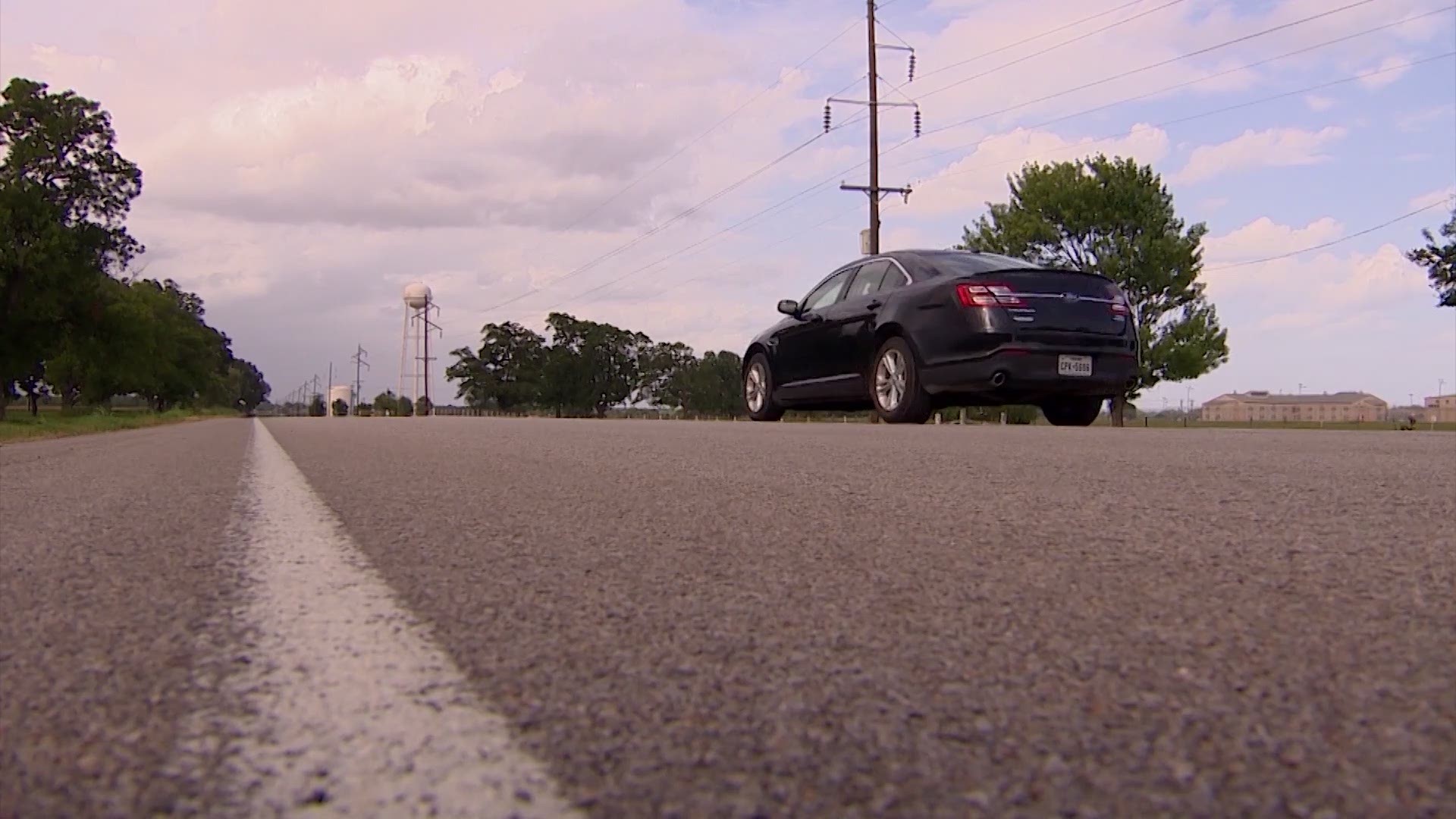 Secrest wrote that Sandra was convicted on circumstantial evidence and there was no physical evidence linking her to the crime. None of Jim’s blood was found on Sandra or her clothes, Secrest wrote, none of her DNA was found under Jim’s fingernails (nor any of his DNA under her nails), and Sandra didn’t have any bruises or scratches.

"There was no evidence of blood transfer associated with removing bloody clothing or gloves. Chemical processing established there was no attempt by Sandy to clean the sinks, shower or Jacuzzi," Secrest wrote.

Instead, Secrest argued Jim was killed in a home invasion and those robbers left Sandra tied up and locked in her bathroom closet. Sandra, who suffers from a history of seizures, told police she believes she was hit in the head, had a seizure and was tied up and left in her closet.

But in the state’s brief, Harris County prosecutor Clint Morgan wrote there’s no evidence that anyone else was in their home the night Jim died. Secrest disputes that claim, pointing to "third-party DNA" that was found on an earring that didn't match anyone in the Melgar family.

Morgan wrote that “multiple witnesses described the scene as looking atypical for a burglary scene” and that “ultimately there was no hard evidence of anything being stolen from the home.”

“Given the valuable, easy-to-sell items left around in plain view, the jury was free to infer from the physical evidence and opinion testimony that no burglary occurred and the scene was staged,” Morgan wrote in the state’s brief.

As for the circumstantial evidence, Morgan wrote it’s more than enough to support Sandra’s conviction.

“(Sandra) treats the core of her story as true and argues that the State failed to fit a theory of guilt within her narrative,” Morgan wrote. “But nothing requires the jury or this Court to accept (Sandra’s) version of events.”

Secrest has requested oral arguments to present Sandra’s appeal in person before the judges, citing the trial “record’s length and complexity” would help address the issues raised in the appeal. Those judges have yet to rule if they’ll allow such an argument.

Oral arguments were only granted in about 2 percent of cases in the court's past fiscal year, according to a spokesman for the Fourteenth Court of Appeals.

In the six years since Jim’s death, both Sandra and Jim’s family have maintained her innocence. Sandra and Jim’s daughter, Elizabeth “Lizz” Melgar Rose, is offering a $20,000 reward for information leading to the arrest of her father’s killer.

When asked who did kill her husband, Sandra said she didn’t know.

MORE ABOUT THIS CASE