How often does your child’s school lose heat and A/C? 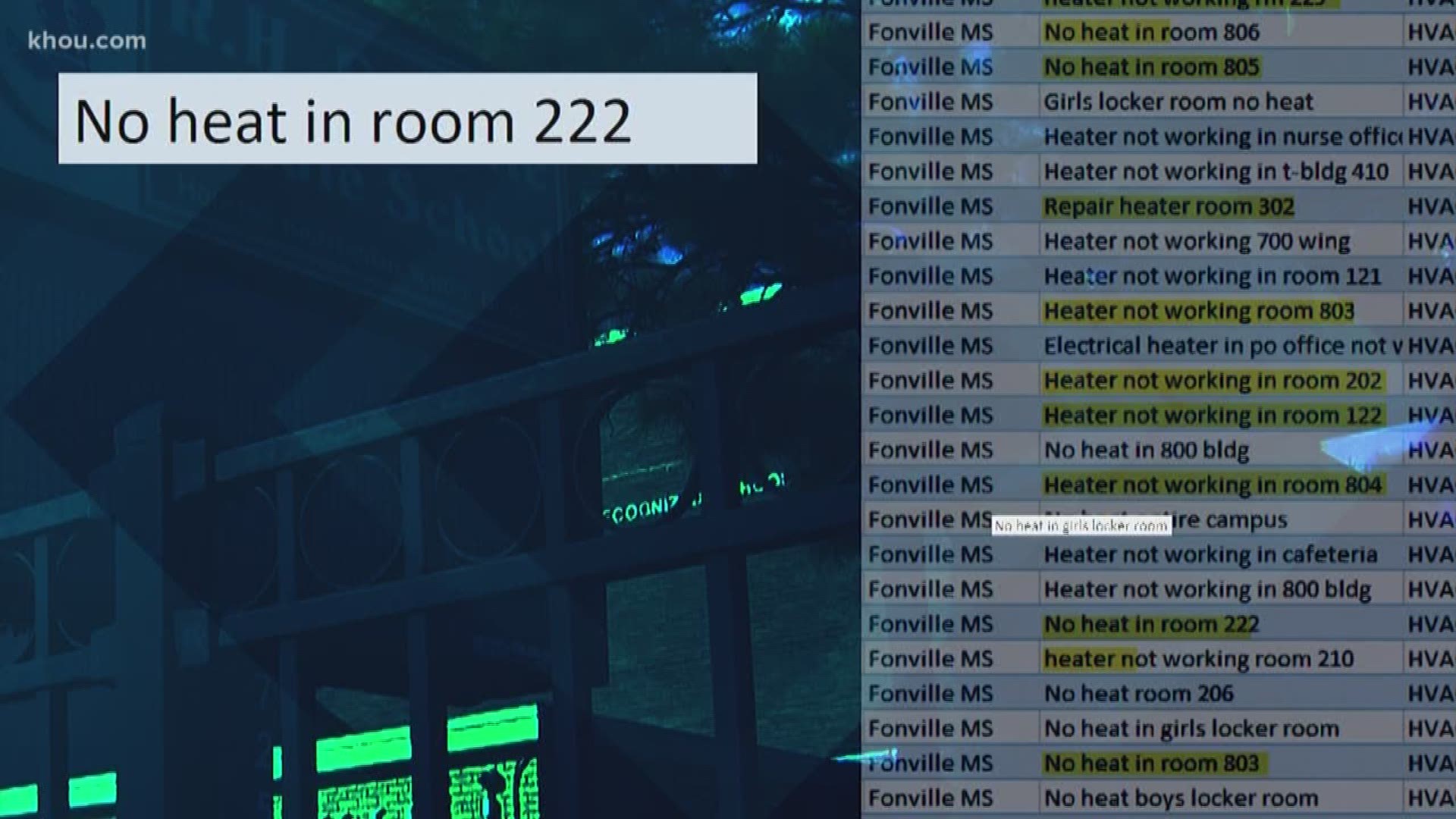 An analysis of work orders from September 2017 to October 2019 revealed more than 14,000 broken HVAC complaints at campuses across the state’s largest school district.

See map of HVAC outages across HISD schools below:

“My daughter has told me plenty of times,” parent Jessica Roman said about the outages. “We’re thinking about changing her school.”

Another parent, Jessica Garcia, was one of dozens of Fonville parents patiently waiting to pick up their children on a recent afternoon.

She was especially concerned about her son being sick more than usual this year.

Across town at Bonham Elementary, the school’s marquee sign boasts of “a great place to learn.” But it’s hard to learn when it’s hot outside and the air conditioning doesn’t work.

Records show it’s a persistent problem in parts of the building -- 241 work orders over the past two years.

Parents like Amalia Perez said they expect more from their tax dollars.

“Where’s the money going if they’re not fixing the problem?” Perez said.

At Sharpstown International School, $6.1 million of taxpayer money went towards hallway and classroom renovations as well as security upgrades. But after that facelift, staff made 210 work orders for air conditioning breakdowns.

Records show some of those repairs took more than 100 -- and sometimes even 200 -- days to complete.

Records show most schools either have a majority of complaints for one issue, but one school stands out for both air conditioning and heating complaints.

“This is the first and last year that my son is going to be here,” she said. “I can’t stand this school. It’s horrible."

HISD declined an on-camera interview request and a district spokesperson also declined to provide any written statement to address the problems.