‘If I would have stayed, I would be dead’: Rekindle fires pose real dangers to property owners

The dreaded ‘R’ word, as it’s known in the fire community, is costing millions of dollars in damages. 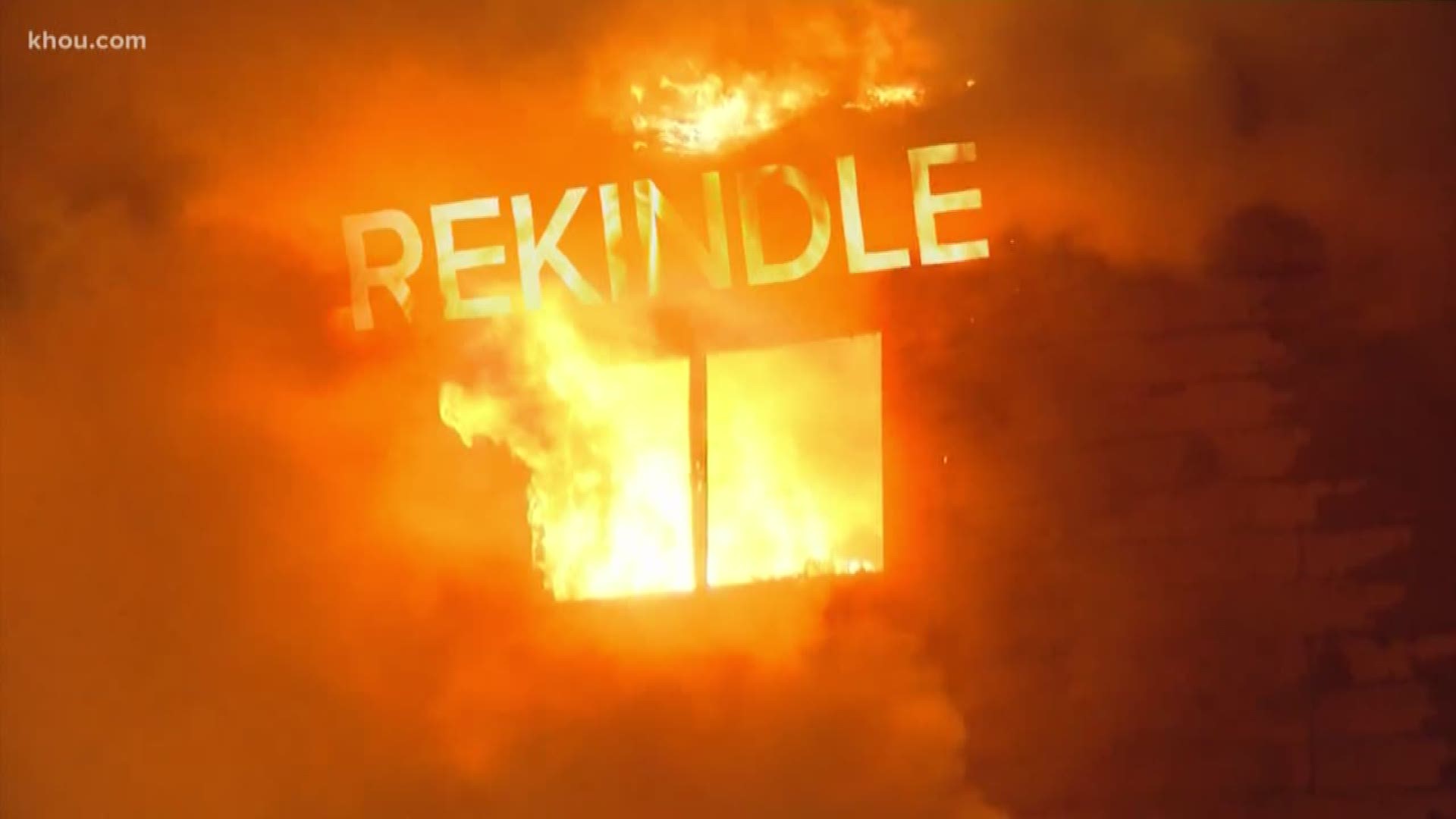 HOUSTON — It is a dirty word in the fire service—the dreaded “R” word—that most firefighters don’t like to talk about, and most homeowners don’t know about. Until it happens to them.

It’s known as a rekindle, a term homeowner Amy Buck had never heard of until a massive fire burned down her home.

Last November, the Cy-Fair Volunteer Fire Department came to the Buck family home in the 17500 block of Cypress Hollow Street after a small fire ignited in the fireplace. Firefighters doused the chimney and surrounding areas with water, cut holes in the ceiling and removed some of the roof decking.

Chief Amy Ramon said there was “no evidence of any fire or abnormal heat source present” when the department left the house.

“They gave me an all clear,” Buck said.

A fire captain even told Buck it was safe to go back in and spend the night. Instead, she chose to take her son and their two dogs to a neighbor’s home.

It turned out to be a life-saving decision.

The fire that was supposedly put out hours earlier ignited again into a raging blaze. Cy-Fair firefighters returned to the home and had to call in four other departments to help battle the flames.

Credit: Provided
Amy Buck lost her home after a rekindle fire ignited and engulfed the house in flames. Hours earlier, firefighters had put out a small fire in her fireplace.

After more than nine hours on scene, there was nothing left of the Buck home. The family lost vehicles in the garage, jewelry, photographs and other heirlooms.

“Thirty years we had been in our home,” Buck said. “Everything in it was completely destroyed; there was nothing left but ashes and soot.”

There were 70 rekindle structure fires between 2015 and 2020 in Harris County and the five surrounding counties, according to the Texas State Fire Marshal’s Office. The estimated total damages for those were $3.1 million.

Nationwide, the annual damage estimates for rekindle fires are $85 million, according to the National Fire Protection Association.

The Klein Fire Department made a second trip to a home in the 16200 block of Cutten Road last August after an original fire reignited.

Klein Fire Chief Michael Gosselin said “no areas of concern were seen” after primary and secondary searches were conducted for remaining hot spots or areas of further fire.

But the property owner said even though insurance paid the policy limit for his loss, he estimates it will cost him another $20,000 out of pocket to rebuild.

“I have all the respect in the world for our firemen, they put their lives on the line,” Brown said. “But somebody missed something here, and it was very costly.”

Credit: KHOU
Rekindle fires cost an annual average of $85 million in damages nationwide, according to the National Fire Protection Association.

One retired firefighter, who now trains others, said the dreaded “R” word is demoralizing for anyone in the fire service.

To help prevent those mistakes, technology such as thermal imaging devices can help detect what a human eye can’t see behind sheetrock or in the ceiling of a home. But Angerer cautioned they are not infallible, especially when those operating the devices rush to clear a scene.

“It’s just a matter of slow down, take your time, be thorough in your search,” Angerer said. “If you have any doubt in your mind at all that the fire is not out, then you need to leave somebody there to watch if for a little while.”

For Amy Buck, the rekindle fire changed her family’s life forever. She hopes her tragedy is a wake-up call for all in the fire service to review how they do business.

“It’s very hard for me to drive up and see my home gone, realizing that you could be dead today if you have stayed there,” Buck said.

In a statement, Chief Amy Ramon said the Harris County Fire Marshal’s Office was not able to determine the cause of the second fire or its point of origin.

“Please know that the department trains regularly and the resulting loss was not due to a lack of quality training,” Ramon wrote in the statement. “Any conclusion or suggestion to the contrary is inaccurate.”