The Rodeo said its insurance company acted in bad faith and breached its contract when it denied coverage of the “all risks” policy worth more than $79 million. 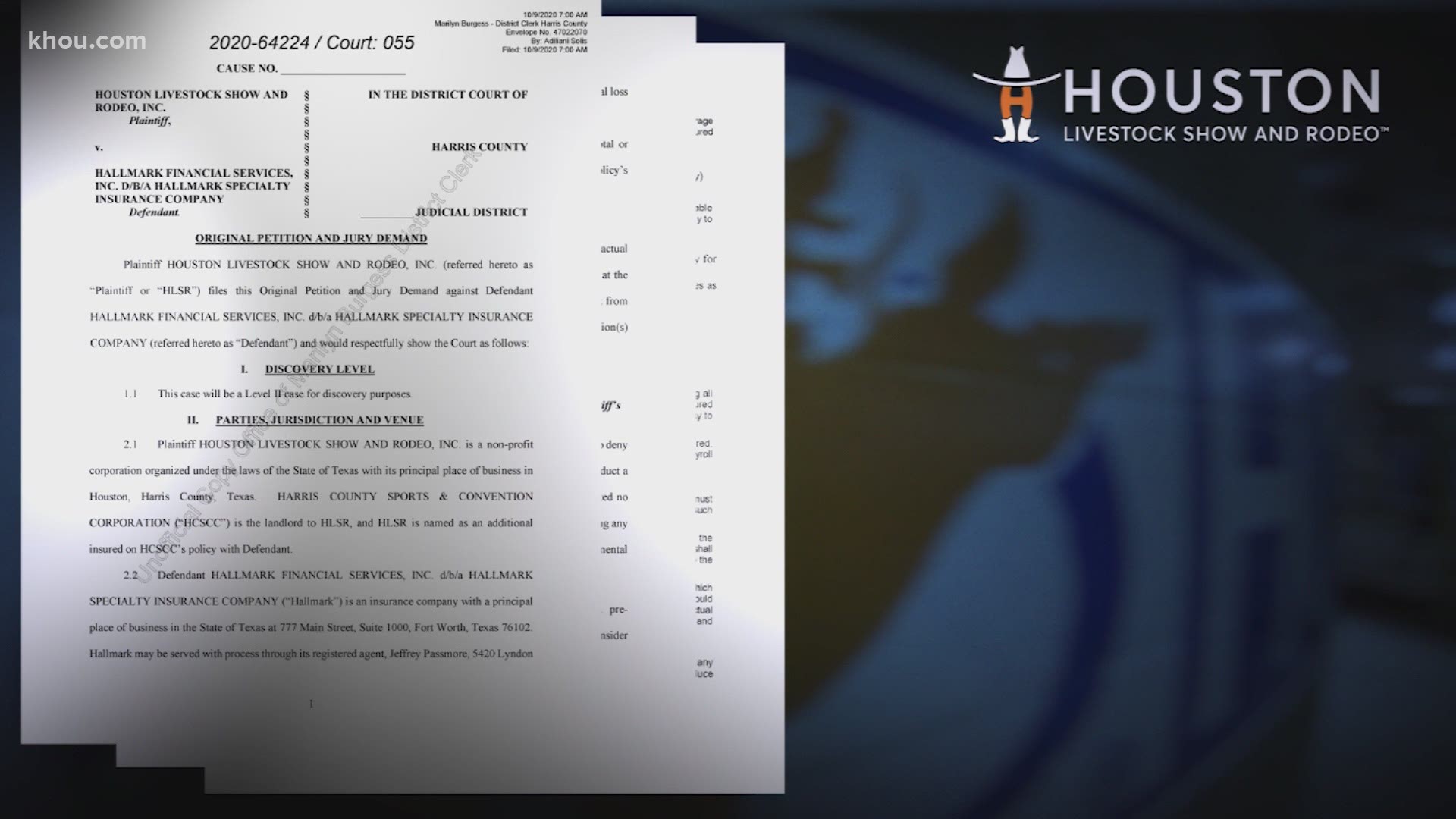 HOUSTON — The Houston Livestock Show and Rodeo is going to court to corral millions of dollars in COVID-19 loses that its insurance company is refusing to pay.

After the coronavirus forced Houston’s biggest party to shut down nearly two weeks early in March, Rodeo officials thought they were covered by business interruption insurance. But in a lawsuit filed Friday in Harris County District Court, it claims the Hallmark Specialty Insurance company acted in bad faith and breached its contract when it denied coverage of the Rodeo’s “all risks” policy worth more than $79 million.

“I don’t know that either side has a slam dunk argument,” said Seth Chandler, Law Foundation Professor at the UH Law Center.

Chandler said one of the key legal issues is whether the virus itself caused “actual physical loss and damage to property,” a requirement that triggers coverage under most business interruption policies.

“From the insurance company’s perspective, the fact that there’s a virus lurking on your property, or could be, is not a physical loss, it’s not a fire or tornado,” Chandler said.

But in the lawsuit, the Houston Livestock Show and Rodeo argues that the COVID-19 shutdown amounts to just that, a “property having lost its roof to a tornado, hurricane or fire.” That event, the lawsuit contends, resulted in a “total loss of business income.”

But in similar lawsuits filed across the country, Chandler said many judges have ruled in favor of the insurance companies.

“Most of the courts that have looked at this so far, have ruled that having a virus on your property isn’t physical damage,” Chandler said.

But the professor said don’t expect either side to go down easy with big money on the line.

In a statement, Rodeo officials said they hope to resolve the issue soon. A spokesman for Hallmark Specialty Insurance said it doesn't discuss individual claims about customers but pointed out that it is just one of a panel of companies that collectively provides coverage under the Rodeo’s policy.