The SalivaDirect test is easier, cheaper and results return as fast as three hours. 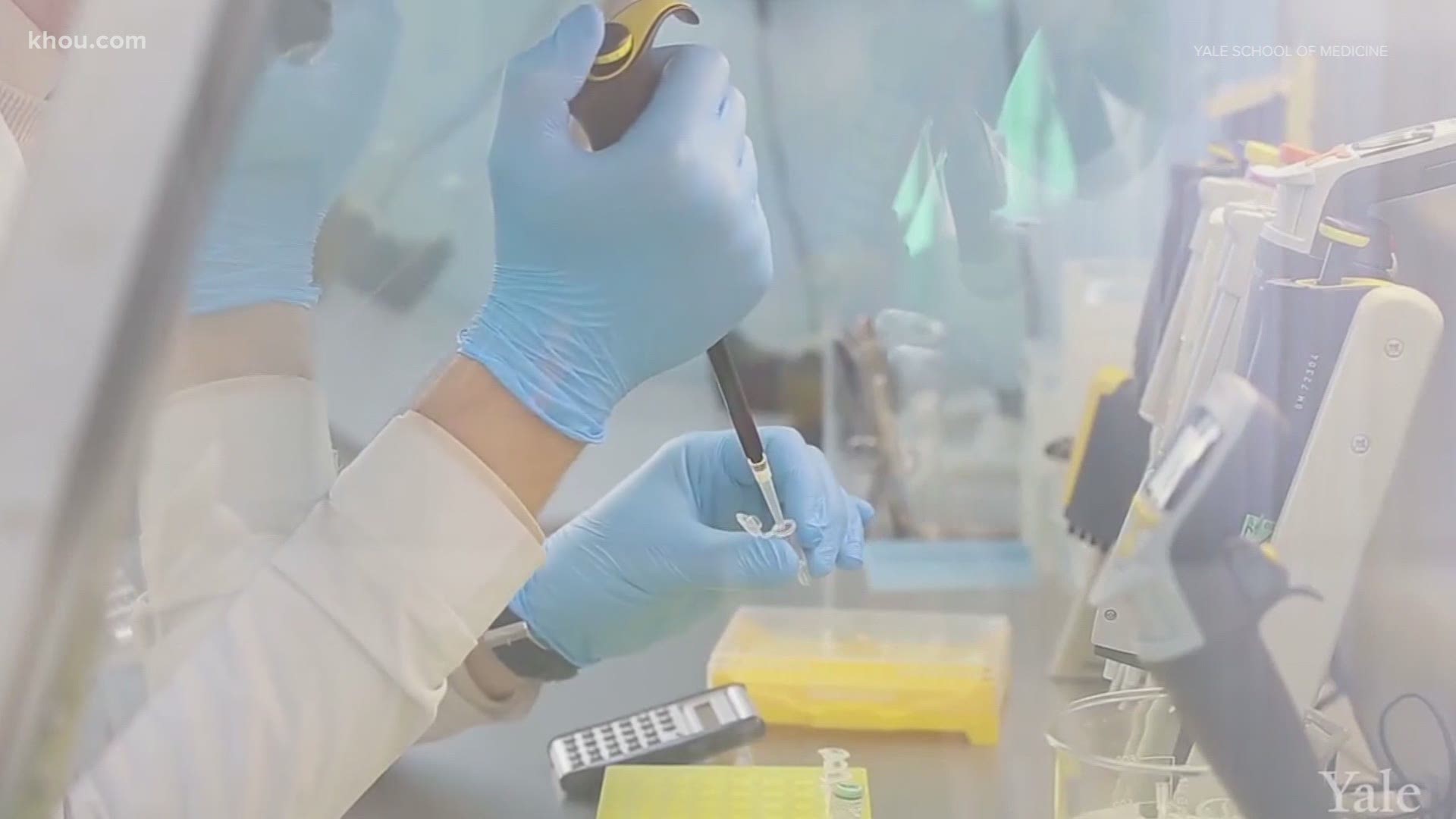 HOUSTON — The Food and Drug Administration has authorized a brand new saliva test. Experts say it's a faster, cheaper and easier way to get COVID-19 testing

"This test represents one of the first of waves of new rapid tests that will help us get to some semblance of normalcy faster," said Petrosino.

The test was developed by Yale's School of Medicine and the NBA. It's a saliva based test where patients spit into a tube. Yale says results come back as fast as three hours.

"Even if it's 24 hours, that's still a game-changer," said Petrosino. "You could test people multiple times a week."

Perhaps even more significant, it's 94% accurate rivaling PCR nasal swab tests. It's a test experts believe could help businesses and schools routinely monitor transmission and help them reopen safely. It's also a lot less uncomfortable then the nasal swab.

"A test that makes it easier for the person undergoing the test will lead them to come back and get tested again, so we can be sure that our workplaces, our schools, restaurants and bars are all safe for reopening," said Petrosino.

This will be the fifth saliva-based COVID-19 test approved by the FDA. Many already are being used in Houston, including outside Minute Maid Park.

But SalivaDirect will be cheaper, about $10 a test. It does not require specialized supplies. Yale and the NBA aren't making money off it. Instead making the protocol publicly available for wide use across the country.

"You can acquire the testing materials through different variety of companies and do it on your own from anywhere, so this will rapidly get the test to market," said Petrosino.

SalivaDirect tells us it's received hundreds of requests from folks interested in rolling out the test. That could happen as early as a few weeks.