Prospect Park's alcohol permit has been suspended for 30 days after TABC said it did not follow Gov. Greg Abbott's executive order. 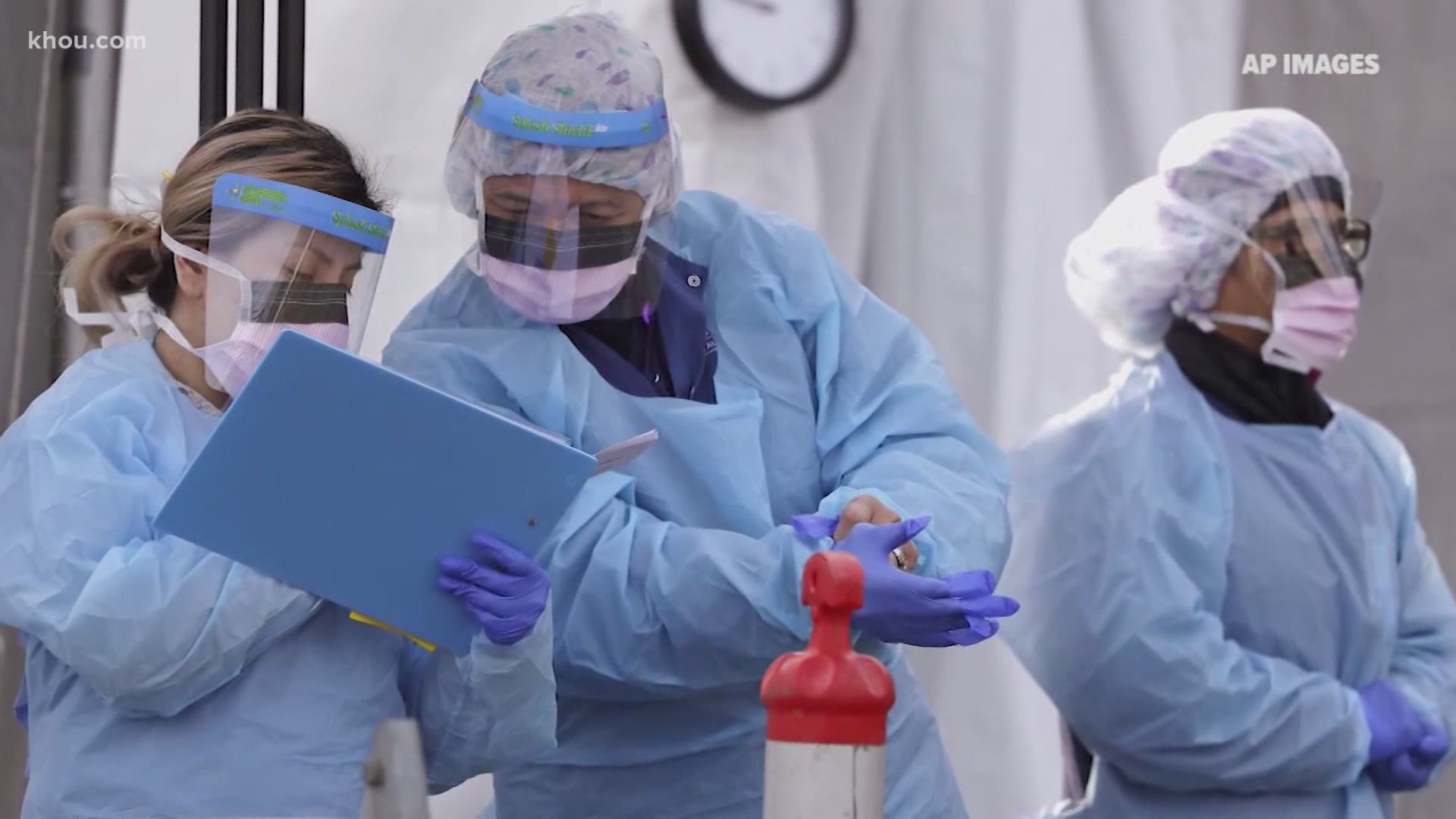 HOUSTON — Seven Texas bars, including two in the Houston area, had their alcohol permits suspended for 30 days after the Texas Alcoholic Beverage Commission said the establishments did not comply with an executive order from Gov. Greg Abbott that required bars to shut down to limit the spread of COVID-19.

TABC said agents visited nearly 1,500 businesses across the state last weekend. The agency said 59 establishments were operating in violation of Abbott's order. Of the 59 in violation, TABC said seven bars did not agree to suspend operations. Here are the establishments that refused to close:

Abbott issued the order on June 26 and bars were told to close at noon on Friday, June 26. Some, including one bar in Houston, refused to cease operations, prompting the permit suspension.

"The order, issued by Abbott on June 26, requires all bars earning at least 51% of their revenue from sales of alcohol to suspend operations. Restaurants earning less than 51% of their revenue from alcohol sales may continue to operate at 50% of their indoor seating capacity. Businesses that do not comply with the order face up to a 30-day suspension of their license to sell alcohol for the first violation, followed by up to a 60-day suspension for the second violation. Continued violations could result in additional penalties, including cancellation of the business’ alcohol license or permit," TABC said in a release.

On June 21, TABC announced that the alcohol permits for Handlebar Houston and BARge 25 in Seabrook would be suspended for 30 days after undercover operations determined the bars were not operating safely.

RELATED: How to report bars, restaurants and businesses not complying with COVID-19 orders

RELATED: 'In hindsight': Gov. Abbott says he should've delayed the opening of bars